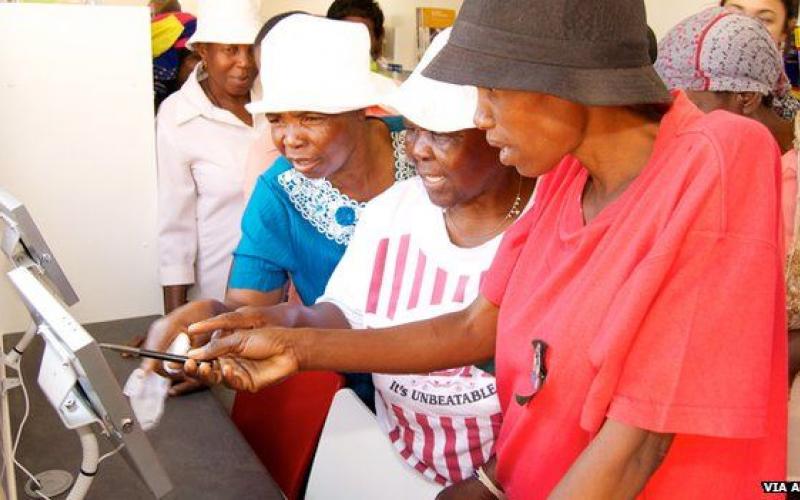 The South African Adult Educators Union (SAAEU)-Western Cape Region, is deeply disturbed by the continued harassment, intimidation underpayment and nonpayment of adult educators by the Department of Higher Education and Training (DHET) in the Western Cape Province.

The fact that we still have educators who have served for over five years but are still regarded as contract workers, is not an interesting read. This amounts to casualization of labour which is a crime according to international law. This is a gross violation of labour rights, which is inconsistent with the country’s supreme law and the Labour Act. It will be impossible to achieve a just, equal and quality education if the conditions of service for educators and learning environment for learners is not improved in the townships.

Whilst we maintain that Adult Community Education and Training (CET) is a noble initiative that could help to address the injustices of the past and present, with regards to improving the quality of life for our people and combating crime in black townships, we still believe that the program will miss its target if DHET does not show commitment in achieving inclusive education.

Though adult education is a critical sector for national development, educators have endured the most brutal working conditions reminiscent to slavery, never seen in any part of the modern world.

As such DHET must move fast to formalize and standardize the working conditions of educators in adult education centers around the country, to show compliance with legal instruments at local and international level. This will ensure job security for the hard working- educators in mostly crime infested communities and give value to education.

The constitution is very clear that workers must be paid timeously, but we have cases of educators who have gone for over eight months without a salary.

For DHET to assert that they are still waiting for educator’s monthly claims to pay salaries is just absurd and not acceptable. We have always said, there is no justification in delaying payment on the basis of some claims.

It is clear the claim system is just another strategy used by DHET to oppress the worker. We consider this to be criminal, incompetence and exploitation of the highest grade.

Exposing educators to these horrid and inhuman conditions where even toilet paper is a scarce resource is not only retrogressive but an infringement of their basic human rights and dignity.

To decide just not to pay adult educators employed on contract basis their 37% in lieu of benefits in addition to their monthly salaries is not only unfair but is a serious breach of the contract on the part of the employer.

It is further shocking to note that the majority of educators, in Western Cape region in particular, unlike other regions, earn far below the Poverty Datum Line (PDL).

We call upon DHET to respect the law by scrapping these slave wages and pay its employees in line with their RSQV standards. Failure to do so would amount to discrimination and unfair labor practice.

It is high time DHET started valuing the work of its employees without compromise and stop being indifferent.

We find it disturbing that there is no uniformity in salary scales among regions or even at the same center. This divide-and-rule strategy is not only unfortunate but counter-productive.

It is our position that the scrapping of key subjects such as isiXhosa and History in most under-resourced centers in Western Cape on grounds that DHET does not have money simply reflects lack of understanding of the significance of a people’s history and culture.

It is important to note that a people without a history and culture is doomed. It is this critical thinking that DHET has failed to understand.

There is no surer way of destroying a community than undermining its history and culture. Doing so will no doubt amount to a Bantu education system, whose main agenda is to decimate the black race.

Of concern also is the number of educators who will lose their jobs due to the removal of these subjects from the curriculum. Such a move is totally against the public interest and worsens poverty and suffering.

We believe education is a fundamental human right and to force students from poor communities to pay for it because DHET does not have money is just to deny them their right.

Instead of removing these critical subjects from the curriculum, we expect the department to add vocational subjects such as building, plumbing, catering, sewing and agriculture into the curriculum.

We, therefore, call upon the department to immediately reintroduce these critical subjects for the betterment of our communities. The sons and daughters of the poor deserve to learn just like the children of the bosses.

It is, therefore, imperative for DHET to show commitment and sincerity towards achieving equitable and inclusive education in South Africa.

We are afraid, if the situation is not addressed with urgency, it will soon backfire, with very serious legal and political implications.

We still maintain that the level of civilization of any country is measured by its ability to respect its own workers. South Africa, the largest economy in Africa, and touted as having the best constitution in the world, must lead by example. We demand conducive working conditions for better, quality, equal and inclusive education.