Home » Advocacy & Campaigns » We want our land back, King Mswati

We want our land back, King Mswati 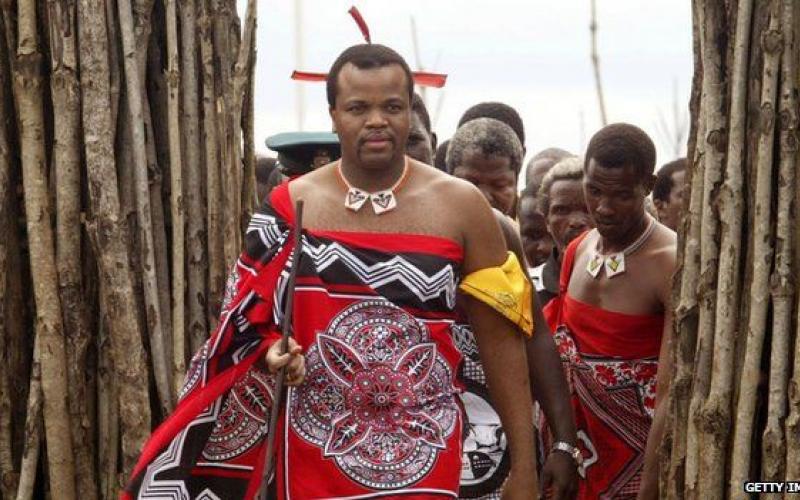 Swaziland’s government has been evicting farmers from their land to expand the monarchy-controlled sugar industry for decades. After years of empty promises that they could return, the children of farmers from Mbuluzi are fighting to get their land back.

John Sicelo Vilane was born in the Mafucula community in Eastern Swaziland in 1984; a year after his parents had been evicted from the village of Mbuluzi near the border to Mozambique, and relocated to Mafucula –which in siSwati literally means “having been thrown away” – by order of Swaziland’s absolute monarch.

“The late King Sobhuza II told the residents to give their land to Simunye Sugar Estates to expand its sugar cane growing business. They were told that the place they were being relocated to had water, roads, proper shelter, and that 15 years later the residents would relocate back to their land. Their houses were then demolished in front of them,” John Sicelo Vilane, who is the Secretary General of the Media Workers Union in Swaziland, explains.

“Arriving at their new home in Mafucula, they were shocked. It was a forest with no houses, no roads, no shelter, and no compensation. They were given caravans – the only assistance they got up until today – and built stick and mud houses that were washed away by the cyclone Domonia in 1984, the year I was born,” Vilane continues.

No security of tenure

Swaziland is an absolute monarchy where the word of the King is law. He appoints the government and controls parliament, the judiciary and the economy, and he also controls and benefits personally from the country’s largest export industry, sugar.

Swaziland, with a population shy of 1.5 million, is the fourth largest sugar producer in Africa, and sugar accounts for a fifth of its gross domestic product. For decades the monarchy has been harassing, evicting and forcefully relocating poor subsistence farmers without compensation to make way for sugar-cane fields controlled by King Mswati III.

For many years their plight was more or less overlooked, but in recent years the stories of the farmers are finally being listened to. In December 2018, Zingiswa Losi, the President of trade federation Congress of South African Trade Unions from neighbouring South Africa, Swaziland’s largest trade partner by far, met with sugar cane farmers from Mafucula, Vuvulane and Shewula – a meeting that John Sicelo Vilane attended. Here she promised to help them regain their land.

In a report from last year, Amnesty International described two cases of forced and unlawful evictions in Swaziland, concluding that the evictions were in violation of international and regional human rights law, and were a symptom of “a deeper underlying problem” to do with a lack of security of tenure.

And in a report from 2016, detailing the land confiscation in Swaziland’s sugar industry, the International Trade Union Confederation described how “the European Union and the United States of America must realise that by supporting Swaziland through sugar markets they are, in fact, propping up the Swazi regime.”

“We want our land back”

American independent watchdog organisation Freedom House stated in a press release from 2013 that the Swazi police “are increasing pressure on farmers resisting their unlawful evictions from land that they have occupied for generations.” A report from the organisation on Swaziland from the same year concluded that, “in Swaziland, property is insecure, and rightful owners have no effective redress in the legal system which places the king above all laws.”

So the farmers and their children from Mafucula, as well as other evicted Swazi farmers, have been forced to accept that they will not be given their land back without a fight.

When it was time to return to Mbuluzi 15 years later, as promised by King Sobhuza, the committee formed by the around 3.000 inhabitants of Mafucula was rebuffed by King Mswati III’s chief in the area and the sugar company.

“At the time we lacked those brave warriors who could have told the chief to pave way for negotiations with the company to resume. Now we, as the youth, have taken it upon ourselves to work the issue and take another step as a community,” John Sicelo Vilane says.

“Land is power and land is everything. Land is for us all to use, distribute and share equally. All that we want is justice, all we want is our land back, and the delaying tactics from the sugar company won’t solve anything,” he insists.

* Peter Kenworthy is a freelance journalist.