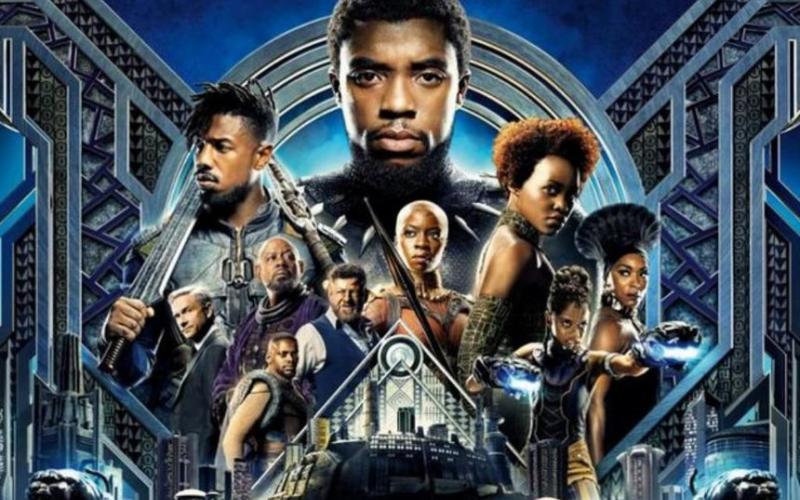 Hollywood expects everyone to cheer whenever African characters are starred as superheroes even if the roles assigned to them include the mass murder of fellow Africans while subtly promoting the interests of colonisers.

Hollywood films should always come with a consumer health warning to people of African descent: “Beware of The Ideology of the Aesthetic”, as Terry Eagleton would put it. With all the hype, Black Panther: Long Live the King falls under this manipulative ideological warfare genre and should have been subtitled, Down With The King, for subscribing to what Wole Soyinka would dismiss as the pseudo tradition of neo-Tarzanism.

Director and co-writer, Ryan Coogler, a fan of black comics, set out to make Black Panther exciting enough to most (especially to fans in the black community) to push pre-sale tickets to unprecedented levels for Marvel Films. The film offers black children heroes that look, talk, and costume like them and it tries to challenge the stereotypes of Africa as a poor continent. Aesthetically the film may have succeeded with the impressive production design of Hannah Beachler who also designed Beyoncé’s Lemonade and the story line of Africans fighting genocidal wars over who should sit on the throne shattered box office records to prove that African stories sell; but it still sucks.

The casting of an all-female Gadhafi-style praetorian guard led by General Okoye (Danai Gurira) has been hailed for revolutionising female roles beyond wives, wenches, witches, and whores. Innovative were the use of indigenous African knowledge of herbs to heal the wounded, the speaking of African languages with subtitles, the deployment of Nakia (Lupita Nyong’o) to free the Chibok girls in Sambisa forest, and the war and transportation technological gadgets built by Princess Shuri (Letitia Wright) who gave an unprovoked middle finger to her brother, T’Challa (Chadwick Boseman), prompting instant rebuke from Queen Angela Bassett. However, these innovations appeared to have been subordinated to the enduring narratives of white privilege in Africa. Nakia should have won the #MeToo pin to protest the pestering of T’Challa that she should quit her job as a top spy and marry him.

The demeaning of African leadership started with T’Chaka (John Kani) going all the way to Oakland to kill his brother and potential rival as the suspect who revealed the secret of their vibranium weapons technology to a Boer booty hunter. No European or American heads of state appeared because hunting spies is a low level national assignment that is never carried out by heads of state. If T’Chaka was the only one smart enough or protected enough to go after spies, why go and kill his own brother instead of going after the spies who stole the vibranium secret?

Eric Killmonger (Michael B. Jordan), the son of the murdered brother, now a deadly US veteran with notorious records in Afghanistan, returned with the body bag of the white bounty robber, Ulysses Klaue (Andy Serkis) that he had earlier served in organised crime. He killed Zuri, the kingmaker (Forest Whitaker), when he confessed that he was the snitch that ratted on his murdered father. He successfully challenged T’Challa for the throne in the Nollywood-like narrative (see Charles Okocha as Igwe 2Pac, with almost identical characterisation). Killmonger asked to be buried under the sea like his (Igbo) ancestors who chose to drown rather than be enslaved, an apt allusion to the fact that the Igbo also suffered the foundational genocide in postcolonial Africa during the Nigeria-Biafra conflict.

The returning African American prince was regarded as an outsider or foreign spy (perhaps for pronouncing the silent T in T’Challa and T’Chaka) whereas a known foreign spy (Martin Freeman as Everett K. Ross) was recruited in a fratricidal divide-and-conquer war for political power. It would have been better to organise a free and fair election and let Africans choose their leaders. The proposal by Killmonger to arm the African diaspora with vibranium weapons so that they could fight for freedom was rightly rejected by T’Challa who should have observed that the African diaspora are already armed and are killing one another instead of advancing the African love philosophy of Ubuntu.

After T’Chaka died, T’Challa had inherited the walkabout assignment to hunt the spies unsuccessfully to South Korea. The rest of the film was about how he lost the throne to cousin Killmonger before being revived for a battle royale that he won with the help of Ross, a Central Intelligence Agency spy, who was placed in the driving seat of a drone program that helped to massacre Africans. Okoye and the African women who served as guards fought bravely for whoever was the king on the throne but they could have fought such battles with the men to end monarchies and militarism across Africa and institutionalise decolonised democracies of scale.

The vast majority of Africans yearn for democratic systems of government and not for family dynasties that use the common mineral wealth to buy personal real estates in US “ghettoes” even if for the worthy goal of establishing a science exchange programme on a basketball court under the direction of a royal family member. The film started and ended with African American children playing basketball in Oakland, California and then flashed to Africa to show African children herding sheep as a deceptive cover to conceal the wealth and power of Wakanda.

There should have been schools and universities in a democratic Africa rather than a fiefdom of an absolute monarchy and African diaspora children should have been represented in school settings where they spent more time than on basketball courts. Instead of showing African children herding sheep that may not survive in the extreme sunshine of the continent, the film could have reflected the ongoing violence between cattle herders and farmers across Africa and tried to resolved such contradictions by promoting the establishment of ranches. Instead of going to America to establish a science exchange programme in the country that leads the world in scientific innovation, the film should have concentrated on spreading the marvels of Wakanda technology and science to the rest of Africa.

Disney and Marvel should have given credits to Nnedi Okoroafor, the Nigerian-American multi award-winning author of African futurism novels whose work appeared reflected throughout the film. Marvel must have been warned of possible intellectual property challenges by the author, hence they commissioned her to write the digital comics version of the film narrative in six parts from 13 December 2017 to 14 February 2018. On her Facebook page she reported that she was the first writer to use the phrase, Long Live the King, in a Marvel comic; but the question is, who will be the first to write, Freak The King in a pro-democracy movie plot promoting the People Republic of Africa?