How Harry Potter made imbeciles out of an entire generation 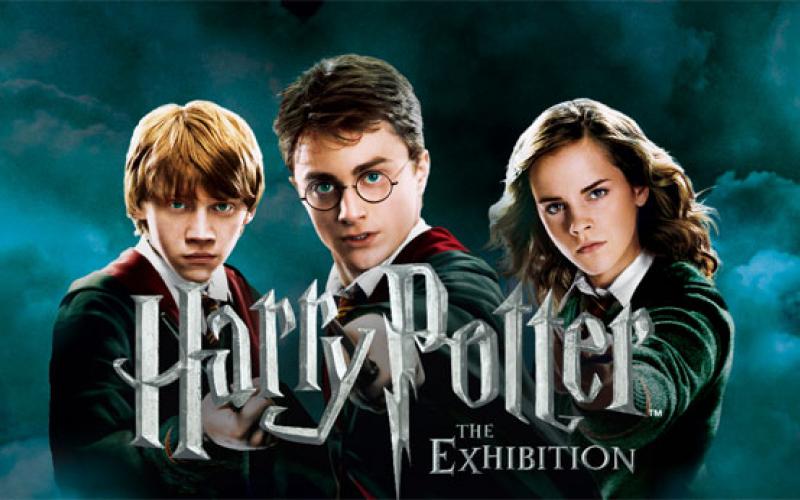 The last 20 years is globally the Harry Potter generation—a generation that has made a philosophy of life out of wishful thinking; the narcissism of the young stemming from a class that can afford and choose to remain imbeciles, we owe it to Harry Potter novels and films among other things.

What makes this generation of youth particularly self-centred is that they have allowed themselves to be indoctrinated by social media, television and films.

I refuse to make age-related distinctions. I agree with what the libertarian anarchist A. S. Neill says in Summerhill: A Radical Approach to Child Rearing: “I feel that years have little to do with one’s thinking. I know lads of twenty who are ninety, and men of sixty who are twenty. I am thinking in terms of freshness, enthusiasm, of lack of conservatism, of deadness, of pessimism.” An old moron is a young moron who has turned old and a young moron is a moron who has dedicated his or her youth to imitating the old. It is as simple as that. The lack of freshness and enthusiasm combined with an obsession with hackneyed, worn-out phrasing describes contemporary youth.

If by 20 you are burnt out because of an overdose of information without any contact with real people this leaves little scope for serious reflection. Experience is about people; you cannot experience life through the Internet and mobile phone. What is worse is the attempt to conform to the opinions of a group only because you don’t want to be left behind or are afraid of being alone – nothing is more dangerous than the inability to look at ideas from a critical distance. When people think in groups you are bound to have political leaders such as Donald Trump in the United States, Erdogan in Turkey and Narendra Modi in India.

The Harry Potter generation is trapped in fantasies of its own making. While living in the head it is a generation that has abandoned the heart. Fantasies originate in the brain; they have nothing to do with feelings. We have a whole generation that is desperate to feel with the brain and it is no surprise that depression is competing with heart disease for being the number one killer of the 21st century. In fact studies have proven that most heart-related ailments are because of stress that people are unable to cope with on a day-to-day basis.

The parents have no clue why the children are unhappy. The teachers couldn’t care less why the students are unhappy because they have enough on their plate without having to worry about the boy or girl’s psychological state. The young have no clue why they are unhappy. Feeding upon one’s fantasies becomes the solution to every problem. A fantasy by definition refutes time; people don’t grow up in fantasies simply because they don’t have to; they can stay in one and the same state forever. Thus we have a whole generation of “un-grown-ups” by choice. Again, to quote A. S. Neill:

“When I lecture to students at teacher training colleges and universities, I am often shocked at the ungrownupness of these lads and lasses stuffed with useless knowledge. They know a lot; they shine in dialectics; they can quote the classics but in their outlook on life many of them are infants. For they have been taught to know, but have not been allowed to feel. These students are friendly, pleasant eager, but something is lacking—the emotional factor, the power to subordinate thinking to feeling. I talk to these of a world they have missed and go on missing.

Their textbooks do not deal with human character, or with love, or with freedom, or with self-determination. And so the system goes on, aiming only at standards of book learning –goes on separating the head from the heart.”

The lack of feeling and unwillingness to take responsibility for life around go hand in hand. Everyone is a Che Guevara on Facebook and Twitter and nothing in reality. This is the Harry Potter that has successfully dulled the imagination of a generation; this includes the young and the not-so-young; teachers, parents, actors, writers and activists. If most people had a notion of what is it that would make them happy, I am certain they would find a ladder to step out of the wishing well and learn how to live and work things out with others.

Deadlier than the Ebola virus is this tendency to clothe unhappiness with some lofty goal such as loyalty to nation, family honour or a revolution that is supposed to happen at some point soon. This is nothing but emotional pain masquerading as a quest for social justice or some other utopian ideal which demands that others be sacrificed at the altar of an imaginary notion. Constant need to force one’s will upon others is bound to lead to conflict; it would not be an understatement to say that lynch mobs are a besieged lot that cannot bear to see how firmly they are trapped in a cage of failed dreams.

To have a sense of reality is to have a sense of entitlement and a sense of deserving what you think you should get out of life. But, this sense of deserving comes from the work that you do and your sense of commitment. What comes from a wish or a fantasy is a sense of ownership because you can own things and people in fantasies, something you could never do in reality. There is a whole generation of Harry Potters with a cosmic right to ownership who think they can become what they are not in the first place. I must instinctually be a dancer or a singer before I embark on singing or dancing. This applies to acting and all performing arts; it also applies to science, mathematics and history. You must instinctually have it in you to do certain things before you wish to do them.

Teachers of language rarely make mistakes when it comes to forming grammatically correct sentences; that doesn’t make them creative writers. Shakespeare is grammatically incorrect most of the time; that doesn’t stop him from being Shakespeare. A sense of ownership comes from a false translation of democracy into day-to-day life where because you have wished for something earnestly enough you believe that you should be having it. Unfortunately or fortunately nature has a different logic, which might not be the same as how we look at ourselves.

If we could only face the truth with a bit of honesty I am convinced that the depression that comes with disappointment, thanks to the cynicism which is the logical end of wishful thinking, would not be such a big problem as it has turned into in recent times. One merely has to face the truth about oneself and the world is not as hard a place as you imagine it to be. I am not an authority on the subject except that I allowed myself to be a victim of self-deception like most others for a good part of my life.

One of my favourite lines is from Charlie Chaplin’s Monsieur Verdoux where a character who is just out of prison, alone, hungry and homeless says, “Yet, life is wonderful. Everything, a spring morning, a summer’s night, music, art, love.” That in my view is what attachment to life is all about. It comes from pain and suffering; you love life in spite of the injustices of the world; you also love life because you are affected by the wounds made on your soul by the ignorant and the malicious who have a point to prove which is that they are bound to chains of self-inflicted misery from which they have no intention to break free any time soon.

Real freedom is in the attempt to find happiness no matter what the situation. Mental clarity with respect to one’s goals can only be achieved when one is not emotionally disconnected from the world around. In a moving scene from Human Landscapes by Nazm Hikmet, one of the prisoners who is set free and is out in the open is overwhelmed with joy at the sight of the world outside. However, a couple of days later, he is suddenly “dizzy as if hit with coal fumes/ and sadness overcame him like nausea.” He remembers his friends in prison, which include murderers, rapists and bandits and longs for a moment to be back with them. Even though the experience of freedom is beautiful, at that point it does not carry so much value to him as being with his friends. “He rubbed his forehead/ to hide his tears.” Hikmet brings out the fact that nobody values isolation; somewhere lives are intertwined with people we want to be with irrespective of where they come from.

If the Harry Potter generation is not keen on investing in memory it is because memories exist only where there is fellow feeling. In the isolation of one’s fantasies there is no space for memories. In the refusal to reach out to people because it might take one’s time or space; in the terrible fear that one could be taken for granted or used by others; in overpricing one’s own likes and dislikes we have made it impossible for any sharing which is not always about agreeing on everything. Both pain and joy are ennobled through shared memory. Just because people look “happy” on Facebook, that is no proof that they are. In fact as the rhyme goes if you know that you are happy your face is bound to show it without you having to make a declaration. In his last poem Yeats asks Irish poets to:

Scorn the sort now growing up

All out of shape from toe to top,

Their unremembering hearts and heads

Base-born products of base beds. (Under Ben Bulben)

Nothing defines the Harry Potter generation that is “now growing up” better than “their un-remembering hearts and heads.” What Yeats calls “remembering” is not about nostalgia or sentimental attachment to the past; it is about feeling with people; it is about discovering the light not at the end of the tunnel but somewhere in the middle where things are at the darkest; while it is never about ownership it is always about belonging.