Home » Arts & Books » The Lost Boys of Bird Island: No one cares when black boys are raped

The Lost Boys of Bird Island: No one cares when black boys are raped 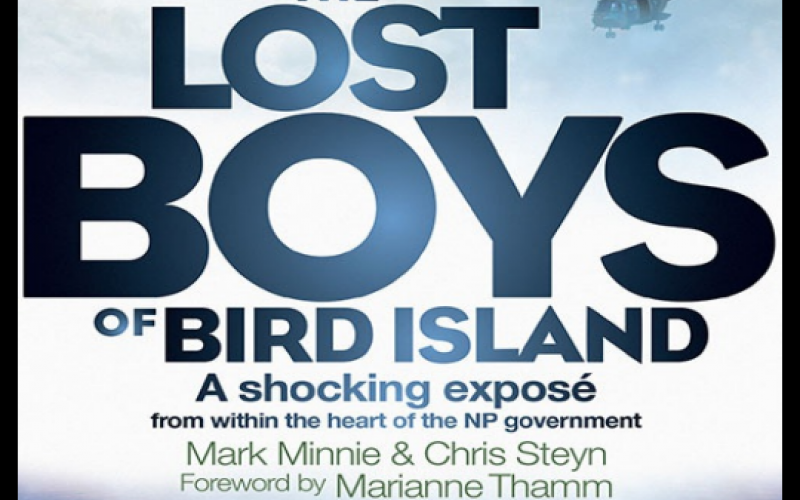 The author reviews the book The Lost Boys of Bird Island, which reveals how black children in South Africa were kidnapped, violated, raped and molested by senior apartheid government ministers and businessmen in the 1980s.

On the 5th of August, a former apartheid detective, Mark Minnie and a journalist, Chris Steyn, released a joint book titled The Lost Boys of Bird Island. The book chronicled Mark’s drinking habits, their awkward encounters and mistrust for one another, and in the back-drop of this self-absorbed narration about their typical white lives, the book reveals how black children were kidnapped, violated, raped and molested by senior apartheid government ministers and businessmen in the 1980s.

Perhaps it is not surprising that even when white people play a role of aiding black victims, they almost unconsciously centre themselves in the situation. Mark draws up more sympathy for his broken pinky finger after a bar fight than the actual victims of sexual assault. The white writers almost distance the black victims from the crux of the sexual violations that they survived, negating their lives and the trauma that they experienced to the point where you would think they were just supporting characters in a young adult detective novel and not actual victims who were dehumanised and violated by racist paedophiles.

The Lost Boys of Bird Island uncovers a sickening white supremacist paedophile ring that abducted black boys, flew them to multiple sites, Bird Island near Port Elizabeth being the most common, to rape and molest them. Some of the boys that were kidnapped were as young as 11 years old. They were reportedly given drugs and liquor on some occasions and then molested and passed around.

We learn about Dave Allen who “committed suicide” a few days after a child named *Igor summed up the courage to speak out when his older brother was hospitalised after a gun was shoved up his anus and discharged. Barely surviving, Igor’s brother was treated by white surgeons and nurses that were given hush-money to be quiet about the violent assault.

Amongst the National Party ministers involved in the paedophile ring are John Wiley, who died a few weeks after Dave Allen, Magnus Malan went on about his life until his demise in 2011 and then there is one living apartheid minister that to this day, is being protected by the media, the police, the law and the publishing company Tafelberg. It is worth noting that although the third known minister is being protected, Barend du Plessis, who was the Finance Minister in Pieter Willem Botha’s cabinet, released a statement exonerating himself without even being named. Barend du Plessis’s statement is unusual because innocent men don’t randomly deny doing crimes their names are not mentioned in.

One thing is for certain though; no one cares when black males are raped too. Black women, children and clearly even black men are fundamentally no match for a perpetually racist society. There is no outrage, no one calling for justice for these black boys because a white supremacist society does not regard the assault on black bodies by white people as a criminal act. Whenever black men are accused of some heinous crime, there is outrage stretching across oceans, the silence in the case of white men molesting black kids in a paedophile cult is a very intentional attempt to exonerate white men and distance them from the atrocities. In the wake of the #TotalShutdown protests, black men historically being characterised as violent sexual predators has turned them into silenced survivors of abuse, while white men continue to be empowered to sexually assault black bodies without consequences.

The unprecedented level of silence surrounding the release of the book and the details of the heinous sexual assaults committed by white men is an indictment on the many organisations that make millions by claiming to fight for rape victims. It is an indictment on the law enforcement of this country [South Africa], the government and the mainstream media itself for a piss poor attempt at investigative journalism. The ineffectiveness of these instruments of change when black men and black boys are the victims not the perpetrators, is an anti-black disposition where black people, particularly black males are seen as innately dangerous, immune from victimisation, eternally guilty and therefore not worthy of any kind of protection.

South Africa’s justice system and human rights organisations, or lack there of, are a pro-white travesty and when more truth comes to light, the perpetrators and their enablers deserve to be treated with the disgust and outrage they invoke. Until then, it the duty of every black person to call for justice at the top of our lungs, including feminists, scholars and politicians, and do everything humanly possible to make sure the surviving “Lost boys” get the justice that they have been denied for three decades

*Not his real name

** Thabi Myeni is a student and member of the Black First Land First movement in South Africa. She can be contacted at <[email protected]>