Home » Arts & Books » Us: We have met the enemies and they are us

Us: We have met the enemies and they are us 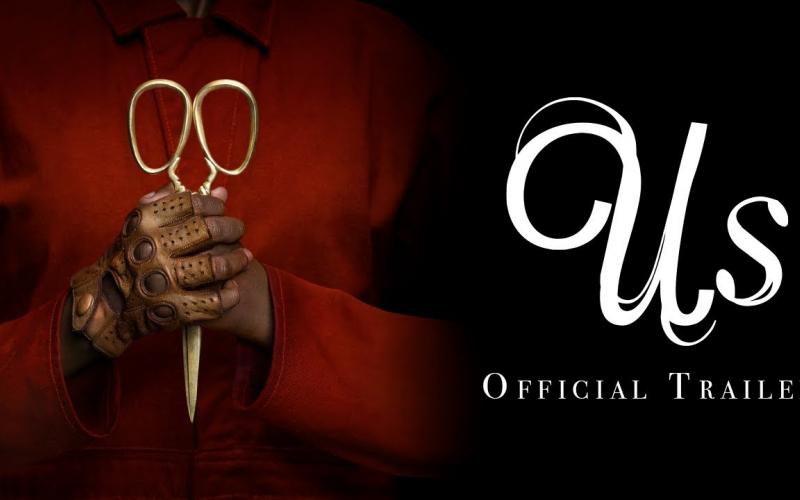 In this review of the American film Us, the author highlights the movie’s core message that most of the times, we, human beings, are our own enemies.

The film, Us, written, directed and co-produced by Jordan Peele, is a clever metaphor for the United States of America. The statement that “we have met the enemy and he is us” is attributed to popular United States characters from Abraham Lincoln, to Roosevelt and to the cartoon character, Pogo. This was repeated by the mirror image of Lupita Nyongo’s characters (Adelaide Wilson and the double, Red) who said in a strange foreign accent, “we are American”.

Exceptions to this criminological law of domestic terrorism as mass “homicide” is when white people travel thousands of miles to invade and conquer indigenous people and commit genocide against them to steal their land, labour and resources. But even then, they kill lots of fellow white people to decide which group would be the ones to claim ownership over new colonies and the wealth therein. The scramble for Africa was what led to both the first and the second imperialist world wars in which an estimated 80 million, mostly white people, were killed by people who looked like them, according to W.E.B. Du Bois.

The germinal idea of the movie is that everyone has a shadow that we tend to ignore while we have fun without realising that the shadow people are jealous of us and would like to come out of the shadows to enjoy the good things in life. The quotation of Jeremiah 11:11 may mislead many into thinking that the epidemic of violence in the world was brought by God who refuses to listen to cries for help because the people are wicked sinners. But as Ola Rotimi stated in his reinterpretation of Oedipus Rex during the genocidal war against Biafra in Nigeria, The Gods Are Not To Blame.

A father (Winston Duke as Gabe Wilson and the double Abraham) obsessed with winning fair-ground games, neglected to watch over his daughter who wandered off and found herself in an attraction spot that invited the visitor to “find yourself”. The distraction that digital games cause in families is imagined here. The young girl entered the house of mirrors and found her own double image who yearned to come out of the mirror and join her in the real world but she screamed and ran out of the place (or she was kidnapped by the mirror image and chained to a bed to enable her to steal the identity of the girl, a twist in the tale suggested towards the end, spoiler alert).

The trauma made the girl unable to speak until a psychiatrist advised her parents to try arts therapy and ballet classes that she ended up enjoying with the invisible shadow. Now grown up with a middle-class family of her own, the woman (Lupita Nyongo) is persuaded by her rich husband to go back to the fair-ground beach for a family holiday and she reluctantly agrees.

Then she realises that she was not the only one with a living shadow, everyone is followed by a shadow that wishes to kill the original and replace them in the world with the simulacra shadow images.

The family is attacked in their holiday home by a family that looks exactly like them. “They are us”, they realised. In shock, they tried to run away but the shadow remained with them. They fled in their new boat to their white family friends for help when the police failed to answer their 911 calls. But they only found that the shadows of the white family had already murdered them while Alexa played “F*** the Police” by N.W.A. instead of calling the police as the frightened white woman had requested. The African American family that fled from their own house now fought back and killed the mass murderer white shadow clones that killed their white family friends. This is probably an allusion to the fact that people of African descent fought in the wars between European nations to save one group from being murdered by another group of white people. Injustice anywhere is a threat to justice everywhere.

Contributing to the discourse of gun control, the movie created a world without guns but the crude weapons of scissors and baseball bats, arson and spear wielded by the heroic family and the triumphant shadows dressed in red show that guns are not the only deadly weapons of mass destruction.

The root cause of the violence, the movie suggested, is that while parents scream at their son for saying to his sister, “Kiss my a**”, the same parents were happy to invite the children to sing along to a song that glorified drugs addiction. The white family drank hard liquor as medicine but neither family ever sat down to nourish the body with food or sleep nor was there any schooling for the children. A teenage girl was congratulated by her parents for using a car as a weapon with which to kill another teenage girl that looked like her and her mother went to make sure that she was dead. Her brother set his own clone on fire by mere will power after watching his mother stab another woman to death. The father even boasted of killing himself. Something is terribly wrong with a society in which parents bragged with their children about who killed more people that looked like them.

The shadow attackers were forming a human chain by holding hands across the map of the United States, but holding hands represented division between humans and shadows instead of global unity. By dressing them in red, the film director may be suggesting that they represented a communist threat from a different world out there. In reality, the threat of the revenge of the mirror people is a home-grown threat, the film emphasises, though the guttural foreign accent of the mirror people feeds into xenophobia.

The film echoes the postmodern theory of Jean Baudrillard who imagined what it would feel like for the mirror images to take a revenge against the real world or what he called the revenge of the crystal. What if virtual reality murders reality and replaces everything with the simulacrum to such an extent that what matters is the difference between good and evil and not the distinction between real and fake? He concluded that the result would be a fatal strategy according to which:

... the human being can find a greater boredom in vacations than in everyday life—a boredom intensified because comprised of all the elements of happiness and distraction. The main point is the predestination of vacations to boredom, the bitter and triumphal presentiment of its inescapability. Do people really disavow their everyday life when they seek an alternative to it?

On the contrary, they embrace it as their fate: they intensify it in appearances of the contrary, they immerse themselves in it to the point of ecstasy, and they confirm the monotony of it by an even greater monotony. If one doesn’t understand that, one understands nothing of this collective stupefaction, since it is a magnificent act of excess. I am not joking; people don’t want to be amused, they seek a fatal distraction.  – Jean Baudrillard, Fatal Strategies.

The hidden message of the film is that if we are our own worst enemies, then we could actually secure more peace by loving ourselves more. Instead of saying that sometimes you want to kill your husband just for fixing you a drink, how about saying thanks? Instead of grabbing a baseball bat to confront the mirror image at the driveway who are probably neighbours, why not try inviting them in for a drink? Peacemaking Criminology by Pepinsky and others suggests that we can choose to go down the path of peace and reject the path of war because war leads to more violence.

Once you know that the people attacking you are your mirror images, why not smile and say that the only way they could hurt you is if you hurt yourself because they are just mimic people. Unfortunately, the real world glamorises suicide and warfare more than loving acts of kindness and so there are no Love Institutes around the world where Military Schools are preferred. Love the enemy as yourself because sometimes you are your own worst enemy, implied Martin Luther King Jr., following the gospel of Jesus Christ.