Working class: Tale of a multitude 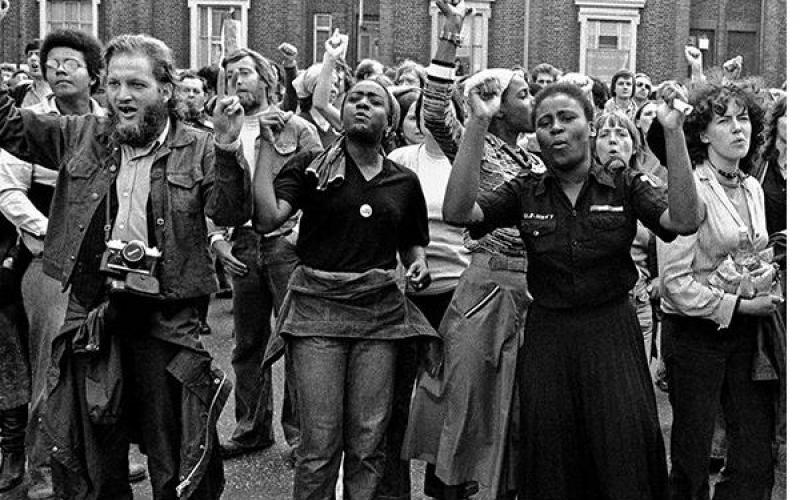 This is part two of a seven-part series of the review of Can the Working Class Change the World?.

The tales talk about members of the class – wage labourers, salaried employees, peasants without land or with small pieces of lands, women engaged everyday with domestic drudgery, millions toiling in prisons, street vendors, children with backs bent by bone-breaking labour, street sellers of trinkets in Mexico City, and in places beyond count. It is a worldwide prison for wage-slaves. It is a tale of hundreds of millions pushed into the dark dungeon of ignorance. It is a tale of the exploiters’ power of keeping these billions ignorant about the source of their exploitation, and about the ideology and politics that helps maintain it.

However, there are problems in identifying a member of the working class. Should a member of a ruling class-machine steamrolling a society be considered a member of the working class? The same question goes with a chief executive officer, a person employed by a board of directors with the specific demand to increase profit by whipping labour, threatening workers with job loss and worse. The same question applies to an entertainer on a cruise liner, a cheerleader in a stadium, a hawker selling peanuts on a Kolkata street, an old, blind beggar in Mumbai. The same question goes with debtors chained by micro-credit in rural Bangladesh and in Bangladesh city slums.

“The working class”, chapter one of Can the Working Class Change the World?, discusses the question this way:

“What exactly is the working class? Is everyone who works for a wage a member of it? Perhaps in an abstract sense, this is so. But in terms of changing the world, this is a useless definition. Police and prison guards have labour unions. They are paid wages and take orders from supervisors. They are clearly workers. But they are not champions of the rights of other employees. Quite the contrary, as all of capitalist history shows.”

“To include the CEO of Goldman Sachs in the working class along with farm labourers makes a mockery of the very con­ception of a class that could create a new world.

“By contrast, professional athletes, actors, and musicians, some of whom earn extremely high wages, at least in the United States and a few other countries, are potential allies of radical transfor­mation. They often grew up poor and have sympathy for those who are oppressed, particularly people of colour, as evidenced by their support for an end to police brutality in minority communi­ties. In addition, not all of those in these occupations are rich, and they face insecurities like those of most workers. The labour of other relatively well-remunerated employees, such as doctors, engineers, and college professors, is also becoming more like those of most workers. Physicians are as likely today to work for hospitals as to be in private practice. Their jobs and those of other profession­als are facing many of the modern forms of corporate control of the labour process – constant surveillance, de-skilling, mechanisa­tion – as most other workers have long endured.”

Michael Yates, a labour educator for 30 years, elaborates the answer as he mentions, “[a] much larger group consists of everyone who works full-time doing unpaid reproductive labour, efforts that are critical for the production of the labour force. Largely comprising women, this group’s work [….] greatly profits employers […] To exclude the millions who do these things full-time from the working class would be to exclude an enormous number of people with grievances severe enough that they might want to radically transform the world. […] Given that the unemployed are potential wage labourers, they are part of the working class. There are also millions worldwide who are not in the labour force, which is defined as the employed plus the unemployed.”

Michael Yates presents his argument: “There has been considerable debate as to whether peasants are workers. They are, for the most part, small farmers and hence not wage earners. Strictly speaking, then, they are not employ­ees. However, given their exploitation at the hands of landlords, their often-appalling treatment by the state, and their willingness to revolt, they are potential allies of the working class. And they often engage in some wage labour to make ends meet. Their chil­dren take jobs in the cities and send money home. Peasants are typically not far removed from the working class. Their struggles should be universally supported by working people. [….] The two to three billion peasants worldwide often […] do wage labour at some time during the year.”

This argument based on facts is significant. It widens the barricade of the working class and its allies, helps define slogans of the working class, and also helps identify fronts of the fight. He tells it explicitly as he refers to Mao Zedong: “The worker-peasant alliance Mao Zedong worked to establish in China is a worthy goal today.” [emphasis added]

With the increase in farm efficiency resulting from mechanisation, a huge number of peasants turn redundant. Michael Yates questions: “What happens to redundant peasants?” He answers: “They become members of the reserve army”.

There are, Michael Yates writes, “slums, teeming with jobless and property-less people. A common way to earn a living in such places is to sell something in what are called ‘informal markets’.” The poor in the informal market is also part of the working class. “Hundreds of millions of men, women, and children are” in this informal market.

“There are”, informs Michael Yates, “tens of millions in the world who are involuntary part-time workers, meaning that they are partly employed and unemployed.” The professor of economics cites his story: “At one time, I did several types of work during the same period. I was a full-time college teacher, an independent contractor, and a part-time teacher. Such dispa­rate work locations can generate conflicting feelings about one’s class position and the potential for solidarity with others.”

The chapter discusses the working class quantitatively and qualitatively. Based on a categorisation of activities by labour expert Ursula Huws, Michael Yates points out a major power of the working class: “[A]s more work is done under the necessary condition that capitalists make money, the power of workers is increased […] The capacity of those who labour for wages to shut down production represents a tremendous potential power, which could be harnessed to help change the world.”

This chapter of the book proceeds further – from work to workers. It presents the following figure: “For 2018, the ILO estimates a global labour force of just under 3.5 billion, out of a population of 7.6 billion.” On the reserve army of labour, it cites the following figure: “Sociologist Jamil Jonna calculated, using ILO data for 2011, [there is] a reserve army that is more than 70 percent larger than the number of wage and salary workers.”

And, Michael Yates again makes another bold claim in his book: “[A]t any given time, there are several billion people working, in the reserve army of labour, or peasants. Should ways be found to organise and unify, say, even 20 percent of them, they could surely change the world.”

He focuses on another aspect, no less important for the ascertaining equation of class power:

“There is an enormous global middle class, roughly those households whose incomes (most, but not all, of which are wages) lie between the 30th and 70th per­centiles of the income distribution. Economist and expert on global inequality Branco Milanovic has shown that there are about 380 million people in this group from China, India, Indonesia, Brazil, and Egypt alone. As incomes in this segment of the world’s work­ing classes have risen, it may be that many within it might rationally believe they have a stake in the political and economic status quo. They might not have much commitment to changing the world.”

After discussing qualitative aspect, the chapter concludes by a telling reality about the original divide – the working class and the rich: “[T]he work­ing class labours under harsh conditions, with precariousness the norm. And […] a relatively small number of individuals can be rich and powerful.” This divide is as old as the advent of class-based society. To change the world, this divide has to be reconciled.

As chapter one of Can the Working Class Change the World?defines the working class and its allies, Mao’s suggestion emerges: “To ensure that we will definitely achieve success in our revolution and will not lead the masses astray, we must pay attention to uniting with our real friends in order to attack our real enemies.” (“Analysis of classes in Chinese society”) The book, thus, helps assess power of the working class.