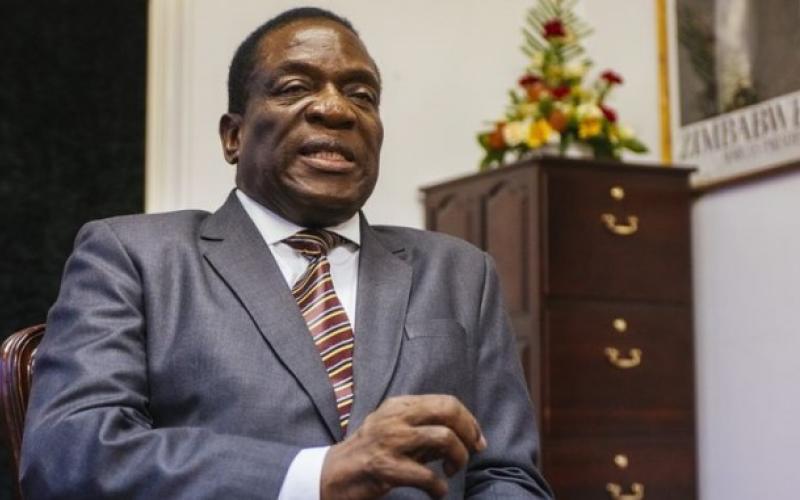 The recent grenade attack in Bulawayo, Zimbabwe has been described by close allies of the president, as an assassination attempt against President Emmerson Mnangagwa. Whether that is true or not remains to be seen.  What is a fact is that the president might have politically benefited from that unfortunate event.

Wonders never cease! It is just a few days (23 June 2018 to be exact) that, President Emmerson Mnangagwa of Zimbabwe escaped an assassination attempt during a rally in Bulawayo. Then during the famous British Broadcasting Corporation (BBC)’s Focus on Africa programme on 27 June 2018, an interviewer puts a question to President Mnangagwa (nicknamed crocodile) challenging him in his past record of brutality as a key figure in Zimbabwe African National Union-Patriotic Front (ZANU-PF).  And Mnangagwa uses a killer metaphor: “I am soft as wool”. Really? This was followed by a triumphalistic smile on his face that must have earned him a few more political supporters and admirers.

I guess just like Mnangagwa, many are wondering whether he actually meant what he said: “I am soft as wool.”  If President Mnangagwa really meant what he said, and only time will tell, then this is a phenomenal political conversion akin to the one of Saint Paul from Saul.  The theoretical framework to guide this brief assessment of Mnangagwa and his impending victory come end of July elections is political psychology and Machiavellianism.

Since we are in the middle of the world cup season (as Mnangagwa was being interviewed, Brazil and Serbia were warming up for a show down), the best label is to call Mnangagwa a “political Maradona.” He can sail through all manner of political turmoil and emerge unscathed.  Did he not survive his hitherto political ally, Robert Mugabe? He also hinted that he has survived numerous assassination attempts on his life—he was a guerrilla fighter during the struggle for Zimbabwe’s independence.  He clearly knows a thing or two about military and political survival tactics.

Given this background of accumulated survival strategies, conspiracy theorists may even hazard a hypothesis that his recent assassination attempt may have been stage-managed.  That conspiratorial path is a tricky one: at least two people died and more than 47 people were injured, some with very serious injuries in the grenade attack and Mnangagwa himself escaped by a whisker.  This seems real.  The crocodile, just like the cat, has nine lives.

An assassination attempt on a popular politician just like the one tried on Dr. Abiy Ahmed, Prime Minister of Ethiopia (coincidentally on the same day), only triples one’s popularity.  Human emotions being what they are, easily shift to a victim of unjustified violence or attack. Trying to assassinate a political celebrity only increases their political capital. First, there is news coverage that goes viral. Second, sympathy.  Elections are just close at the corner, so Mnangagwa will maximally use this unfortunate attempt on his life. Did he not earn a BBC interview in which he rebranded himself: “Soft as Wool”?  It will be hard for his political rivals like Nelson Chamisa [presidential candidate of the opposition Movement for Democratic—MDC Change] to defeat him.

“Soft as wool”: Political conversion or not?

The fundamental question in every one’s mind, including Mnangagwa, is whether we are witnessing a Pauline conversion of sorts, in Zimbabwe’s most feared political strategist.  Machiavelli, the famous Florentine diplomat and political thinker (he would not pass for a theorist since he focused on practice of statecraft), whom I guess President Mnangagwa knows too well, advised those who wish to hold onto power to learn the delicate skill of pretence or feigning.  If you are weak, pretend to be strong, if you are strong pretend to be weak. If you are afraid pretend to be courageous, if courageous pretend to be timid, and so forth and so on. That way, you deceive the enemy.

“Soft as wool” juicy simile from Mnangagwa clearly confounded listeners.  Two possibilities. First, President Mnangagwa who is judged by many as a cool and calculating political survival of phenomenal survival instincts has the ultimate prize just ahead.  He might have done all the political mischief under his chief mentor Robert Mugabe, and now he says, “I have fought a good fight, I am about to win the race, I have kept the political faith” to paraphrase the words of Saint Paul.  No one about the crown his political journey with an electoral victory will in their right minds ruin such a career with past Machiavellian methods of man eat man society, that ended the political career of “Uncle Bob” with a near tragedy.  Mnangagwa, an astute student of politics (he is also an educated lawyer), cannot at this time risk repeating the same mistakes that brought Zimbabwe to the brink of collapse.  So the “Soft as wool” simile is apt and real, and heralds a new twist in Zimbabwe’s politics.  But this paradigm shift will be put to the test during and after the July elections.

Will “Soft as wool” deliver the political prize to Mnangagwa?

To be blunt, I do not see how the dozens of political parties that just emerged to contest the July elections will give Emmerson a run for his money. They are just too many to pose a serious threat.  Had they all formed a formidable united opposition front they would have a chance. ZANU-PF, hate it or love it, still enjoys some popularity in the rural areas of Zimbabwe like Mfakose, Murazabani, Chitungwiza, Gokwe.  True, some sections of ZANU-PF have broken away to follow Amai Joice Mujuru (another powerful politician and former ZANU-PF insider).

Grace Mugabe and Uncle Bob will also snatch some votes but their fall from grace will not go anywhere politically speaking.  Chamisa the young, charismatic MDC leader will no doubt take a big chunk of the votes mainly from the elite urbanites, but the split opposition will not allow sizeable gain.  So clearly, assuming other factors constant (rarely do we find constants in politics), Mnangagwa the “soft wool” will most likely win the forthcoming elections. One piece of advice for him: “turn as soft wool” into “soft power” and you will win over the hearts of the Zimbabweans and end the sad legacy that ZANU-PF ushered in.  Drop Machiavelli’s The Prince and pick Joseph Nye’s Soft Power.

And hopefully, this will also be the time for ZANU-PF to say: “we have done our part, delivered Zimbabwe from the colonial clutches, and now it is time for another party such as MDC to take the country to the next level.”  Only this will be the true test of whether Mnangagwa is indeed “as soft as wool.”  But first let Zimbabwe also have elections that are “as soft as wool.”  And for those who are still resorting to violence in their political ambitions, both in Zimbabwe and Ethiopia, let them learn that the politics of assassination are over, and they should learn the path of reconciliation, peace and negotiation.

* Doctor Odomaro Mubangizi is Dean of the Philosophy Department at the Institute of Philosophy and Theology in Addis Ababa, Ethiopia. He is also Editor of Justice, Peace and Environment Bulletin.