Home » Democracy & Governance » Is African culture an obstacle to democracy and development?

Is African culture an obstacle to democracy and development? 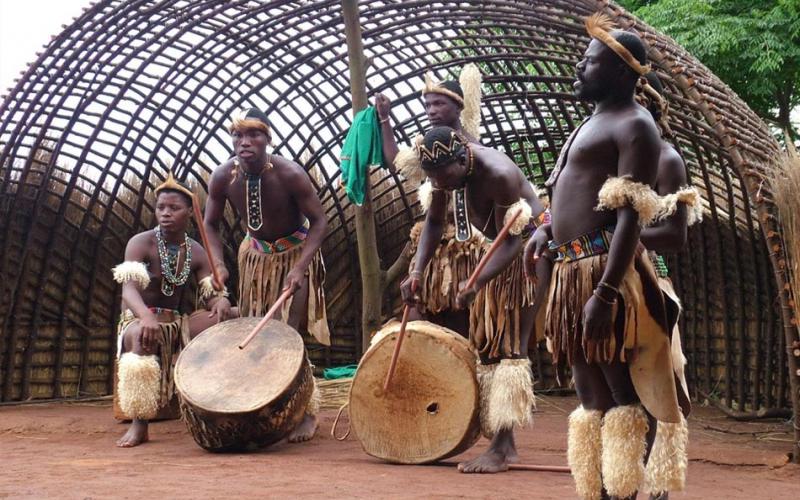 African cultures contain elements that may enhance or undermine democracy and development. Because cultures change over time, it is up to Africans to critically examine their own beliefs and practices to see how best they can use these to advance the interests of their people.

The question is often asked whether African culture and traditions are obstacles to development and democracy.

African culture is not inimical to development or democracy. The South Korean development economist Ha-Joon Chang rightly argues that it depends on how people interpret their culture and tradition. “Which aspects they choose to highlight, and which interpretation wins in political and ideological battles”, will ultimately determine whether an African country secures development and builds democracy.

Not so long ago, many Western observers claimed Japanese, Chinese and East Asian cultures were anti-developmental. Germany in the past was dismissed by European peers “as lazy, irrational, and even congenitally incapable of dealing with machinery”.  Given the astonishing industrialisation of many of these societies few will say so now.

During colonialism, colonial powers often chose to highlight aspects or distorted elements of African culture and traditions which would reinforce the oppression of the colonized African people. The aspects of African culture which colonial governments highlighted were often the more autocratic, subservient or anti-developmental.

Alternatively, colonial governments distorted elements of African traditions and culture to bring out the more autocratic, subservient or anti-developmental aspects. Many colonial governments ruled African populations through a different set of laws, called “customary law”, which were ostensibly African ‘traditional’ and ‘cultural’ laws, conventions and institutions.

In the post-independence period, many African leaders and governments have highlighted or emphasized only the more autocratic, subservient and anti-developmental aspects of African culture and tradition. They have done so in many cases to reinforce their own control over their populations.

Some African countries and leaders have either for self-interested reasons emphasised the undemocratic elements of African culture or for ideological reasons rejected democracy as “foreign”.

Other African leaders and governments opportunistically argue that democracy is unAfrican, “Western” or against African culture because it shields them from scrutiny so that they can continue to enrich themselves at the expense of overwhelmingly poor Africans.

Many political, traditional and cultural “leaders” have increasingly been using supposedly “African” “culture” and “traditions” to excuse their personal wrongdoing, for example, South African President Jacob Zuma saying that corruption is a “Western paradigm”.

President Zuma says that he needs to be judged by African ‘culture’ while building an R280m private home with taxpayers’ money and while his supporters live and die in grinding poverty. It is ostensibly fine in Zuma’s African ‘culture’ for the leader to live the ‘bling’ life on the sweat of his ‘subjects’, while his ‘subjects’ live in dire poverty, homelessness and unemployment.

Some African governments and leaders have invented new African “traditions” and “cultures” – claiming these to be authentic. Such new African “traditions” and “cultures” have been invented by self-serving leaders and governments to either cover-up misdeeds, shield themselves from criticism or to shore up their political support – and so their ability to secure patronage - among the poor, uneducated and uninformed communities.

Many African leaders and governments that have dishonestly purported to pursue ‘democracy’ have implemented only aspects of ‘democracy’ that favour them, their parties and their political factions, regions and ethnic groups.

Esteemed developing country scholars, such as the Indian Nobel Laureate Amartya Sen have long ago debunked the wrong-headed notion that democracy is Western or foreign to African or Asian cultures.

There is not one single version of democracy, but multiple forms of democracy in both developing and Western countries. Different democracies have varieties of political institutions - some originating from specific country circumstances, and some adapted from others.

Those who reduce the poor quality of some political institutions in Africa as supposedly because they were imported from Western or liberal democratic institutions, and therefore bound to fail, have not done their homework. In most cases, African governments and leaders only introduced aspects of democracy and institutions that benefit them. For obvious reasons this not only undermines the functioning democratic institutions but also their credibility.

African culture and traditions have both democracy and autocratic aspects; and both developmental and anti-developmental aspects. The African countries that have dedicatedly pushed for democracy since the end of colonialism – such as Botswana and Mauritius - have been richer and more peaceful.

Botswana, the one country which has since half-a-century of African independence attempted to use the democratic aspects of African culture and traditions, has comparatively outshone all those that labelled democracy as unAfrican or introduced aspects of democracy which only favoured them.

The African countries led by leaders who have alleged that democracy is unAfrican, ‘Western’ or ‘foreign’ and therefore resisted implementing it, have mostly remained poverty-stricken, beset by coups and civil strife.

The great challenge of this generation in Africa is how to emphasise democratic elements in African culture and tradition and cut out the autocratic elements; and similarly how to elevate the developmental aspects. For this African generation to fail to grasp the nettle of this challenge is to perpetuate another generation of failed African states, poverty-stricken, broken and unstable societies.

Culture and traditions are not frozen in time. They evolve. Institutions can evolve also. Similar cultures to African ones, such as the Chinese, Japanese and South Korean ones, have, over time, put more emphasis on the elements that promote development.

In these societies, driven by political movements, governments and leaders who felt that aspects of these traditions and cultures were making these societies uncompetitive to Western ones or neighbouring rivals have changed to emphasise aspects that promote development. Not surprisingly these economies have in the past half-century seen spectacular development.

In Africa, Botswana has since independence placed emphasis on aspects of African traditional culture, such as popular participation in decision-making, consensus-seeking, governing in the interest of the widest number of the population and leadership accountability.

Surprisingly, many African leaders and governments do not highlight these democratic and developmental values of African culture and traditions. Not surprisingly, Botswana has done better both in terms of development and democracy than most African countries.

A challenge for all African countries: to honestly re-examine all their cultural, traditional and religious assumptions and practices. To reduce such as a call as an all or nothing battle between so-called ‘modernists’ versus ‘traditionalists’, or Western ‘civilization’ versus African ‘backwardness’; or as an attempt to “denigrate” African  cultural beliefs and traditions, is simply short-sighted. Africa’s prosperity depends on this.

African cultural practices which undermine individual human dignity, values and rights must be either be abolished immediately or reformed.

The debate over what is appropriate African “culture” and “traditions” for our times must be wrested away from those who argue culture for purely opportunistic reasons, self-enrichment and to shore up their own influence and bank balances. If not, African countries will continue to be stuck in poverty, underdevelopment and remain in neocolonial relationship with Western and emerging powers.

* William Gumede is chairperson of the Democracy Works Foundation (www.democracyworks.org.za). He is the author of the bestselling Restless Nation: Making Sense of Troubled Times (Tafelberg) A shorter version of this article first appeared in the African Independent.