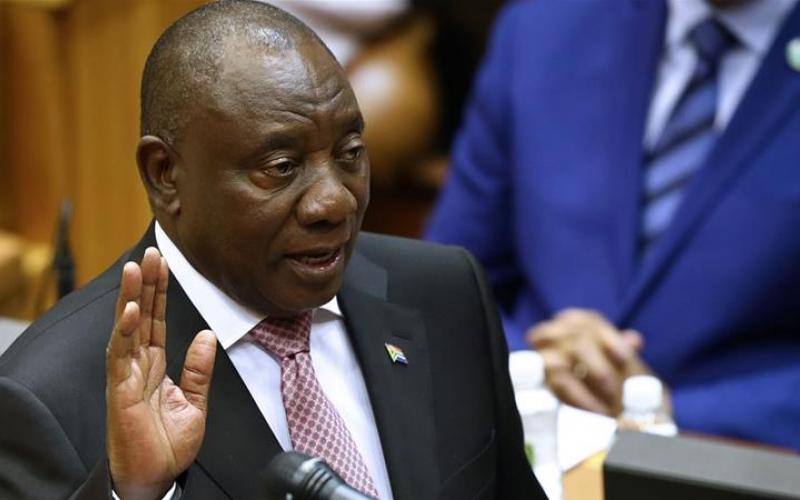 South Africans voted overwhelmingly on 8 May for the ruling African National Congress (ANC), returning the party to government with a nearly 3-1 majority above the nearest runner up within the legislative structure.

Incumbent President Cyril Ramaphosa, a former trade union leader and co-founder of the National Union of Mineworkers, was sworn into office again on 25 May with thousands of cheering ANC members in attendance along with representatives of allied parties from across the continent and the world.

Since 1994, the party of former President Nelson Mandela has retained its position as the leading force in national politics.

Founded in 1912 as the South African Native National Congress, the ANC is the oldest liberation movement turned political party on the continent. With the country of 58 million people continuing to be the largest industrial state in Africa, the leading position of the ANC in any continent-wide reconstruction and development programme is secured.

Results released by the Independent Electoral Commission on the 8 May voting revealed that the ANC won 57.50 percent of the ballots cast. The closest party after the ANC was the Democratic Alliance (DA), which garnered 20.77 percent followed by the Economic Freedom Fighters (EFF) gaining 10.77 percent.   There are 26.7 million registered voters in South Africa and 66 percent of the electorate turned out for the most recent election.

Although the ruling party achieved nearly five percent less votes than the previous national election in 2014 (62.15), its principal opposition within the National Assembly, the DA, also lost nearly two percent in the recent 2019 election, falling from 22.23 percent to 20.77 percent. The EFF gained four percentage points going from 6.35 percent in 2014 to 10.79 percent. Even with this increase by the EFF, it remains far behind both the ANC and DA in popular electoral support.

Other smaller parties such as the Inkatha Freedom Party, Freedom Front Plus (FFP) and the African Christian Democratic Party combined won less than three percent of the votes. The FFP, a far-right political party representing the minority Afrikaner population gained 1.48 percent over previous results in 2014.

The ANC also maintained its leadership in eight out of the nine provinces within South Africa. In the Western Cape, which has traditionally been dominated by the DA, saw the opposition party losing support from 59.38 percent to 55.45 percent. Although the DA will control the provincial legislative structures in the Western Cape, deep divisions and accusations of corruption has served to erode its support.

These results are reflective of the ongoing political support that the ANC has inside the country despite the myriad of economic and social problems plaguing the people. South Africa is challenged with the necessity of overcoming centuries of European encroachment beginning in the mid-17th century.

Apartheid—the system of racial separation, economic exploitation and settler-colonialism—left the African people landless and without political representation. It would take a combined mass, worker and armed struggle to bring about the demise of the white minority rule resulting in the holding of the first non-racial democratic elections in 1994, bringing the ANC to power.

It was the repositioning of the party by President Ramaphosa who came into office in February 2018 after the resignation of former head of state and ANC leader Jacob Zuma amid allegations of corruption, which secured the party’s success in the latest poll. Zuma is facing potential prosecution.

However, no legal proceedings have taken place and Zuma maintains that he is not guilty of the allegations related to an arms deal, which occurred many years ago prior to his ascendancy to the presidency. Recently Zuma filed a motion to dismiss the charges based upon lack of evidence.

Mandate for the current period

As South Africa faces monumental economic difficulties including an unemployment rate of 27 percent, a crumbling energy infrastructure which requires billions in investment and the imperative of land redistribution to correct the legacy of settler-colonialism, Ramaphosa must continue the mobilisation of the people to tackle these issues. The economic crisis in South Africa is part and parcel of the broader regional and continental dependency within the world capitalist system.

The country must foster development strategies to cope with declining prices for export commodities in the mining, manufacturing and agricultural sectors. There are as well the deficiencies in the service sector where working and poor people have demonstrated against the lack of adequate transportation and educational facilities.

Ramaphosa, in his inaugural address emphasised that: “It is our shared will – and our shared responsibility – to build a society that knows neither privilege nor disadvantage. It is a society where those who have much are willing to share with those who have little. It is a society where every person, regardless of race or sex or circumstance, may experience the fundamental necessities of a decent, dignified life. Today, let us declare before the esteemed witnesses gathered here that such a South Africa is possible. Let us declare our shared determination that we shall end poverty in South Africa within a generation.” [[i]]

A long-time pivotal ally of the ANC is the South African Communist Party (SACP). In conjunction with the Congress of South African Trade Unions, the SACP campaigned alongside the ANC in the lead up to the 8 May elections.

In a statement issued by the SACP regarding the elections, the party said: “As the working class, the overwhelming class majority, we need to unite and push radical structural transformation and ensure that the state implements it in order to address class inequalities, landlessness, unemployment, poverty, and social insecurity. It is crucial to widen democratisation in all spheres of our society. Unless this is achieved particularly in the economy it will be difficult to address and ultimately resolve the consequences of capitalist exploitation of labour. The system must be rolled back successfully. Until then, our freedom will remain incomplete. The importance therefore of forging a progressive popular left front for the dual purpose of achieving the immediate interests and aims of the working class and securing its future cannot be overemphasised.” [[ii]]

Regional dimensions of the ANC mandate

Considering the vast mineral, agricultural and energy resources in the SADC region, there is only one primary reason for its underdevelopment, which is imperialism. The SADC area remains the most politically stable within the continent where its organs related to defence, economic cooperation and integration meet on a regular basis setting guidelines and timetables for the implementation of resolutions passed at its annual summits.

The spectre of climate change has come to the forefront of the SADC agenda in light of the devastating impact of cyclone Idai and Kenneth, which caused tremendous damage in Mozambique, Malawi and Zimbabwe earlier in the year. Drought has been a major problem in the region affecting agricultural production and energy generation.

Examples set over the years by SADC portend much for the eventual unification of the African continent, a perquisite for its genuine development and sovereignty. As active participants in the African Union (AU), the lessons of the SADC region over the last three decades can make a monumental contribution to the enactment of the Agenda 2063, the AU programme, which seeks the creation of a single economic market, uniform currency, joint military commission and political integration. [[iii]]