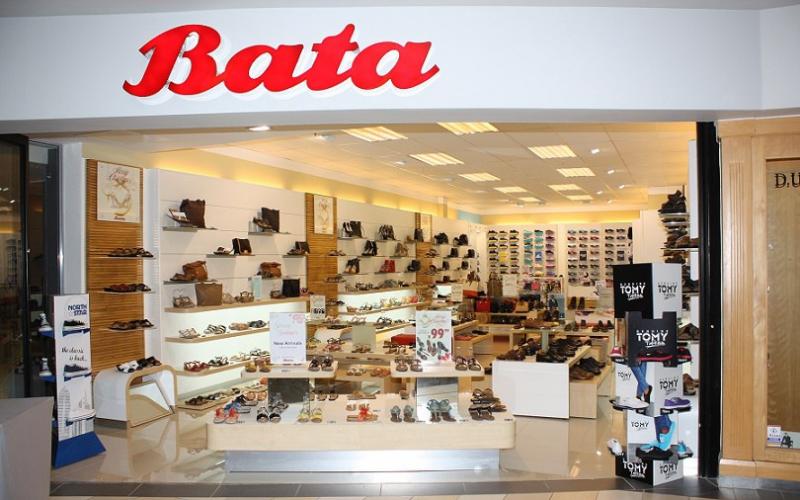 The Toronto-based shoemaker took advantage of European colonialism to rapidly set up across the continent, squeezing out local footwear producers, working with apartheid South Africa and even reaching out to Uganda’s Idi Amin.

An elitist, nationalist bias dominates all areas of Canada’s newspaper of record.

On the front of last weekend’s Style section, the Globe and Mail profiled Sonja Bata on turning 90. Business partner and wife of the deceased Thomas Bata, the Globe lauded Sonja for the “many contributions she has made to Canada”, including the Bata Shoe Museum and various other establishment “cultural, environmental and social causes.” The article touched on the shoemaker’s early history and described how she “traveled the world building a shoe empire – between 1946 and 1960, 25 new factories were built and 1700 Bata stores opened.”

While the three-page spread included an undated photo of Sonja and her husband on the "African continent", it ignored how the Toronto-based shoe company took advantage of European rule to set up across the continent. By the end of the colonial era Bata had production or retail facilities in Nigeria, Kenya, Morocco, South Africa, Egypt, Sierra Leone, Libya, Sudan, Algeria, Senegal, Congo, Tanzania, Rhodesia and elsewhere.

In the 1940s and 50s, notes Shoemaker with a Mission, “the organization’s expansion was especially great in francophone Africa. As Mr. Bata himself noted, there was no country in that part of the world where his company was not established as the number-one supplier of footwear.” While “Mr. Bata” may not be the most objective source on the shoemaker, a government study just after independence found the company controlled 70% of the footwear market in British East Africa (Kenya, Uganda and Tanzania).

In a 1974 Saturday Night article titled “Canadians Too, Can Act like Economic Imperialists”, Steve Langdon describes the company’s operations in Kenya: “Bata seems to be undercutting decentralized rural development in Kenya, to be blocking African advance in other areas, and to be throwing its weight around politically — all at a handsome profit.” In a bid to subvert the establishment of a domestic competitor, the Toronto-based multinational wrote its overseas suppliers to discourage sales to its challenger and asked Kenyan government officials to intervene on its behalf.

Bata’s mechanized production methods squeezed out indigenous footwear producers all the while increasing imports of plastics and machinery, which came at the expense of local materials (leather) and employment. In the 1975 article “Canada’s Relations with Africa”, Robert Matthews notes that Bata drained “money and opportunity from poor rural areas” to the benefit of a small group of locals and the Toronto head office.

When the post-independence Tanzanian government announced that it would acquire a 60 percent share of a multitude of major foreign firms Bata was the only hold out. The Toronto firm attempted to sabotage Tanzania’s push to acquire a controlling interest in the local company’s operations. In Underdevelopment and Nationalization: Banking in Tanzania, James H. Mittelman explains: “Bata Shoes (a Canadian-based concern), for example, ran down stocks, removed machinery, supplied imperfect items, and later withdrew all staff, supposedly closing down for annual repairs! The Company refused to relinquish more than 49 per cent of its controlling interests, tried to set up a new wholesaling operation dependent on its firm in Kenya, and urged other foreign investors to fight.”

Bata’s aggressive reaction to Tanzania’s efforts aimed to dissuade other newly independent African countries from following a similar path. The shoemaker no doubt feared for its significant operations across the continent.

Bata received Canadian government support as well. In mid-1973 the Canadian High Commissioner in Nairobi visited Uganda to ask Idi Amin if he would attend the annual Commonwealth Heads of Government Meeting taking place in Ottawa. But, the primary objective of the high commissioner’s meeting was to convince Amin to reverse his nationalization of Bata. A cable published by WikiLeaks read: “CANADIAN HIGH COMMISSIONER OLIVIER MET WITH PRESIDENT AMIN JUNE 29 TO DISCUSS GOU TAKE-OVER OF BATA SHOE FIRM. AMIN REVERSED EARLIER DECISION AND ORDERED THAT A NEW PARTNERSHIP ARRANGEMENT (51 PERCENT BATA, 49 PERCENT GOU) BE WORKED OUT.”

Through the 1970s Bata worked under the white regime in Rhodesia (Zimbabwe). It broke sanctions against Rhodesia by exporting goods manufactured there to South Africa. Even more controversial, it operated in apartheid South Africa until the late 1980s. The company broke unions and blocked black workers from semiskilled, skilled and executive positions. Listed among the “hardline defenders of investment in South Africa” in Ambiguous Champion: Canada and South Africa in the Trudeau and Mulroney years, Bata faced an international boycott campaign.

During this period Sonja Bata was quoted in the Canadian media justifying the company’s South African policy and Thomas Bata proclaimed, “we expanded into Africa in order to sell shoes, not to spread sweetness and light.”

The Globe and Mail is exposing its elitist, nationalist, bias in ignoring Bata’s unsavory history.

* Yves Engler's the author of Canada in Africa: 300 years of aid and exploitation.