Home » Democracy & Governance » Biafra at the Rio 2016 Olympics: A retrospective

Biafra at the Rio 2016 Olympics: A retrospective 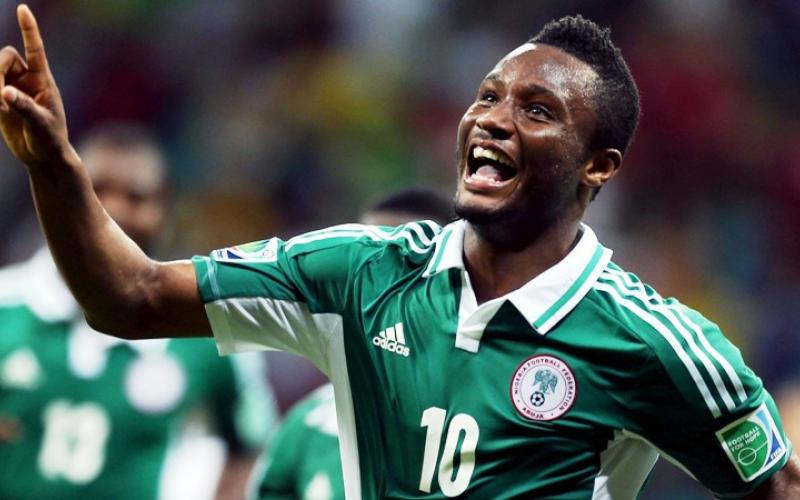 Biafra’s sons and daughters must cease to represent genocidist Nigeria in all conceivable competitions. Never again should we be treated to the grotesque scene of witnessing some Igbo athlete, some Igbo writer, some Igbo academic, appearing at some world stage carrying or wrapping themselves around a Nigerian flag. Enough! Order a Biafran flag for the occasion.

For those not particularly familiar with the inner workings of that haematophagous monster which goes by the name Nigeria, the following news item in African Spotlight (Friday,12 August 2016), carried similarly by several other news organisations, could appear extraordinary if not outlandish.

First, the story’s blazing headline: “Rio 2016: Mikel Obi pays $4,000 to save Nigerian players embarrassment from Brazilian hotel”. Second, the first paragraph in the dispatch that duly elaborates on the theme: “In yet another scandal, Team Nigeria captain at the ongoing Olympics, Mikel John Obi, had to pay $4,000 of his personal money, to save the footballers from embarrassment after a hotel in Sao Paulo held the entire team to ransom over the bills incurred by additional officials, it has been revealed. The Nigerian Olympics team almost missed their flight [from São Paulo] to Salvador, reports say” (emphasis added).

A player – not even one of the usual retinue of accompanying genocidist Nigerian officials (coach, managers, trainers, hangers-on, etc., etc) - pays for his team’s hotel bills incurred at a foreign assignment 3,500 miles away from Nigeria!

Third, this intervening player, with his personal money to pay for the outstanding São Paulo hotel costs, is Biafran...

What sort of state on this planet would send a sports team to represent it abroad – not just, for instance, to some other state across its frontiers, contiguous to its territory (if such a rationalisation could ever be contemplated) but 3,500 miles away, in a competition, the prestigious Olympic games for that matter, and not adequately fund the team’s passage and upkeep and welfare comprehensively? Straight-ahead reply: genocidist Nigeria.

Why? Not too complicated either: genocidist Nigeria, now 51 years in the making after it and its suzerain state Britain had initially murdered 3.1 million Igbo people during phases I-III of the Igbo genocide (29 May 1966-12 January 1970), is currently run by Muhammadu Buhari. This is an Islamist jihadist operative who is so riled by the defiant Igbo youth’s doggedly dominant presence and drive stamped on the creative arts and sports and academic disciplines and practices across the Nigeria landscape, despite the genocide and occupation of the Biafran homeland. In what the uninitiated genocidist Nigeria watcher might think is perverse, Buhari would rather adamantly prefer a non-Nigeria participation in the Rio Olympics or a complete loss of a game’s tournament by Nigeria if the “country”’s participating sports team, in this case a football team, as is more often than not, is captained by an Igbo or/and has a substantial personnel of the team, as is also more often than not, populated by Igbo talent.

Muhammadu Buhari must have literally been thrown into days of agonising depression by this football team heading from São Paulo to Salvador in Brazil whose captain has the following name profile with its uncompromisingly classed Igbo registers: John Michael Nchekwube Obinna – not Ahmed, Saraki, Abacha, Muhammadu, Ahmadu, Maigida, Salisu, Maimuna, Mohammed, Buhari, Sulaiman, Lamido, Sadiq, Abubakar, etc, etc, that would more likely characterise the forename or surname of an operative that sits on a genocidist preparatory committee or participatory cell/squad/brigade in an Abuja, Katsina, Maiduguri, Kano or Sokoto, meticulously planning the next slaughtering outrage in Onicha, Oka, Owere, Igwe Ocha, Enuugwu or somewhere else in occupied Biafra.

For Muhammadu Buhari, the Nnamdis and Nnekas and Ngozis and Obiagelis and Nkeirus and Ikechukwus and Nkechis and Chidis and Emekas and Chukas of the Igbo nation should be sequestrated in the cities, towns and villages of Biafra awaiting the genocidist slaughter-next-round instead of being positioned, as hundreds of thousands of them are indeed primed currently, in several top colleges and universities and innumerable sites of creative endeavours and sports activities around the world. One of the insistent factors fuelling the Igbo genocide in these past 50 years is the Hausa-Fulani Islamist leadership’s trenchant aversion to the well-known Igbo hardworking ethic and entrepreneurial drive. Consequently, this dual attribute of ethic and drive has transformed Igbo people to presently control one of Africa’s best-developed multidisciplinary human-power conglomerations of assets.

Finally, to return to that Mikel Obi’s $4000 personal payment to rescue the Nigeria football team from its São Paulo hotel bill’s entanglement, an obvious question on the minds of many must be the following: Given the existential threat that most know the Igbo face due to the ongoing genocide from Nigeria, was Nchekwube Obinna’s payment motivated by sheer naivety or just crass ignorance?

No, contrary to seemingly predictable impulses, neither is distinctly on the mark. Instead, Obinna was indeed acting out from a script that tragically pervades the entire Africa landscape, in the wake of centuries-old European conquest and occupation of the continent, where the largely non-deconstructed conqueror’s/conquest social sciences and humanities project the prevailing “state”, the “Berlin-state”, as some rarefied if not ahistorical construct to which each and every African is “strapped”.

Obinnas of Africa are free to choose

In the Nigeria case, as any cursory observer should attest, the horror of that imagination, characterisation and association must be catastrophically profound. For the Igbo, in the maelstrom of that wretchedness, the history of the past 50 years attests chillingly and overwhelmingly. The Nchekwube Obinnas of Africa must now know that they are not wedded to any such states. On the contrary, states are historical constructs which human beings negotiate, pick and choose from. That is why states have, thankfully, remained transient in human history. The Nchekwube Obinnas of Africa are free to choose any states they wish to belong. It must therefore be a pointedly unthinkable personal tragedy if the Nchekwube Obinnas of Africa who are also survivors of genocide from genocidist Nigeria end up ticking Nigeria as the state of choice… Tufia kwa!

The Nchekwube Obinnas of Africa must cease to represent genocidist Nigeria in all conceivable competitions: sports, creative and performing arts/other spheres of intellectual labour… Never again should we be treated to the grotesque scene of witnessing some Igbo athlete, some Igbo writer, some Igbo academic, appearing at some world stage carrying or wrapping themselves around a Nigerian flag. Enough! Order a Biafran flag for the occasion or alternatively promote the flag of your generous host –the United States, Barbados, Vanuatu, Finland, Suriname... Definitely not genocidist Nigeria’s. A genocidist state’s fate is nothing else but to be abandoned, to be voided, to be dismantled. This is Nigeria’s fate as the handwriting on the wall is writ large.

Nchekwube Obinna should have donated or invested his $4000 in any or some of the many private clinics across Biafra treating hundreds of desperate Biafran survivors from the recent murdering escapades carried out by genocidist Nigeria military/Boko Haram/Fulani militia brigades, beginning October 2015. Ironically, by paying the sum of $4000 to the São Paulo hoteliers, due responsibility of genocidist Nigeria’s, Nchekwube Obinna provided ready savings or credit for this genocidist state and allies to fund the fresh cache of AK-47 rifles, ammunitions, bazookas, tank shells and suicide vests for their next planned murderous outrage in Oka, Onicha, Enuugwu, Igwe Ocha, Aba…

Not only do Biafrans not obviously bail out genocidist Nigeria from its quagmire but Biafrans cannot be a party to Nigeria’s hardly disguised chart and intent of Biafran annihilation. This is precisely what the philosophers who worked strenuously on the name Nchekwube insist the Igbo and the world must know.