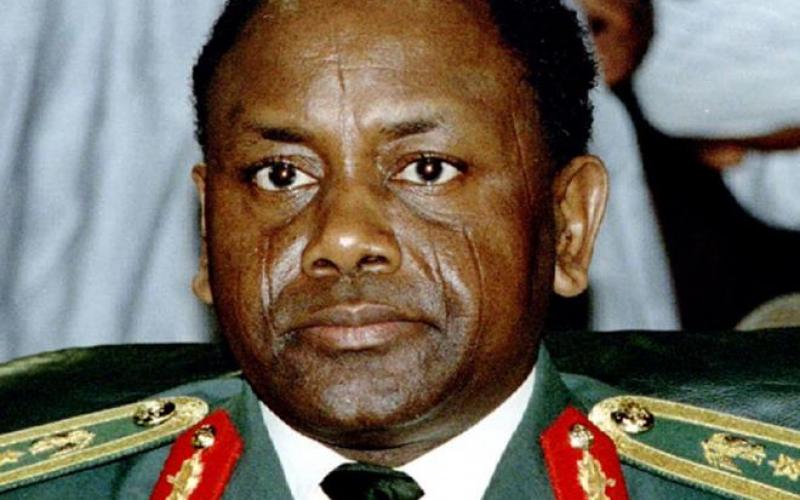 Africans should be interested in General Reynaldo Bignone who died on Wednesday, 7 March 2018, at a military hospital in Buenos Aires, Argentina where he was serving a life sentence for crimes against humanity. But, why should Africa be interested in knowing him?

General Reynaldo Bignone died on Wednesday, 7 March 2018, at a military hospital in Buenos Aires, Argentina where he was serving a life sentence for crimes against humanity. [1] General Bignone? Who was he?  And why should Africans be interested in him or his fate?

His life and the country in which that life was led share many striking similarities to the African experience.  Bignone was the last leader of the military junta that ruled Argentina from 1976 to 1983.  Others were Jorge Videla, who led the coup d’état that brought the military to power, and Leopoldo Galtieri, who led the ill-fated invasion of the Malvinas Islands [British: Falkland Islands].  It was Bignone who presided over the return of power to democratically elected rulers in 1983.

When Videla died in 2013 at 87, also in prison, I had planned to write a piece like I am doing now, but it never materialised.  With the last of them passing at 90 and a prisoner, the issues that motivated me then have only become more pressing over time.

Yes, we lament any death.  That is a human thing to do.  We celebrate when the life has been long and made a lot of difference for other humans or when the deceased left the world a better place.  Neither Videla nor Bignone could be said to have done the latter.  Both of them presided over a military regime that sponsored and prosecuted Argentina’s infamous, brutal “Dirty War” during which as many as 30,000 Argentines “disappeared”—“a euphemism for kidnapping and murdering opponents”, [2] torture of opponents and imprisonment for many leftist politicians and activists.  Bignone presided over the kidnapping of the children of many of their leftist victims and the gifting of such children to favoured right-wing families in the country.  To that extent, there is no reason to lament their deaths.

As important as the issues raised by their conduct in office are, they are not the ones that provoked my reflections.  Their lives and conduct in office as military rulers were neither unique nor limited to Central and South America.  The sixties through the eighties of the 20th century witnessed the heyday of military rule in Africa, Asia, Europe, Central and South America.  Back then, a country being under the jackboots of military dictators was par for the course.

Bignone was the one who arranged and enacted the transition to democratic rule in 1983.  In other words, he was Argentina’s equivalent of Nigeria’s Olusegun Obasanjo and Ghana’s Jerry Rawlings, both in 1979, and Abdulsalam Abubakar in Nigeria in 1999.  In almost every case, the departing military rulers wrangled amnesties from their incoming civilian successors for whatever the former did while they held sway as extra-constitutional rulers of their respective countries.  Others inserted clauses in the constitutions, which they authored for their successors, granting them immunity for their activities while in office.

Unfortunately for military dictators in Asia, Central, and South America, they never reckoned with the elephant in the room of the modern age: democracy.  For one thing, present parliaments cannot bind future ones.  So, any concessions extorted from incoming legislators at the termination of military rule could not stop successor parliaments from revoking them.  Even constitutional enshrinements cannot stop a people from expunging such provisions through amendments.

Later parliaments in Argentina and South Korea undid the amnesties and put the military rulers on trial.  They were not tried for overthrowing democratic regimes.  They were put on trial for acts they performed in office ranging from murder, kidnapping, to crimes against humanity.  Those parliaments decided that merely putting an end to an illegality—coup d’état and extra-constitutional rule—by handing over power to constitutional governments did not remove the illegality or the taint it left, from the atrocities committed, while the dictators held office.

Secondly, time or “good behaviour” in other areas while extra-constitutional rule lasted could not wash clean the crimes that were perpetrated against human dignity by the regimes’ functionaries.  Finally, those countries, led by their legislators, were convinced that they could not ensure that “never again” would their people endure the indignities perpetrated by the extra-constitutional regimes if they allowed the principal officers of those administrations to escape censure or pretend that crimes against humanity had not been committed while the regimes lasted.

Argentinians held their military rulers responsible for what they did in office.  When Videla died at 87 in 2013, he was not merely serving time for his role in the “Dirty War”, right up to the time of his death; new convictions were being obtained against him.  Bignone, as we pointed out earlier, died at 90, in prison, for the same reasons.  He was not convicted till 2010, a full 27 years after he left office and, I am sure, he had thought all was well.

South Koreans, too, held their military rulers responsible for crimes committed while they ruled.  Chun Doo Hwan was particularly loathsome.  He was the one who had laid siege to the city of Gwangju in 1980 and mowed down citizens protesting his regime under the leadership of students there.  The city is now home to a poignant national democracy park dedicated to the memories of the hundreds, yes, hundreds who were killed there.  “Chun [was] sentenced to life in prison and Roh [his handpicked successor] to 17 years for their roles in the 1979 military coup that brought Chun to power, for the violent suppression of a pro-democracy uprising in Gwangju in 1980 and for the collection of millions of dollars in bribes from businessmen.” [3]

And then there is Africa.  Here I would like to focus specifically on Nigeria.  All the things that ex-dictators were held accountable for in Argentina, Guatemala, South Korea, and other places, were all perpetrated in Nigeria by successive military regimes, too.  Killing, maiming, unlawful imprisonment, name it, our military rulers did it!  Many of those acts qualify as crimes against humanity.

Other places know that there is only one way to pre-empt future impunity: it is by calling out and sanctioning past atrocities.  There is only one way to ensure that “never again” would their citizens suffer the predations of state actors presiding over extra-constitutional rule: hold the perpetrators accountable for the crimes they committed while they held the reins of government.

What have we done?  We went in the opposite direction.  We have rewarded our armies of destruction hugely.  We have turned them into heroes for doing what they ought to have done: vacate their illegal regimes.  We have allowed their contraptions [constitutions?] for obscuring their crimes to be the ruling charter of our land.  We have turned a blind eye to their criminal acts in office.  On the contrary, we have continued to entertain their playing central roles in our lives by means of such incubus as the so-called “Council of State”.

Worse still, we have put two of them back in office both of whom came with a heavy baggage of human rights violations that in other climes are designated as crimes against humanity.  Others we have made into go-to persons on issues of national importance—Abubakar, Babangida, Gowon—or we have provided them with soft landings to become principal functionaries of our so-called democracy—senators, ministers, governors, and so on.

Nigeria and Africa are the only places where the military destroyed countries and a continent with absolutely no accountability for their misdeeds.  Does anyone still wonder why those other countries have moved forward while we have stagnated, if not regressed?  What are we telling the world in terms of how they weigh the issue of human dignity when it comes to how they treat us?  By our refusal to punish ugly violations of our individual and collective dignity by those, who claimed to rule and represent us, we are saying to the world, human dignity is not something that we are invested in.

As we would say in Yorùbá, how you style your calabash determines what use the world puts it to.  It is beyond sad.

Of course, Bignone died a prisoner and was buried with no pomp or circumstance.  I wish that were the fate reserved for Babangida, Buhari, Abubakar, and Obasanjo.  I am permitted to dream, I hope.