In defence of history 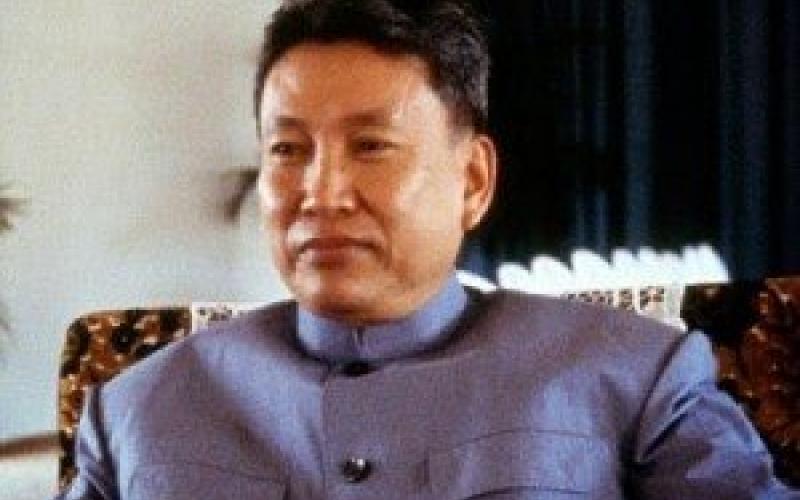 The author calls on the Nigerian Left to revive the journal “In defence of history” in order to assist young people to know, understand and appreciate the history of Nigeria and the history of the world.

I cannot now remember exactly how I first encountered this phrase: “In defence of history”. But I think it was during my days on the Editorial Board of The Guardian newspaper, between mid-1980s and mid-1990s. The specific source must have been Odia Ofeimun, a friend and colleague that I had met and engaged about seven years before I landed in that newspaper house. In the first encounter with the phrase, it was used as title for a contribution to the debate on a widely-known account of a “cross-carpeting” (today’s “defection”) episode in a Nigerian regional House of Assembly in the early 1950s. The phrase had thereafter remained a favourite one in my historical writings.

From November 1990 to early January 1991, I used “Refutation of official history” (which in my head was a variant of “In defence of history”) as title for the longest series in my Thursday column in those days. In August 1998, the phrase—in its original form—was used as title for a special publication of our archive and research library in Calabar. And another variant of the phrase—“Refutations of false narratives”—is the title of an unpublished (or yet-to-be-published) collection of my articles and essays on Nigerian History.

The 1998 special publication, “In defence of history” was not intended for wide distribution in the first instance. Rather, it was put out as a supplement to our regular discussion notes but with the hope that it would become the first issue of a regular journal. Unfortunately, the hope has not been realised: that first issue has remained the only issue. However, over the last 20 years, I have made more frequent trips to this small publication (especially to its preface) than to any other publication of our archive and research library—although it is the least known. The latest trip was in the preparation for my last article, “To Samir Amin, a personal tribute” (27 August 2018).

I shall, below, present extracts from the preface to the August 1998 publication. I had drafted that preface, titled: “In defence of history: Why and How?”, as Executive Editor. I shall conclude with a proposition to the Nigerian Left.

“In May 1998, the mainstream press of Western Europe and North America announced the death of a man by the name Pol Pot. This man was said to have caused the death of more than two million people in Cambodia—a small country in Southeast Asia bordered by Vietnam and Thailand. Pol Pot was said to have committed this “crime against humanity” between 1975 and 1978 when he was in power in Cambodia. Journalists, newspaper editorialists and political commentators in Nigeria, including those who had never before heard of Cambodia, proceeded from this Western announcement to condemn Pol Pot and regret that the “monster” died just as he was about to be handed over, not to the government of his country, but to the United States of America, to be tried for his heinous crimes.

“In all this expression of righteous indignation the Western press did not tell us, and the Nigerian press did not ask, what sustained Pol Pot in the jungle of that small country for 20 years, from the time of his removal from power in 1978 to his death in 1998. We were not told how Pol Pot came to power in the first place and how and by whom he was removed from power. We were not told how Pol Pot managed to kill more than two million of his country men and women. Did he run amuck slaughtering them in the manner of Rwanda? Did he march them into gas chambers in the manner of Adolf Hitler? Did he simply starve them to death?

“If we have been told all this, we probably would still have condemned Pol Pot, but we would at least have known that the man came to power in the Second Indo-China War, that is, the war in the third quarter of the 20th century between the peoples’ liberation forces of Vietnam, Cambodia and Laos, on the one hand, and American forces on the other; that, in that war, American forces killed, through bombing and starvation, more than two million Cambodians; that American governments sustained Pol Pot for 20 years after he was overthrown by the Vietnamese in a border war; and finally that those in power in Cambodia today, through the help of American government, were all collaborators of Pol Pot.”

I wrote the preceding two paragraphs 20 years ago, in August 1998. Were I to revise them today I would have added: “We would, above all, have uncovered a big irony of history, namely, that the Pol Pot regime which has been ‘universally’ accused and condemned for killing its people by starvation, actually came to power in 1975 with the primary agenda of tackling the mass starvation caused by the sustained bombing of Cambodia carried out by American forces for five years.”

In a study finding, “Cambodia: Starvation and Revolution”, published in 1976 by the Monthly Review Press, New York, two American scholars summarised what they saw on ground in Cambodia: “Nowhere was the war—The second Indochina War—so brutal, so devoid of concern for human life, or so shattering in its impact on a society as in Cambodia. But while the US government and news media commentary have contrived to avoid the subject of the death and devastation caused by the US intervention in Cambodia, they have gone to great lengths to paint a picture of a country ruled by irrational revolutionaries, without human feelings, determined to reduce their country to barbarism”.

Away from Cambodia, the 1998 Preface went to other theatres, including Panama and Zaire (now Democratic Republic of Congo): “Manuel Noriega, the military ruler of Panama, who was, in 1989, abducted and taken to prison in America, was for a long time an agent of American governments through their Central Intelligence Agency.

Joseph Mobutu (alias Sese Seko) who staged his first coup in 1960, died in 1997 after being in power in Zaire for more than 32 years. Imperialists led the world in the condemnation of Mobutu, but failed to tell us who sustained Mobutu’s murderous regime for so long and tried, even in the dying hours of his rule, to secure a settlement that would have left him in office, if not in power.” The Preface also touched on Cuba, Libya, Iran, Iraq, North Korea, Israel, South Africa – and Nigeria where deliberate falsifications and ignorance are entangled.

The falsifications reproduced above are just a small fraction of what the 1998 Preface carried. But falsifications have continued, more brazenly and more systematically than ever before, and at all levels: national, regional and global. The aim is to de-link us from our past, from the true history of the exploited, the oppressed and the marginalised peoples of Nigeria and the world.

The need therefore arises for the Nigerian Left to revive the journal, “In defence of history” which, ideally, should be independent and whose broad aims would include: To assist our people, especially the young ones, to know, understand and appreciate the history of Nigeria and the history of the world into which Nigeria is inserted and integrated; to correct historical errors, distortions, and falsifications and, by so doing, rehabilitate the truth; to link the present to the past; to articulate and formulate the urgent questions of our time as they emerge from history and especially as they affect the working and toiling masses, the exploited, the oppressed, the marginalised and the humiliated peoples of Nigeria and nations of the world; and to assist our young people to develop critical perspectives of historical analysis.

Tags:
In defence of history