ECOWAS must be careful with military intervention in The Gambia 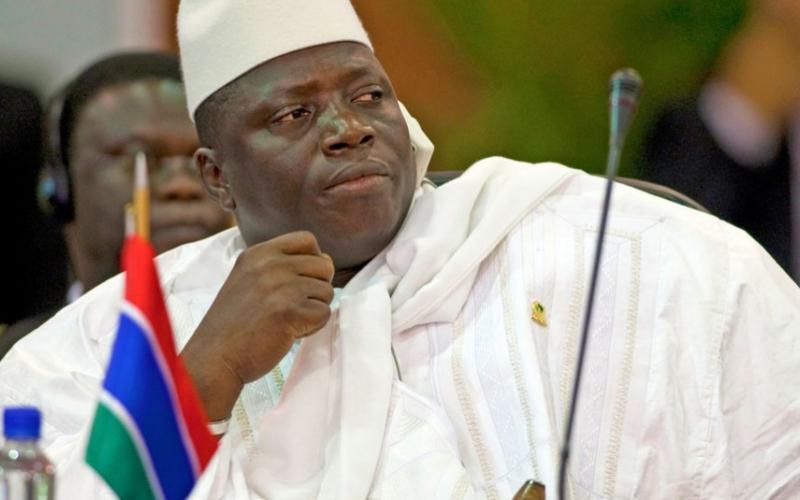 It looks increasingly likely that the West African regional bloc will have to send troops into The Gambia to remove Yahya Jammeh and install President-elect Adama Barrow. But ECOWAS should keep in mind that military intervention is fraught with risk. It is essential that thorough and efficient planning is done beforehand to avoid civilian deaths.

It is really a curse for any country to be saddled with a morally bankrupt political leadership.

What is unfolding in The Gambia tells us that the tiny country is about to witness the horrific consequences of exactly such a 'leadership'. Already, in anticipation of the unleashing of ECOWAS military forces on their country, Gambians are fleeing in their thousands to neighbouring Senegal. Ironically, Senegal may well be the bedrock of any force sent to The Gambia by ECOWAS.

Now, the terrible thing about the use of military force in any country is that it can have unexpected consequences which will result in what the military glibly call “collateral damage”. In ordinary language, it means that in an operation against a hard-to-define “enemy”, the military may not have the least idea whom to shoot at, and will kill many people, some of whom are, in fact, sympathetic to the very objectives the military operation is supposed to achieve!

But no-one can say that the situation which Libya is in today – with a divided army and brutal, anarchic militias battling one another to keep control of its rich oil resources – is better than when Gaddafi was in power.

Meanwhile, the “noble” people who were so anxious to invade Libya to “save lives” in Benghazi and other threatened Libyan towns in October 2011 are nowhere to be found! They are pretending that they had nothing to do with the chaos currently facing Libya. Yet they were in a very good position, through espionage, to assess that if they didn't plan adequately for an après-Gaddafi situation, all hell could break loose in Libya.

In The Gambia's case, there is, in fact, an instructive precedent that ought to guide any military intervention from outside. On 29 October 1981, The Gambian “field force”, led by a politician called Kukoi Samba Sanyang, tried to carry out a coup while The Gambian President of the time, Sir Dauda Jawara, was in London attending the wedding of the heir to the British throne, Prince Charles, and his beautiful bride, Lady Diana. A National Revolutionary Council, composed of Kukoi Samba Sanyang's Socialist and Revolutionary Labour Party (SRLP) and elements of the "Field Force", declared itself in power.

President Jawara then flew to neighbouring Senegal and invoking a defence pact signed with Senegal in 1965, requested Senegal to send troops to The Gambia. Senegal agreed, and sent troops to reverse Kukoi's coup. The Senegalese troops received a lot of praise for being able to help liberate President Jawara's wife, Lady Chirel (who had been kidnapped by the insurgents) from captivity. But between 500 and 800 Gambians were killed as a result of the invasion. The Gambian people didn't like that.

Also, while Senegal's intervention was ostensibly to rescue President Jawara’s regime, it undermined The Gambia's independence. The continued presence of Senegalese troops in Banjul was testimony to Jawara’s growing reliance on Senegal, and indeed, three weeks after the aborted coup, President Abdou Diouf of Senegal held a joint press conference with Jawara, at which it was announced that the two countries intended to establish a “Senegambian Confederation”.

In December 1981, the treaty of confederation was signed in Dakar. Under it President Diouf became President of the Confederation, with Jawara as his Vice President. A new Gambian army was created as part of a new confederate army.

But because the confederation was the child of a shotgun wedding, it collapsed in 1989. Within five years of the collapse, Jawara was again overthrown – this time, by an army lieutenant called Yahya Jammeh. Jammeh ruled for 22 years, during which his brutality and eccentric behaviour attracted world attention: he claimed, for instance, that he could cure HIV/Aids, and he always carried a big stick with him, to what purpose no-one could say for certain.

Despite his brutality – or perhaps because of it – signs had begun to appear, before the election of 1 December 2016 that Gambians would go to great lengths to get rid of him. Dissent against his rule was no longer hidden. And when he went ahead and held the election, hoping to be able to rig it (as usual) he had the shock of his life when the Gambian Electoral Commission said his people had rejected him and voted for the opposition candidate, Adama Barrow.

Whether out of a clever ploy to defuse the situation created by the election or to plan properly to stay in power, Jammeh accepted the result of the election. He called Adama Barrow and conceded victory to him. But after about a week, he announced that he had changed his mind. He had discovered discrepancies in the figures issued by the Gambian Election Commission, he claimed. He has issued a petition to the Supreme Court asking for the result to be annulled.

But no one is buying the argument for his change of mind. In any case, because of his capricious rule, there is no Supreme Court in The Gambia at the moment. One is to be constituted in due course, manned mainly by Nigerian judges.

In the meantime ECOWAS leaders, led by the Liberian President Mrs Johnson Sirleaf and President Muhammad Buhari of Nigeria, have been going up and down, to and from Gambia, trying to get Jammeh to stick to his acceptance of the election result. But Jammeh has remained adamant, and for fear that he might solve the problem by having Adama Barrow assassinated, Barrow has been whisked out of the country to Senegal. It is expected that he will be brought back to Banjul on Thursday, 19 January and sworn in.

It appears obvious that ECOWAS will dispatch troops to The Gambia either to arrest or otherwise dispose of Jammeh before the swearing-in occurs. But ECOWAS will have to be very careful in sending troops to The Gambia. The most important condition for the dispatch of troops should be that Senegalese troops should not dominate the force in numbers but be integrated into an ECOWAS force which can only take military action under one [non-Senegalese] command.

This is because Gambians deeply resented the Senegambian Confederation imposed on their country after the 1981 coup attempt and which collapsed in 1989. Some Gambians actually believe that ex-President Dawda Jawara undermined his own position by agreeing to the Confederation idea, and that Jammeh took advantage of Jawara's “lack of patriotism” in getting members of the Gambian army to join him in deposing Jawara in 1994.

Certainly, it would be a mistake for ECOWAS to ignore the pro-independence sentiments of Gambians in its attempt to help the Gambians put into effect the change of government they voted for on 1 December 2016.

Will the ECOWAS leaders be able to help The Gambians without “throwing the baby out with the bathwater”?

That remains to be seen. What ECOWAS should keep constantly in mind, however, is that it is not enough to act with good intentions. It is essential that thorough and efficient planning should be done before troops are sent in, so that the political situation on the ground should support the military action.

That the Americans failed to plan adequately for the post-military situations in Afghanistan, Iraq and Libya – even with their superior systems for gathering intelligence – makes it urgent that ECOWAS should plan very carefully before it acts in Gambia. But act it must. Obsolescent, tinpot dictators of the Jammeh type ought to be taught that it is not only one side in a political game that can resort to force.

* Cameron Duodu is a veteran Ghanaian journalist and author.