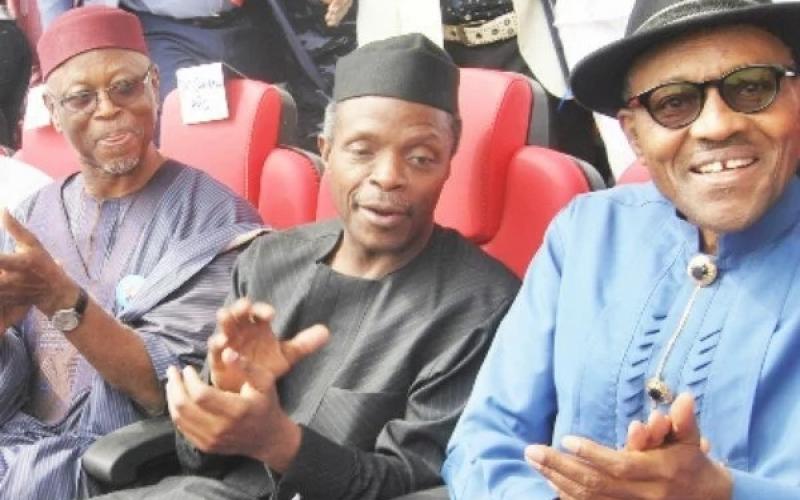 The article provides historical illustrations on the current political alliances in Nigeria.

In a previous piece on this subject (Notes on political alliances in Nigeria, 4 July 2018), I proposed that the following three broad objectives have propelled Leftist organisations, at home and abroad, to seek political alliances with non-Leftist formations: to fight or to prevent the emergence of certain forms of dictatorship (e.g. fascism and the one-party state); to expand the existing “democratic space”; or to capture power/accede to office. The aim of the present piece is to extend this proposition in two or three directions and then provide more historical illustrations or instances beyond the one offered in the previous piece.

Although every actual alliance mentioned or to be mentioned in this discussion was political, it is necessary to expand our perspective to include the possibility of non-political alliances. It is also necessary to state and admit a point that is well-known, namely, that the need for alliances between organisations within the “Leftist family” is, in certain periods and at certain times, primary and that constructing such alliances could be more difficult than constructing alliances with non-Leftist organisations. Nigerian Leftists of my own generation are aware of this long affliction. We ourselves caught it from our elders—and worsened it! It has also been the case that even when the need for alliances has arisen and has been confirmed, the choice of organisations (Leftist and non-Leftist) with which to seek those alliances may be extremely difficult, or even impossible.

To complete this picture, it may be necessary to state that alliances can be constructed, and have actually been constructed, at home and abroad between, or with, institutions other than political parties and groups. The various “agreements” reached during the Nigerian Civil War (1967-1970) between Nigeria-based Leftists and the Federal Government of Nigeria, on the one hand, and between the Biafra-based Leftists and the Biafran Government, on the other, are illustrations. There was a similar alliance or collaboration during the regimes of Generals Murtala Mohammed and Olusegun Obasanjo (1975-1976). But the “romance” was very brief.

The two actual historical experiences cited above need some elaboration. With the declaration of Biafra and the start of the Nigerian Civil War (also known as the Nigeria-Biafra War), the Biafran Left emerged and the Nigerian Left regrouped. Even before the shooting war started, the crisis had brought in several external powers—big, medium and small. Both the Nigerian government and the Biafran government sought and obtained various types of assistance from these powers. It was a bloody, brutal and savage conflict. It did not take long for the Nigerian Left and the Biafran Left—through various and rapidly—created organisations and with different experiences and interpretations of the conflict—to enter the conflict as allies of “their” respective governments. Each of the two factions of the pre-War Nigerian Left took on two roles: internal mobilisation and external campaign for support. On one particular sad occasion, rival Leftist delegations—from Nigeria and from Biafra—physically clashed in Berlin.

Eight years after the Civil War experience, during the brief regime of General Murtala Mohammed (July 1975-February 1976) and for a brief period in the regime of his successor, General Olusegun Obasanjo, some organisations of the Nigerian Left and some “freelance” Leftists found themselves on the same side with Nigeria’s military regime in the bitter anti-colonial wars and, later, civil wars in southern Africa, including Angola. The ensuing alliance between the two entities (Nigerian government and Leftist groups) lasted only briefly and was soon replaced by “traditional” hostility. The collaboration ended—some would say inevitably—like the civil-war alliances! There are living, though aging witnesses to the two alliances—(1967-1970) and (1975-1976)—especially the latter. The experiences have also been recorded in memoirs and archives.

These two historical experiences of the Nigerian Left in “alliance – construction” with non-Leftist institutions (specifically, military regimes) now lead to the addition of two more objectives (or simply, corollaries) to the three offered for alliances in the proposition with which this piece began. The two additional objectives for alliances are: to win “wars of survival”, that is, wars in which the very survival of a people (e.g. “Nigerian people” or “Biafran people”) is seen or believed to be threatened; or to strengthen the Leftist position—through “revolutionary internationalism”—in this arduous struggle for people’s liberation.

Nigerian Leftists know, or should know, that such alliances may not last much longer than the historical conjunctures that produced them. If an alliance of this type lasts longer than the conjuncture, then an ideological and/or political absorption of the particular Leftist organisations could have taken place! Such absorbed Leftist organisations or individual Leftists then become more dangerous to their former comrades than the traditional “enemies” are. The Nigerian Left has had several bitter experiences of this tragedy. But this is not a general argument against alliances with non-Leftist formations. It only points out a particular danger to guard against.

With this periodisation, I am confident that a rigorous researcher in the subject will discover many instances of political alliance or collaboration of Leftist groups and individuals Leftists with non-Leftist entities, including governments, in virtually all the periods listed, that is, since independence. Most of these instances may even appear as mere employment of the Leftists concerned by the non-Leftist entities—including governments and government agencies. While conceding that the latter phenomenon has been a significant aspect of the history of the Nigerian Left—sometimes with tragic consequences—we are mainly concerned, in the present discussion, with significant political alliances between Leftist organisations and non-Leftist entities. Only one of these now remains to be adequately examined in my current series of articles on the Nigerian Left.

That remaining alliance is the United Progressive Grand Alliance (UPGA) of (1964-1965). On the platform of this alliance, constructed towards the end of the First Republic, a number of Leftist parties and groups went into “field-battles” against the ruling Nigerian National Alliance and Nigerian security forces. The best-known Leftist formation in UPGA was the Socialist Workers and Farmers Party (SWAFP), which published a 55-point manifesto embedded in a 35-page general programme. Together with fractions of the labour movement, SWAFP organised or supported strikes and mass rallies during the general elections of December 1964 and the crisis that followed. The Leftist groups that went into UPGA believed they were fighting a creeping fascist dictatorship and, at the same time, struggling to shift the balance of forces in the country in favour of a people’s revolution.

In conclusion, it will be of assistance to a researcher to be informed, or reminded, that during the Second Republic (1979-1983), especially in 1983, up to the December 1983 military coup that terminated the Republic, there was a serious debate in a section of the Nigerian Left (Calabar-Ife-Zaria) on the question of supporting an existing alliance or initiating a new one (UPGA-type) to confront the ruling National Party of Nigeria. Although the debate was inconclusive, it was documented. And the documentation lies in the archive of the Nigerian Left.