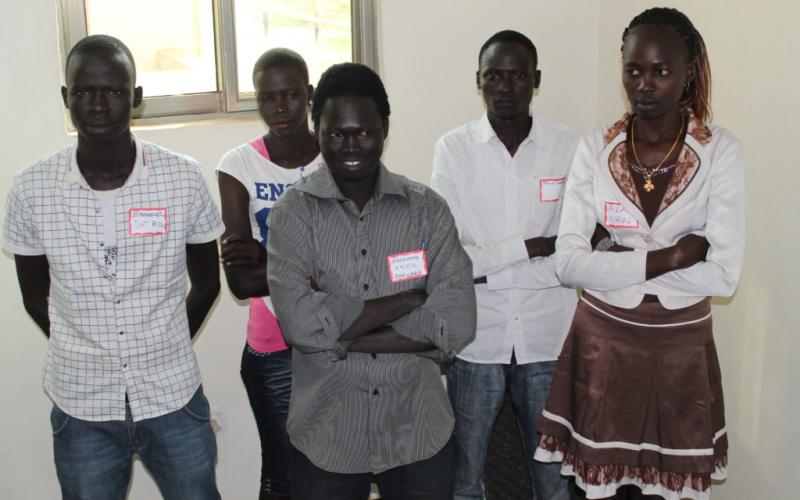 The economy is destroyed. Inflation is the highest in the world. Fertile land has been left fallow because the danger of a violent death has kept farmers from tilling their soil. Food is so scarce and food prices so high that onions are cut into quarters for sale in markets in Yei! South Sudan is in desperate need of leadership.

Six years ago, South Sudan gained independence in a joyous occasion that marked a dramatic end to the inter-generation struggle of its people. After fighting two wars against Sudan in which millions were killed, the people of South Sudan were hopeful that a new era of peace and prosperity had dawned. Two years later, in a December night, the high hopes of independence were shattered when a power struggle between the country’s president, Salva Kiir, and his former deputy, Riek Machar, plunged the country into a civil war. Since then, the country and its hopes have become unrecognizable. The power struggle between South Sudan’s leaders has brought the country to a state of near total anarchy.

Nearly two million people, mostly women and children, have sought refuge in other countries. Hundreds of thousands are without any food to eat. If the war continues at its current intensity, half of the population will have starved to death or fled the country by the end of this year. Seventy-two per cent of women living in United Nations displacement camps in Juba have reported being raped or experiencing some form of sexual assault during the war.

The economy is destroyed. Inflation is the highest in the world. Fertile land has been left fallow because the danger of a violent death has kept farmers from tilling their soil. Food is so scarce and food prices so high that onions are cut into quarters for sale in markets in Yei!

These statistics should shock any leader into action. Not in South Sudan, it seems, where political leaders have squandered every opportunity to end the war and save the lives of their people.

There is no doubt that South Sudan is experiencing a man-made disaster of epic proportions. The political leaders of South Sudan from the warring factions are the primary constraint to peace. They have consistently failed to discharge the burden of leadership in the service of their people. For the last four years, South Sudanese citizens, regional and international leaders have been calling on the leaders of South Sudan to soften their hearts and prioritise the lives of their people. Tragically, these calls have fallen on deaf ears.

At this critical juncture in our history, before South Sudan goes beyond the point of no return and into the abyss, the country is in desperate need of leadership that will salvage it from a bitter power struggle and respond to the aspirations of the common South Sudanese for peace, stability and prosperity. There is a desperate yearning for a leadership that will bridge the deep historical cleavages between its peoples and embark on the project of nation building - leadership that will enter and uphold a social contract with the people of South Sudan rather than rule over them.

This is the strong and substantive message that a group of thirteen delegates from the South Sudan Youth Leaders Forum (SSYLF) of which I am a part of, will be taking to the region’s leaders, South Sudanese politicians and the people of South Sudan.  It is for this reason that we are repeating the same message to the leadership and policy fraternity of Kenya, Uganda, Ethiopia and South Sudan to share our views on what is needed to stop the war and place the nation on a path towards peace and stability.

These young leaders that I am travelling with are drawn from a diverse range of ethnic and political backgrounds. We include among us academics, church leaders, policy experts, government officials and civil society leaders at the forefront of peace-building, reconciliation and nation-building efforts in South Sudan.

The long and drawn out peace process in South Sudan has left the region and the entire world feeling bereft and tired. The peace process is desperately in need of new energy and ideas if it is to achieve its purpose. This sojourn by the South Sudan Youth Leaders Forum (SSYLF) aims to catalyse the type of responsible leadership that has eluded South Sudan for so many years.

We can only succeed in this effort if other South Sudanese and regional leaders are willing to talk with, support and join us in our call.

Undeniably, the situation in South Sudan has never been more urgent. We have a golden opportunity to watch the sun set on a generation that has achieved independence for our people, but tragically mismanaged it for their own narrow interests. This is the time to correct that dark history.

It is time for the sun to rise on a new generation of South Sudanese that can focus on leading, not ruling. The future of South Sudan is in the hands of its youth. We will not squander it but humbly seize this opportunity with all the energy we have to make it right. This is our only chance.

PETER BIAR AJAK is a co-founder and co-ordinator of the South Sudan Young Leader’s Forum.