Jubilee is destroying Kenya, time for Opposition to rule 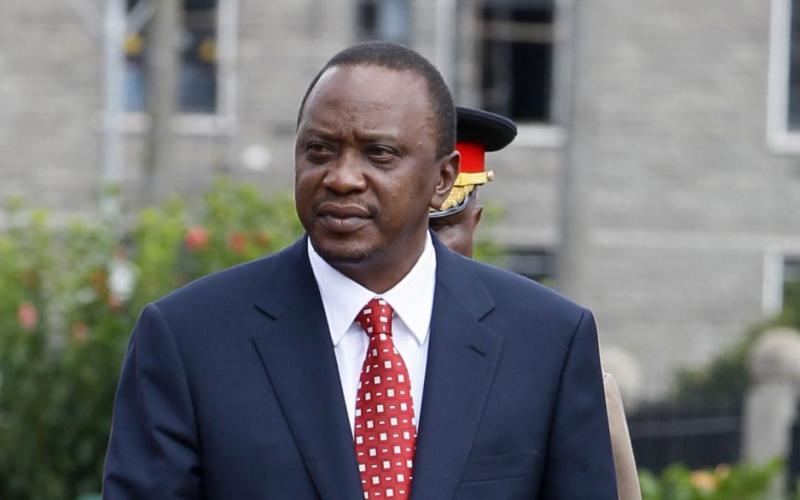 Kenyans go to elections on 8 August 2017 against the backdrop of empty promises by the government of Uhuru Kenyatta, widespread looting of state coffers, poverty and massive borrowing that has left the nation mired in debt. The future of Kenya is in the hands of a united Opposition.

All these were a pretext for an unprecedented borrowing spree, and plunder, plunder that beggars belief.

They borrowed US$4 billion (Sh415 billion) to build a 500km single-track railway with a maximum diesel-powered train speed of 120kph and 80kph for passenger and cargo trains, respectively.

For the same amount of money, Morocco has just completed Africa’s first high-speed rail, a 350 dual track railway (700km of rail) with a maximum speed of 320kph.

Upgrading the existing railway line would have achieved the same performance as the new Standard Gauge Railway (SGR) for a quarter of the cost.

The balance would have financed the new Lamu Port, a railway, a highway, and have enough left for one or two small projects.

Jubilee’s justification for the SGR was to decongest the Mombasa-Malaba highway.

Yet recently, the same administration has decided that it will transport crude oil from Turkana to Mombasa by road.

With two railways running parallel to each other, Jubilee is going to put more trucks on the road.

Why? Because trucking will put money in private pockets, pockets of powerful people.

These are the same vested interests that undermined Kenya Railways. The SGR has been set up to fail before it has been commissioned.

The Jubilee government has lied to Kenyans that this money was put in the budget and disbursed to ministries for various development projects in the FY 2014/15.

This is impossible. Many Kenyans will know that one of the government’s big problem is “absorption” of development budget.

Yet, the Jubilee administration would have us believe that the development budget absorbed six Thika Highway’s worth of additional money in one year only.

We were told the Eurobond money would reduce the government domestic borrowing, and interest rates would come down.

But Jubilee has also doubled our domestic debt.

Interest rates cannot decline when the government is spending one third more than income year after year.

In recent days, we have seen the President struggling to find Jubilee projects to launch.

He’s launching anything he can find, even donor financed footbridges.

Those who know Nairobi well will be familiar with the new buildings coming up in Upper Hill such as the recently completed UAP Tower and the Britam Tower under construction.

The Eurobond money we are talking about is enough to build 40 of those, yet the President cannot find a single new Jubilee project to launch.

Many of you will recall that in October 2015, the government suffered a major cash crunch. This was addressed by taking out a commercial loan of US$750m (Sh77 billion). But this was not enough.

These are huge loans. Before Jubilee, our single largest loan was Sh30 billion for the Thika Highway.

Jubilee has no qualms borrowing four times as much to plug a budget deficit.

We now know that most of this money has been stolen or squandered, carted away in gunny bags (if Josephine Kabura is to be believed), cashed out in exchange for useless containers rusting away in Mombasa, frittered in obscene harambee (fund-drives) largesse to buy acquiescence to the plunder and to sear the moral conscience of the nation.

Many people think that these loans are a burden to our children and future generations.

Not so. We are paying now. Jubilee has put the country on a debt treadmill.

We have to keep borrowing or we will collapse.

Before Jubilee, we were spending only Sh20 out of Sh100 of tax revenue to service debt.

This figure is now approaching Sh40 out of Sh100 and rising rapidly.

Before Jubilee, interest on foreign debt was costing us less than $5 out of every $100 dollars of foreign exchange earnings. Today, it is costing us $15 dollars, and rising fast.

It is also a threat to devolution. The constitution mandates national priorities before the counties revenue share is determined.

Debt service is one of these national priorities. This means that the more debt service outlays, the lower the revenue there is to be shared. In addition to undermining provision of public services, this debt treadmill is a serious threat to our economic stability.

Unlike the long-term soft loans we borrow from development institutions such as the World Bank, African Development Bank and others, these recent commercial loans are short-term “bullet payment” loans, and very expensive.

Bonds have to be redeemed in full when they mature, which means refinancing by issuing new bonds.

The US$750 million commercial loan borrowed to plug the deficit falls due in October.

We don’t have this kind of money sitting somewhere, so the only way to pay it is to refinance either from another Eurobond issue, or to renegotiate with the banks to roll the loan over on very punitive terms.

In early 2019, the first tranche of Eurobond will mature.

If for any reason we are unable to re-finance any one of these repayments, it’s default and a downward spiral from there.

What I am saying is not unusual. We all know about Greece.

Mozambique is going through the same as we speak, after defaulting on bonds payments for money it claimed was for a fishing fleet, but which was squandered on military hardware.

Oil-rich Angola is in the throes of an economic crisis after borrowing and squandering more than US$20 billion from China (a quarter of all money China has lent to Africa). Now more than half their oil is going to China to pay the debts. They are struggling to pay salaries.

We have a penchant for believing bad things only happen to other people.

Just as we thought that we were an island of peace until 2007, we like to think that we are the undisputed economic giant of the region.

Well, not too long ago, Kenya Airways was the undisputed giant of the African skies. Kenya Airways has been brought to its knees by reckless debt-financed expansion, but fundamentally by hubris — Jubilee type hubris.

We have been here before. After losing the battle to maintain the one-party state, and looking at the prospect of losing power, the Moi regime engineered Goldenberg and other looting schemes that nearly bankrupted the country.

But the Opposition fractured, and the Moi administration survived — with only a third of the presidential vote.

Five years later, we could see clearly that if the Opposition did not unite, the Moi regime would run the country to the ground.

The country also ran the risk of the Moi regime removing the two-term limit, as others in the region were doing.

Still, the Opposition failed to unite and sure enough by 2002, the economy had ground to a halt.

This is where we are. The stakes for the Opposition unity have never been higher.

This Jubilee administration is the most corrupt and incompetent government in our history.

The Opposition’s failure to unite and remove the Moi regime in 1992 held the country back two decades.

We will have ground to a halt and talking about recovery, and that is if Jubilee would not have dismantled the Constitution and established the reign of terror that they evidently desire.

The future of our nation is in the hands of Opposition unity.

Whether on August 9, the nation will be brimming with hope, or sinking into despair and despondency depends on what the Opposition leaders do between now and then.

What do Opposition parliamentary aspirants, for instance, gain by running against each other only to lose to Jubilee and hand them a parliamentary majority, perhaps even a two-thirds majority?

If they can do what we saw them doing in December, what do you think they will do with an even bigger majority in five years.

Our nation, our youth, our children need party leaders and presidential aspirants — as a team not as adversaries.

What they do between now and August will determine their political legacy.

If the Opposition loses, the youth of this nation will never forgive them.

* Dr. David Ndii is a Kenyan economist and columnist for Daily Nation newspaper, where this article first appeared.