Home » Democracy & Governance » Lesotho government’s new-found political will is welcome, but it will not solve endemic corruption

Lesotho government’s new-found political will is welcome, but it will not solve endemic corruption 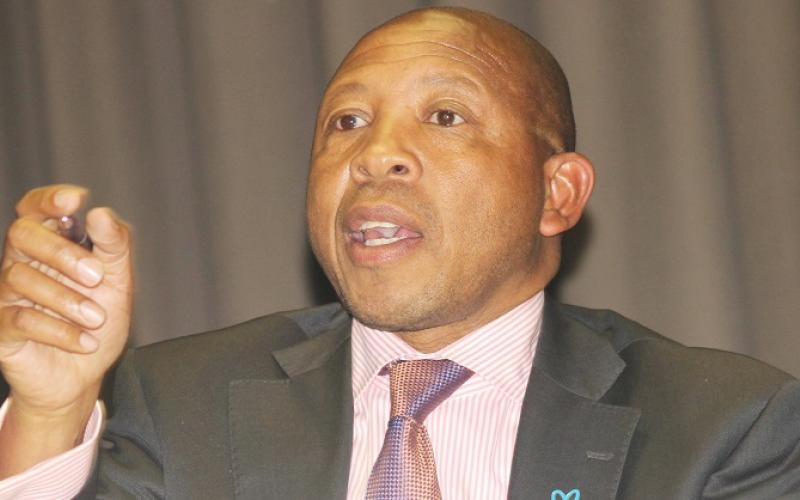 The new government of Lesotho has promised to tackle the scourge of corruption. But Basotho are familiar with such pledges that never translate into action. Political will is not enough to eliminate corruption where the vice is endemic, performs the basic function of maintaining political stability and is key to winning an election.

One of the reasons a national budget speech is such an important occasion is that it reflects the goals and priorities of the government of the day. A budget speech transforms political rhetoric and campaign promises into concrete policies that address practical problems. In Lesotho, and other developing countries, this speech provides a benchmark against which ‘development partners’ can gauge how far politicians are prepared to go to literally put money where their mouths are.

This week, Lesotho’s newly appointed Minister of Finance, Dr. Moeketsi Majoro, a former employee of the IMF, made his maiden budget speech. He emphasised, once again, his government’s commitment to the fight against corruption and wasteful spending. The four political parties in the new coalition government — the second in three years — campaigned on a strong anti-corruption ticket.

Depoliticising bureaucracy and strengthening the procurement regulations are some of the measures that the new administration is apparently lining up to tackle endemic graft. Perhaps the clearest sign of commitment to anti-corruption is the 40 per cent increase in the budget of the Directorate on Corruption and Economic Offences (DCEO).

These efforts are commendable.

But, it is not the first time Lesotho’s finance minister acknowledges extensive venality in the public service and commits the government to rooting it out. In the budget speech of 2005, for instance, the Finance Minister and former employee of the World Bank, Dr. Timothy Thahane, announced that the government was “committed towards identifying and removing public service delivery bottlenecks and rooting out corruption” (see here). The following year, the minister made a further commitment “to reduce the scope for systemic corruption at all levels of government”.

As many waited for Thahane to show the way out of corruption, charges were filed against him, his Principal Secretary (i.e the chief accounting officer in the ministry of finance) and a local businessman for defrauding the government of 19 million Maloti (approximately $1.5 million).

Further, Lesotho under Thahane’s watch was confronted with one of its biggest corruption scandals as it emerged that a $30 million deal with an Israeli company to supply electronic national documents was not above board. An Israeli court later found this company guilty of bribing a foreign official, and fined it NIS 4.5 million ($1.15 million).

Tim Thahane and others before him failed to rein in on corruption under the favourable conditions of a dominant party system. During this time, government stability did not depend much on the use of ‘patronage’ as it is likely to be the case under the coalition government that Majoro finds himself in.

Dr. Majoro and his colleagues may be eager to eschew the mistakes of the past administration, but political realities will weigh heavily on their generally good intentions and the drive to tackle corruption.

First, this coalition government has too many people queuing up for the disbursement of ‘patronage’ of one form or other. There is a frightening legion of young people with college qualifications looking to the government for decent jobs. Some have been hoping and waiting for close to a decade to find meaningful employment in the civil service — Lesotho’s biggest employer. They are hungry and their patience has run out.

This will inevitably complicate government’s efforts to fight the scourge of nepotism and favouritism that defined the previous government of Prime Minister Pakalitha Mosisili (see here for the shocking details on nepotism in Lesotho. Further examples, here and here).

The unemployment crisis is forcing many graduates into the business sector. Yet, economic stagnation and the fading business opportunities mean that many of those trying their luck in the private sector increasingly rely on doing business with the government through the tendering process. Many will not qualify for tenders if procurement regulations are tightened or those in place are strictly enforced as envisaged.

When coupled with the rapidly increasing cost of living, the stagnant salaries in the public service provide strong incentives for public officials to continue tendering for government contracts — a practice that the new Finance Minister condemned in the budget speech. It will difficult to get most civil servants, including chief accounting officers, to support whatever measures are put in place to address these tender irregularities and other practices that compromise the integrity of Lesotho’s procurement system.

All coalition partners — particularly the newly formed Alliance of Democrats (AD) whose leader and the new Deputy Prime Minister has a prime ministerial ambition — are eager to strengthen their base and compete effectively in the next general election. Where the link between a political party and society is weak, as is currently the case with the AD, political patronage and corruption become vital elements of party building strategy.

Members of parliament are likely to continue being under pressure to fulfil social expectations to cater for the personal needs of their constituents. One only needs to spend a few minutes in rural communities and, recently, on popular social media platforms, to understand the expansive role that Basotho assign their representatives. There is a perception among the Basotho that an MP must intervene personally, and using his/her own funds, in the personal problems of the constituents. This creates, in the context of high levels of poverty and increasingly competitive elections, a strong incentive for MPs to get involved in all manner of illicit dealings.

Unfortunately, ‘political will’ is not enough to tackle corruption where it is endemic, performs the basic function of maintaining political stability and is key to winning an election. The new government’s efforts to tackle systemic corruption will be severely hamstrung by current economic and political conditions. In the coming years and months, we should brace ourselves for two things: first, more rhetoric but less action about government’s commitment to anti-corruption, and, second: allegations of nepotism, fraud and kickbacks.

* MOLETSANE MONYAKE is a PhD researcher at the Centre for the Study of Corruption, University of Sussex, UK.