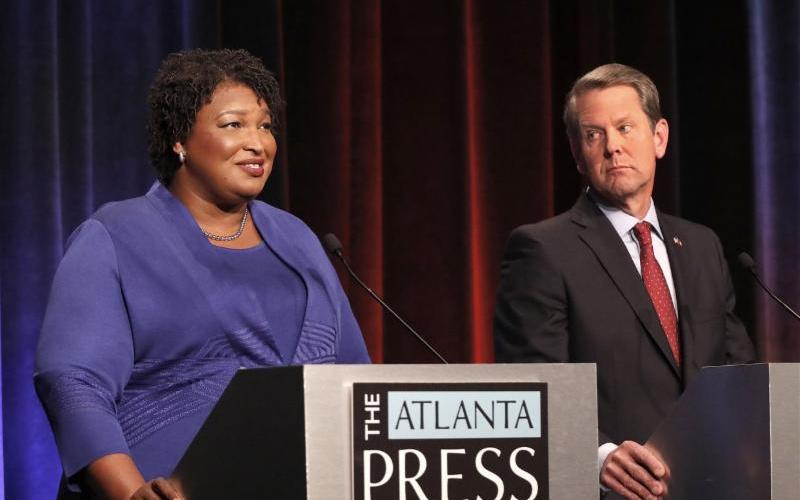 6 November 2018 was a day in which people across the United States and indeed the world were watching for some indications of the future political prospects for the leading capitalist state.

It had been predicted that the House of Representatives would be lost by the Republicans to the Democrats. This was the outcome of the elections where Democrats could pick up approximately 40 seats outperforming the party of President Donald Trump.

Trump played down the loss of the House and emphasised that the Senate would remain under Republican control. Nonetheless, there is a major shake-up in the cabinet of the Trump administration with the immediate departure of Attorney General Jeff Sessions with more ousters being imminent.

A large number of women, national oppressed people and younger politicians ran for public offices while a significant number were elected. The results of the elections were in part due to the higher than normal turnout of voters for a midterm poll.

With these new faces in Congress and the Senate it still remains to be seen what actual impact this will have on the overall political atmosphere prevailing in the US. Trump, whose 2016 campaign is still under investigation by a special counsel, continues his right wing, neo-fascist posture and agenda aimed at stoking fears of African Americans, Latinx people, Middle Easterners, immigrants, LGBTQ communities and anyone who does not agree with the policies of the current administration.

A series of high profile racial and political incidents occurred leading up to the midterms. 14 packages containing what appeared to be pipe bombs were addressed to two former Democratic presidents, a previous Secretary of State, a famous actor, the Manhattan building of the Cable News Network (CNN), among others, with a return address containing the name of Debbie Wasserman Schultz, the former Chair of the Democratic National Committee (DNC).

On 24 October a white racist shot to death two African American seniors at a Kroger supermarket in a suburb of Louisville, Kentucky. Just minutes before this same assailant unsuccessfully attempted to gain entry into an African American church. Some three days later, another domestic terrorist entered the Tree of Life synagogue in the Squirrel Hill district of Pittsburgh and killed 11 Jewish worshippers.

Both gunmen were imbued with hatred for various sectors of the population in the US and internationally. Trump through his campaign rallies across the country has agitated for stricter immigration laws even sending thousands of troops to the southern border with Mexico. The president’s attitude towards African Americans, particularly women, has been expressed through his derogatory statements to journalists who were merely asking him critical questions about domestic issues.

The culmination of these violent acts and inflammatory rhetoric has created a socially tense atmosphere in the US. Although the official unemployment rate has declined sharply over the last two years (3.7 percent), a significant number of working families are continuing to suffer from poverty and economic marginalisation. The ruling class is growing wealthier at the expense of the majority while a burgeoning federal budget deficit threatens the future stability of the country.

Voter suppression, institutional racism and the legacy of slavery

Two gubernatorial and one senatorial race in the states of Georgia and Florida have become a focal point for millions throughout the country and the world. Democratic State Representative Stacey Abrams has refused to concede [she later stopped her bid to become governor, but refused to concede] to former Republican Secretary of State Brian Kemp in Georgia where a narrow margin separates the contenders.

The Abrams campaign has objected to documented evidence of voter suppression targeting mainly African Americans and naturalised citizens. Abrams is demanding that all votes be counted, strongly believing that the gap between her and Kemp would deny him 50 percent of the vote necessitating a runoff election in early December. Kemp has already resigned as Secretary of State claiming victory and setting up a transition team.

An article by Khushbu Shah published in The Guardianon 10 November states that: “In the three months leading up to election day more than 85,000 voters were purged from rolls under Kemp. During 2017, 668,000 voters were purged, according to the Atlanta Journal-Constitution. Of those 2017 numbers, investigative reporter Greg Palast told Salon, 200,000 people left the state, died or moved out their district, making them legitimate cancellations. However, through litigation, he got the entire purge list. “Of the 400,000 who supposedly moved, our experts will tell a court that 340,134 never moved – wrongly purged,” Palast told The Guardian, saying “people had been purged for not voting in an election or two.”

Such a high degree of irregularity within the Secretary of State’s office should have prompted a Justice Department investigation. However, considering that former Attorney General Jeff Sessions, who was fired from the Trump administration the day after the midterm elections, has been accused of being a racist for many years, it is not surprising that no administration intervention on the side of the disenfranchised has been forthcoming. In fact Trump has sided with the Republican candidates in Georgia and Florida, where similar charges have been made.

This same Guardianreport continues noting: “Furthermore from 2012 to 2016, 1.5 million voters were purged – more than 10 percent of all voters – from records, according to a 2018 report from the Brennan Centre for Justice. In comparison, 750,000 were purged from 2008 to 2012…. On the first day of early voting a bus full of African American senior citizens on their way to a voting centre were turned back. Organisers called it ‘live voter suppression.’…  The Guardianwitnessed long lines in various parts of metro Atlanta, where the majority of counties lean Democrat. MIT’s Election Performance Index for 2016 suggested Georgia ranked 49th out of 50 for wait times to vote.”

Similar developments occurred in the state of Florida where African American Mayor of Tallahassee Andrew Gillum, the Democratic candidate for Governor, is in another undecided race against Republican Congressman Ron DeSantis. Voter suppression is a perennial systemic problem in Florida as well.

In 2000 the presidential race between Democratic Vice President Al Gore and Republican Governor George Bush, Jr. was decided in Florida after a 5-4 Supreme Court decision ordered the state election commissions to stop counting the votes, giving the election to the Republican candidate. Broward County became a focal point of the 2000 election and this centre of Democratic African American voters is once again being targeted for disruption by the right wing supporters of the Republican Party.

Carol Anderson of The Guardianwrote on 14 November saying: “Florida is, once again, in an election debacle that is straining the bonds of credibility and democracy. Governor Rick Scott has actually called in the state police to investigate ‘voter fraud’ (none was found), then ordered the voting machines impounded in Broward county, all to protect his precarious lead in the US Senate race. A judge, however, emphatically blocked that last command.”

A referendum was passed in Florida on 6 November, which restored the right to vote to 1.4 million people denied the franchise as a result of previous felony convictions. Nonetheless, these potential voters could not cast their ballots in the midterms. The recounts for Governor and the Senate will intensify the struggle generating more animosity from the right wing towards African Americans and other national minorities.

Even with a majority Democratic House of Representatives the question remains as to which course the party will take as it relates to domestic and international affairs. Many Democratic politicians and their allies within the corporate media have focused attention on allegations of Russian governmental interference in the 2016 presidential elections, which brought Trump to the White House.

Yet with this preoccupation with Russia’s influence, the US electorate completely neglects the political bankruptcy of the Democratic campaign of former Secretary of State Hillary Clinton. During the administration of President Barack Obama, the militarist policies of US imperialism continued in full force leading to an escalation of Pentagon and North Atlantic Treaty Organisation troops in Afghanistan; the destruction of the North African state of Libya in 2011, the most prosperous nation on the continent, resulting in the brutal assassination of Pan-Africanist leader Col. Muammar Gaddafi; an initiation of a counter-revolutionary war aimed at toppling the legitimate government of Syrian President Bashar al-Assad which fuelled the crises of migration and displacement, the worst since the conclusion of World War II, triggering the advent of neo-fascist regimes in Eastern Europe and the threat of the breaking up of the European Union (EU).

On a domestic level after the ascendancy of Obama in 2008, the following midterm elections in 2010 saw a major swing to the right in both the Congress and the Senate. By 2014, the Democrats had lost both the House and Senate along with numerous state legislative bodies and governorships.

During the period of 2009 through 2016, African Americans were subjected to greater levels of state violence and socio-economic depravation spawning rebellions in Ferguson, Baltimore, Milwaukee and Charlotte. There was the proliferation of racist organisations while the Democratic Party seemed helpless in countering the reactionary trend.

The struggle for voting rights among African Americans extends back to the years following the Civil War (1861-1865). The defeat of Black Reconstruction after 1876 and extending through the remaining decades of the 19th century returned African Americans to conditions reminiscent of enslavement where state governments enacted segregation laws, which were reinforced by a penal system that constitutionally within the framework of the 13th Amendment coupled with local laws could in fact subject detainees to involuntary servitude.

An enslavement policy in the state of Colorado was overturned by the voters in the midterms shining a light on this practice as it exists in the 21st century. Nevertheless, the prison system whose inmates are disproportionately African Americans, Latinx and poor is not being dismantled.

How will the incoming Democratic Congress address these fundamental questions? Are they even capable of such a challenge considering that the leadership of both the Democratic and Republican parties represents the ruling capitalist class?

The political rights of African Americans must be defended as a principle within the concept of universal suffrage. Nonetheless, the genuine democratic aspirations of the nationally oppressed in the US and their right to self-determination cannot be realised under the racist capitalist system. The capitalist system was built on the enslavement of African people and the extermination of the indigenous nations in North America. Consequently, a revolutionary reconstruction of the contemporary dispensation must overturn the material basis for this centuries-long national oppression and economic exploitation in order that a truly democratic system comes into existence.