Home » Democracy & Governance » The Mozambican debt crisis: How a sovereign state was sold

The Mozambican debt crisis: How a sovereign state was sold

In 2013 Mozambican government officials formed three private companies and took out illegal secret loans totaling $2 billion. Donors suspended credit to Mozambique because of the loans as the national currency fell by 70% in 2016. Restructuring the illegal loans means imposed austerity on a population already living in extreme austerity and eventually repaying the creditors from revenues derived from Mozambique’s natural gas deposits that on the market in 2023.

It has finally come to pass. An African country has been sold, lock stock and barrel by its leaders to European corporations. Mozambican government officials negotiated a secret loan agreement with Credit Suisse, BNP Paribas and VTB Capital for $2 billion. The loan was executed in the form of government guaranteed bonds bought by the lending banks. The country’s GDP at the time was $16 billion. Ostensibly the loan was for a tuna-fishing project but has now turned out, on the admission of the officials concerned, to be a loan mostly for military equipment.

The guarantee gives British courts “exclusive jurisdiction to resolve any disputes arising out of [ …] this warranty” and Mozambique renounces “any immunity which it or its property or income may enjoy in any jurisdiction.”

Military equipment not being an income generating asset, Mozambique had no means of making the first interest payment of $60 million in January 2017. It defaulted on the loan. As a result, the IMF has suspended the next tranche of $283 million credit to the country. Other development partners have followed suit and the currency has collapsed.

Mozambique is fabulously wealthy, recent natural gas discoveries are said to be sufficient to supply demand in Germany, Italy, France and Britain for two decades (Reuters). According to an official website the country also has “fertile plains that favour agriculture, large rivers - a source of hydroelectric power - minerals, iron… and fossil energy resources such as coal. In addition to these resources, Mozambique also has 2700 km of coastline and an ocean rich in fish and shellfish.”

Statecraft is relatively young in Mozambique which only gained independence in 1975 after 470 years of colonial domination. In terms of performance it is ranked among the poorest of poor countries, placed at 180 out of 188 on the Human Development Index (UNDP, 2014) with a score below that of the average sub-Saharan country and below the average low income country. Citizens have 3.2 mean years of schooling and a life expectancy of 55 years (Unicef). Still, the officials responsible stated before the parliamentary commission investigating the scandal that the expenditure on military hardware was urgent when the alternative was human development. 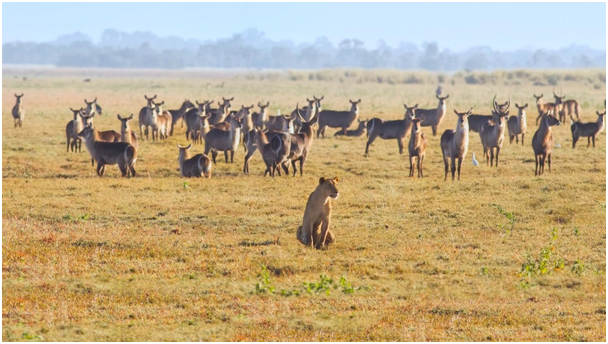 The officials involved are former president Armando Guebuza who served two five-year terms up to January 2015, former finance minister Manuel Chang and António Carlos do Rosário, a senior intelligence and security service (SISE) functionary. They have appeared before a Parliamentary Enquiry Commission, and although the report appears not to have been published, Mozambique News Reports 348 (J. Hanlon Dec 2016) has obtained some details.

Their defense was they did it for the protection of the country and benefit of the people. Guebuza, a general in the paramilitary wing of Frelimo before independence, dared the Commission to question his revolutionary credentials and concluded by stating he would do the same again “in defense of the beloved homeland and the wonderful Mozambican people.”

For his part, do Rosario admitted he was aware the guarantee was illegal but that he had appealed to Chang’s patriotism.  Chang, minister of finance and directly responsible for giving the guarantee, argued that he was within his remit as minister in guaranteeing the debt which was not the same as borrowing which he was not empowered to do. He conceded, however, that he was unaware he was signing away the country’s sovereignty.

The parliamentary commission is curiously mealy-mouthed. Even as it repudiates the legality of the loan and guarantee, the Commission recommends that parliament refrain from actually declaring it illegal as this would cause the three officials involved to be personally liable for the loan. Observers of African politics will be able to decipher this seemingly meaningless recommendation. The Commissioners at this point need to protect themselves from any retribution that might result from bankrupting General Guebuza, Chang and the intelligence functionary do Rosário.

It seems obvious but one may as well argue the case – the actions of Guebuza and his accomplices were anything but patriotic. First and foremost, the government was bound to default on the portion of the loan advanced for fishing boats ($850). Less than half was spent on that purpose; the rest went on naval craft.

The most grave consequence of this adventure is the mortgaging of the country’s assets in the event of default. Default was guaranteed. The procurement process was in the tradition of the developing country official interacting with the affluent Northern supplier: the cost of the craft was inflated by $100 million. Nevertheless, the fishing enterprise was projected to generate $200 million a year and yet the loan repayment was $260 million a year (Ndii, Daily Nation).

Standard procedures designed to ensure quality and quantity of goods delivered such as paying the purchase price into an escrow account until deliveries are made, inspected and signed off, were not followed. Rather, the money went from the lender directly to the vendor.

Reports have not revealed it to be the case but it is entirely possible Mozambique was not the final destination for all the material purchased. An ongoing audit of the transactions will reveal the painful facts.  According to one report, only one of the 24 fishing vessels purchased belongs to Mozambique and all were inactive for part of last year. Only $450,000 worth of tuna was caught against a wildly optimistic projection of $18 million.

The country already has outstanding international development agency credits to repay. By the end of 2016, there was $751 million still to be disbursed, a similar amount already disbursed and a slightly larger amount due in repayments as the following table shows:

The IMF was not informed either at the time of the transaction or when an IMF mission visited in 2015. Naturally it would not be willing to risk its own funds being diverted to pay for an ill-conceived project and military acquisitions and suspended the next tranche of a $283 million loan to Mozambique. The loss of the loan and other IDA credits added to the sum owed to the predator bankers and top it all with the fact that Mozambique is unable to fight them in Mozambique but must do so under British law and the picture of a moribund state comes into sharp focus.

The most distressing news is that regardless of the clear illegality of the loan; the new government is discussing a repayment plan with creditors who bought the bonds from Credit Suisse and VTB – it has ratified and plans to honour the fraudulent transaction.

Worse still, the bond holders have refused to negotiate with Mozambique (the alternative is to file suit) unless and until the IMF reinstates its financing. For the creditors IMF cooperation would mean their claims on the Treasury would be factored into any credits the IMF advances to Mozambique – the IMF as debt-enforcer for gamblers in bonds.

For ordinary Mozambicans, restructuring the loan means imposed austerity measures on a population already living in extreme austerity and eventually repaying the creditors out of the revenues derived from Mozambique’s liquid natural gas deposits once they go on the market in 2023. If it is true government has adopted the illegal loans, these creditors have a claim on the country’s as yet unexploited natural resources.

The original lenders Credit Suisse, VTB would suffer no consequences: the banks would have pulled it off again, misleading their customers (in this case the buyers of the illegal bonds), only this time it is the people of Mozambique who are going to pay for the bail-out.

The secret borrowers Guebuza, Chang and do Santos would get to keep any bribes received for their signatures on the bonds, any kick-backs from the vendor and their status as patriots, a luta continua and all that.

One cannot help noting the head of the IMF Christine Lagarde was convicted in 2016 of criminal negligence for approving rather than appealing against a huge compensatory award to a businessman of 420 million euro he claimed to have lost through government negligence.  Government was only saved the massive loss when the award was overturned on the grounds of an inappropriate relationship between the businessman and the government organ making the award.

Although Lagarde had faced up to a year in prison and a fine of 15,000 euros the court did not penalize her in recognition of her stellar record of service. Any similarities to the ingredients in this case are purely coincidental

Credit Suisse, BNP Paribas and the Russian bank VTB Capital are no strangers to financial scandal, misdemeanours and bailouts. The following is a small selection of their recent trials and tribulations from just the first pages of search results.

VTB is the most interesting because a complaint received against it in 2011 may give an indication of what was in store for Mozambique. It loaned a telecoms company, InterV capital secured against the assets of Vivacom. InterV subsequently had difficulty in repaying the loan but began to seek new financiers. Rather than allow that process to take place, according to the complaint, VTB frustrated InterV’s efforts to save itself. In the end, VTB took over and sold Vivacom, the guarantor, at a price of allegedly $143 million below a competing bid and to a buyer financed by VTB. These acts were committed in the UK where VTB Capital was domiciled.

In December Credit Suisse was in court for mortgage fraud and reached a settlement with US authorities for $2.4 billion. Another $2.8 billion was agreed as compensation for consumers who lost money in the scam.  Earlier in the year Norway’s Sovereign Pension Fund lost $1.4 billion after Credit Suisse shares collapsed to 1/6 of their value (falling from $70 to $12.56). The pensions fund had lost money on an earlier occasion but was somehow persuaded to keep investing in Credit Suisse despite warnings that the bank’s profits depended on illegal or criminal activity.

BNP Paribas was sued by a whistle-blower it had sacked during an investigation into its involvement in foreign exchange rate rigging in 2016. In another case, in 2014, BNP Paribas was fined $9 billion for breaking an American embargo against Cuba, Iran and Sudan, an amount exceeding its profits for the preceding year. Whatever one thinks of the morality of the embargos, a bank engaged in activity that risky is a liability to its clients. BNP Paribas pleaded guilty to ‘ethical and legal mistakes’ which could disqualify it from trading in some jurisdictions.

This is the caliber of organization in whose hands a few individuals placed the future of Mozambique.

Implications for the rest of Africa

Africans outside Mozambique need not rest on their laurels; the key thing is that the loans were secret. President Museveni was only prevented by a national outcry from selling Uganda’s Mabira Forest and Namulonge National Crops Resources Research Institute to ‘investors’. There are rumours of similar clandestine land-grabs across the continent and few can say with any certainty that their own leaders have not sold their countries out from under them.

Financial crimes which deprive people of their birthright and condemn them to poverty qualify as crimes against humanity. With the African Union resolving to withdraw from the Treaty of Rome, will the constitutive legislation of the proposed Criminal Chamber of the African Court of Justice and Human Rights protect Africans from this type of silk-collar crime? Equally important, will the Criminal Chamber be sufficiently autonomous and corruption-free to apprehend and try criminal leaders?

* Mary Serumaga is a Ugandan writer.