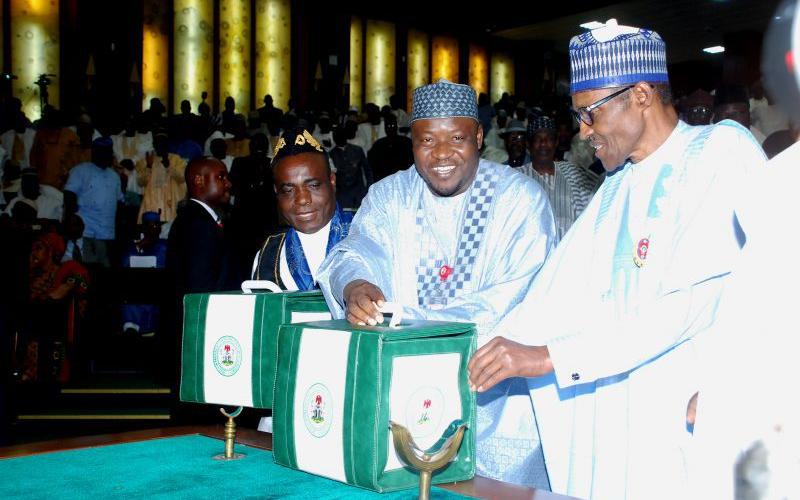 I would like to preface this piece with the following four declarations: One: My dominant interest in Election 2019 is the strengthening of the Nigerian Left in the country’s electoral and non-electoral politics. That is the only real change that can take place and that Nigerian masses deserve. Two: By the Left I mean the aggregate of socialism and popular democracy. This historical-ideological-political tendency is both anti-capitalist and anti-imperialist in orientation and logic. Three: Nigerian Leftism in the present historical epoch goes beyond being a “weapon of criticism”. It is also a programme of liberation. Four: The effectiveness of Left political interventions depends, to a large extent, on Leftists’ understanding of what is actually happening. This is an elementary service the Left owes itself. None of these declarations is new. They are only being pulled together for this piece.

To demystify, without underrating the current wave of political re-alignments in Nigeria—and make bold but useable projections—Nigerian Leftists need to look back at the country’s recent political history and trace the trajectory from May 1999—the beginning of the present “dispensation” which contemporaries call the Fourth Republic. That quick appreciation should indicate what has been relatively stable, what has not been stable and what has been turbulent.

The self-determination group, the Indigenous Peoples of Biafra, has not, by force of arms, contested any part of the Nigerian territory. And none of the various armed groups in the Niger Delta region has, since the days of Isaac Boro, raised the banner of secession. These four regions—the Northeast, the Middle Belt, the Southeast and the Niger Delta—have been the main areas of threats to the territorial integrity of Nigeria since May 1999. But the “status quo ante” has been maintained.

The official geopolitical map of Nigeria has also remained (almost) unaltered since the beginning of the Fourth Republic—in fact since 1 October 1996 when General Sani Abacha, as military ruler, increased the number of Nigeria’s constituent states from 30 to 36 and the number of local government areas to 774. I say “official” and “almost” because some states have, since then, “privately” created “development areas” or “autonomous communities” out of their local government areas. Finally, the country has remained unofficially divided into six geopolitical zones or regions created under Abacha’s still-born constitution of 1995.

To appreciate the country’s political party formations since the beginning of the Fourth Republic, we may, by means of the presidential elections of 1999, 2003, 2007, 2011, 2015 and 2019 (anticipated), divide that period into five sub-periods: (1999-2003), (2003-2007), (2007-2011), (2011-2015) and (2015-2019). In each of the five sub-periods only two sets of political parties are of immediate relevance to this discussion: the dominant ruling class parties and the Leftist parties. Of no immediate interest are the small parties of the Right that aspire either to negotiate and share the “national cake” with the dominant parties or to appropriate whatever benefits may accrue to those who are visible!

It is from this premise that the dominant ruling class parties of (1999-2003) may be listed as People’s Democratic Party (PDP), Alliance for Democracy (AD) and All Peoples Party (APP). The parties of (2003-2007) included PDP, All Nigerian Peoples Party (ANPP), AD, Action Congress (AC) and All Progressive Grand Alliance (APGA). Those of (2007-2011) were PDP, Action Congress of Nigeria (ACN), ANPP, Congress of Progressive Change (CPC), APGA and the Labour Party (LP).

In the middle of the (2011-2015) period a major re-organisation took place in Nigeria’s political class with the emergence of the All Progressives Congress (APC), the present ruling party at the centre. The new party effectively dissolved and absorbed the ACN, the CPC, the ANPP and a fraction of APGA. The result was that Nigeria entered the current period, (2015-2019), with APC, PDP and APGA as the dominant-ruling parties of the Right.

Listing the dominant ruling class parties since the birth of the Fourth Republic—as was done above—is the fundamental first step in the understanding we seek. But it did not either tell us how we moved from 1999 to 2018 or indicate how we may move beyond the present into the future. This we now attempt. The APP of the first period (1999-2003) was the party that transformed into ANPP of the succeeding periods. The AD of the first period gave birth to AC, which then transformed to ACN of the succeeding periods. The CPC of the third and fourth periods grew out of ANPP. Finally, the APC of the fourth and fifth periods was a merger of ACN, CPC, ANPP and fractions of PDP and APGA.

Going through these sketches again, we may make to the following provisional conclusion: Political party mutations in Nigeria’s ruling classes—from 1999 to 2018—have essentially been quantitative movements of association and dissociation, combination and separation. In other words, Nigeria’s ruling classes have not been able to produce qualitative changes, that is, ideological ruptures or breakthroughs since the beginning of the Fourth Republic.

We are now less than nine months to the next presidential election. Formally and officially, the dominant parties of Nigeria’s ruling classes still remain the APC, the PDP and APGA. Although another round of major associations and dissociations, combinations and separations is under way, a decisive move, comparable to the emergence of APC in 2015, has not been made—and, perhaps, may never be made. General Olusegun Obasanjo, a former civil war commander, military ruler, elected president and the leading “kingmaker” of the Fourth Republic, has indicated a line march: rather than initiating a merger of leading “opposition parties”, as happened in 2013, giving birth to the all-conquering APC, the retired general has simply put down an empty political basket and asked members of the political class to leave their parties and enter the basket.

The basket has now adopted or appropriated an officially registered name: the African Democratic Congress. Politicians are moving into the basket—but not yet in a type of wave that would indicate that a major shift in the alignments within the ruling class is imminent.

Another tentative conclusion can be proposed at this stage: Although the dominant ruling class party, the APC, is being vigorously shaken by internal and external forces, it has, so far, remained defiant. The presidency, the main faction in the party, remains as strong as ever—both in the party and in the Nigerian state. This second point is not trivial. In fact, it is very crucial and may become decisive in Election 2019.

The 2015 presidential election may have now revised the “wisdom” to read: The Nigerian presidency is all-powerful and all-conquering if it is in control of the Nigerian state and the party of the president. “Because” has been replaced by “if”.