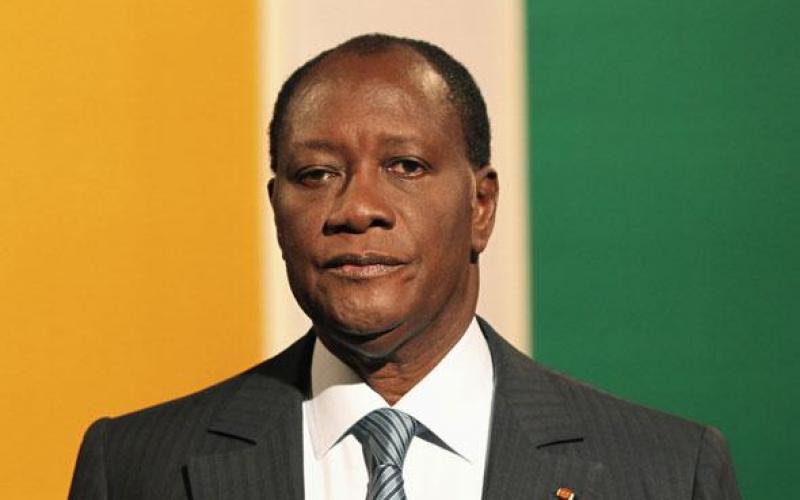 Ouattara is trying to achieve in the constitution what he and his rebel allies refused when the change was proposed way back in 2004. There is no sincerity in the current push for constitutional reform. What Ouattara wants is to consolidate state power and make it difficult for anyone else wishing to be president.

President Alassane Ouattara of the Ivory Coast has proposed several important changes to the country’s constitution. They are being presented to the nation and will be put to a referendum of the registered voters on October 30, 2016.

The changes will include a change of the number of votes needed to amend the constitution to two-thirds from the current requirement of four-fifths. It will create the post of vice-president and a bi-cameral legislature by the creation of a Senate. Unlike the National Assembly which is elected by a popular vote, two-thirds of the new Senate will be indirectly elected by a process which has not been enunciated; the other third of the Senate will be appointed by the President.

Despite the strikingly undemocratic process of an appointed Senate and the lack of transparency of the election of senators, the most important focus of the constitutional change revolves around the notion of “ivoirite”; the requirement that any candidate for President must have been born of parents who were Ivory Coast nationals.

Since 1993 when Henri Konan Bédié succeeded Félix Houphouët-Boigny as President, Muslim northerners have struggled to get identity papers; officials accused them of hiding their foreign origins and abuses linked to constant identity checks have mounted. North-south tensions became personalised in the face-off between Bédié, from the south-west, and Houphouët's former Premier, Alassane Dramane Ouattara, who is both northern and Muslim, and a former International Monetary Fund Deputy Managing Director. Konan Bédié promoted the nationalist concept of Ivoirité and changed the constitution to allow only '100 per cent' Ivoirians to stand for the presidency. He claimed that Ouattara's family came from Burkina Faso and that he had faked his identity papers to hide the fact. Security agents carried on tearing up northerners' documents or made it impossible to renew them, effectively depriving them of their nationality. Bédié’s first act as President included expelling 12,000 Ivory Coast residents on the grounds that they were really from Burkina Faso. This was Bedie, not Gbagbo!

The impediment to Ouattara’s run for the presidency after Guei revolved around the constitutional prohibition of Alassane Ouattara to stand for the presidency because his father was from Upper Volta. Indeed, until Ouattara went through the process of naturalisation as an Ivory Coast citizen when offered a government post by Houphouet-Boigny he was considered a Burkinabe and went to the U.S. on a scholarship provided to those with Burkina Faso nationality. His inability to stand for the presidency was pursued by the former president, Henri Konan Bedie, and enshrined in the constitution of the Ivory Coast of 23 July 2000, Clause 35, which was ratified by a referendum of the Ivory Coast people. It had nothing to do with President Gbagbo or the FPI (his party). Indeed, Bedie, the architect of the constitutional bar to Ouattara is now Ouattara’s ally in the juncture of their PDCI and RDR parties.

The question of Ouattara’s candidacy was not an issue with President Gbagbo. He always said that the means for changing the constitution is contained within the constitution – a vote by the National Assembly and ratification by the people of the proposition. In mid-December 2004, the National Assembly voted on a motion to overturn Clause 35 and prepared to put this to a referendum, as the constitution required. The rebel forces, led by the godfather of their rebellion, Ouattara, refused to have a referendum and demanded that Gbagbo act by fiat to impose the constitutional change. The real reason for this refusal of a referendum was not a political principle but rather that, to have a referendum, there would need to be an electoral roll, a reunited country and, most importantly, the disarmament of the rebels as required under the terms of Linas-Marcoussis Agreement. The rebels refused to disarm and carried on with their rebellion, the division of the Ivory Coast into two sectors (North and South) and assumed the Cabinet posts that the French and the UN made Gbagbo accept as a condition for peace. Now Ouattara is trying to achieve in his new constitution what he and his rebel band refused to allow when the change in Article 35 was presented in 2004.

The Ivorian people never got the chance to vote in a referendum on the issue because Ouattara and his rebels refused to hold the referendum in the French-occupied North. The nub of the issue was that at least over half of the rebel forces grouped under the rubric “Forces Nouvelles” were not Ivoirians and never were. They were gathered as mercenaries and hired thugs by the French from Burkina Faso, Liberia, Mali, Sierra Leone and from the assorted other bands of riff-raff engaged in internecine warfare in West Africa. They were transported to the Ivory Coast and armed by the French, with the support and participation of Blaise Compaore of Burkina Faso and Toure and Tandja of Mali and Niger.

From 2002 until the French attack on President Gbagbo’s presidential palace after he won the 2010 election the Ivory Coast has been divided by a rebellion which divided the country in two. This was a scheme devised by the French at the supposed ‘peace process’ at Linas-Marcoussis and has been enforced by the French Army ever since. It was not just a political separation; it was a religious and ethnic divide as well. The French Army separated the rebel North from the South and effectively divided the country along ethnic lines. The French, and later the United Nations, moved in to maintain this division and to protect the rebels from the wrath of the legitimate elected government of Gbagbo.

There was no peace in the Ivory Coast after the brutal French and UN attack on the legitimate government of the Ivory Coast; only occupation and harassment. The problem which plagues Ouattara and his cast of rebel rogues is that they do not have any legitimacy. The contested election showed that they could not command a majority of the nation’s voters and reverted to electoral fraud and the vicious murder of thousands of Ivoirians by the French and UN helicopters which mowed down people without regard to their innocence and distance from any military activity in the name of the ‘international community’. They were aided by Dozo irregulars (tribal hunters) who were empowered, armed and protected as they killed their way across the West and centre of the Ivory Coast. The aftermath of this French-imposed rebel victory was the destruction of the lives and livelihoods of innocent Ivoirians who happened to be from non-Northern, non-Muslim ethnic groups. For almost a year and a half the residents of areas like Youpogon in Abidjan could not walk their own streets without being afraid of robbery, violence, arrest and murder by the new Ouattara forces who spoke only in Malinke or Dioula. Those who didn’t speak these languages were considered fair game and unprotectable by any forces of law and order.

The power remained in the hands of the French although the mechanics of governance were carried on by the rebels of the North and the Black Frenchmen of the Abidjan elite. Now these illegitimate occupiers of the political establishment are trying to keep themselves in power by changing the constitution to perpetuate their rule.

It is a shameless President Ouattara who can stand in front of the Ivory Coast people and refer to the need to change the constitution when he, and Bedie and the rebel commanders who were installed in Cabinet posts all took their positions by swearing an oath of allegiance to the Constitution while simultaneously working to destroy and supplant the legitimate government of the country. Ouattara, of all people, should remember that he swore allegiance to the constitution of the Ivory Coast when he became a citizen and when he took up his Cabinet post and then led a rebellion against that same constitutional government. In any other country, what Ouattara and Bedie (amongst others) did from 2000 to 2010 would be called treason and they would have been hanged from the nearest lamp-post. It ill behooves such traitors to start talking about modifying a constitution they mocked and besmirched for over a decade.