What is fascism in our times? 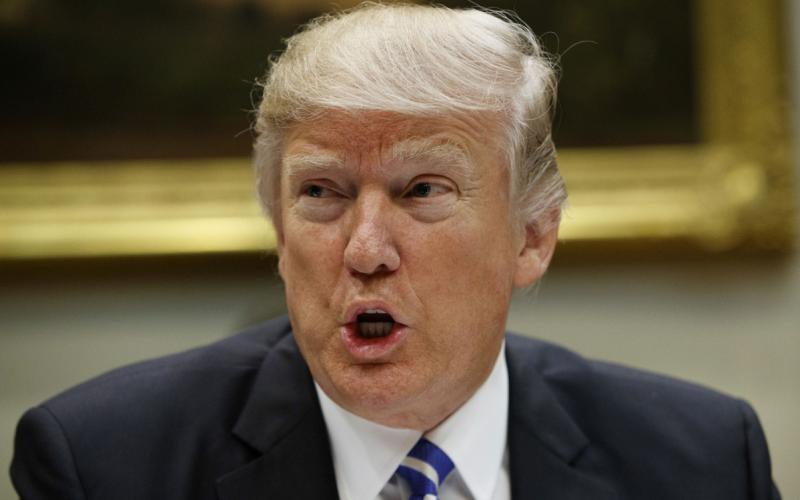 In this final essay of a seven-part series, Yash Tandon depicts fascism as a systemic phenomenon arising from the incompatibility of democracy and capitalism. For capitalism to persist, as is the case now, democracy is dispensed with. Hegemonic imperialist powers embody fascism in their relations with the rest of the world. Leaders of African neo-colonies administer the fascist system on behalf of the global corporate and financial fascism.

There is much talk these days, especially in the Western media, about “fascism”. The word is thrown around with total abandon to describe any political figure with whom one is in disagreement.  Sometimes, “fascism” is twinned with “populism” so that those that are described as “fascists” - for example Trump in America and Le Pen in France - are also called “populists”.

The West is caught up in a historical trap from which its people (including the intelligentsia) are unable to escape.[1] History has entrapped them. The result is that they have no longer much to offer in order for us to understand what fascism really means today.

Those who do not recognise the turning points of history cannot even raise the right questions, let alone provide answers to some of the glaring challenges we now face.

In his essay, “The Essence of Fascism” (1935), Karl Polanyi wrote:  “Victorious Fascism is not only the downfall of the Socialist Movement; it is the end of Christianity in all but its most debased forms. The common attack of German Fascism on both the organisations of the working-class movement and the Churches is not a mere coincidence. It is a symbolic expression of that hidden philosophical essence of Fascism which makes it the common enemy of Socialism and Christianity alike.” [2]

In another essay Polanyi wrote: “Fascism is born from the incompatibility between democracy and capitalism in a fully developed industrial society. Either capitalism or democracy must therefore disappear. Fascism constitutes the solution to this deadlock by allowing capitalism to persist.”[3]

Polanyi was right about the incompatibility between capitalism and democracy. Eighty years later, on July 22, 2015, the British Foreign Secretary, Philip Hammond, told members of British Parliament that democracy was "cumbersome" for the pursuit of foreign military objectives. He said democracy puts Western governments at a disadvantage in confronting Russia and other threats: “We as a nation and as part of an alliance in NATO must think about how we deal with the challenge of our relatively cumbersome decision-making processes.”[4]

Fascism of the hegemonic/imperialist powers

In his “The Return of Fascism in Contemporary Capitalism”, Samir Amin explains how the hegemonic capitalist/imperialist powers embodied fascism in their relations with the rest of the world, and how its roots go back to Nazism: [5]

“Nazism is the model of this type of fascism. Germany became a major industrial power beginning in the 1870s and a competitor of the hegemonic powers of the era (Great Britain and, secondarily, France) and of the country that aspired to become hegemonic (the United States). … Japanese fascism belongs to the same category. Since 1895, modern capitalist Japan aspired to impose its domination over all of East Asia…. Nazi Germany made an alliance with imperial/fascist Japan.”

I’ll quote Samir Amin at some length for the readers to understand the origins and essence of contemporary fascism that is obfuscated by loose use of the term “fascism” by the political elite and popular media in the West to which I referred earlier.  Says Amin:

“The right in European parliaments between the two world wars was always complaisant about fascism and even about the more repugnant Nazism. Churchill himself, regardless of his extreme "Britishness", never hid his sympathy for Mussolini. … With all the cynicism characteristic of the U.S. establishment, Truman openly avowed what others thought quietly: allow the war to wear out its protagonists - Germany, Soviet Russia, and the defeated Europeans - and intervene as late as possible to reap the benefits…. No hesitation was shown in the rehabilitation of Salazar and Franco in 1945.Furthermore, connivance with European fascism was a constant in the policy of the Catholic Church. It would not strain credibility to describe Pius XII as a collaborator with Mussolini and Hitler. … Hitler's anti-Semitism itself aroused opprobrium only much later, when it reached the ultimate stage of its murderous insanity.”

Amin, then, explains how and why the socialist and social-democratic parties of Western and Central Europe enabled fascism to return in full force today:

“In West Germany, in the name of "reconciliation," the local government and its patrons (the United States, and secondarily Great Britain and France) left in place nearly all those who had committed war crimes and crimes against humanity…. [It was] the support of the socialist and social-democratic parties of Western and Central Europe for the anti-communist campaigns undertaken by the conservative right [that] shares responsibility for the later return of fascism.”

Political philosopher, Sheldon Wolin, described the emerging form of government of the United States as “illiberal democracy”. He used the term "inverted totalitarianism" to describe the system of democracy in the US. He goes on to show that the “liberal church”, like the rest of the “liberal establishment”, looked the other way while the poor and working people, especially those of colour, were ruthlessly disempowered and impoverished.

The term "inverted totalitarianism" was picked up by, among others, Chris Hedges and Joe Sacco. In Days of Destruction, Days of Revolt they describe how corporations have corrupted and subverted democracy, and how people are manipulated into surrendering their liberties and their participation in government through commodification of natural and human resources in a deeply ingrained consumerist culture.

Roger Moody in his Rocks and Hard Places: The Globalisation of Mining argues that both communities and fragile ecosystems are unable to cope with bigger and bigger mining ventures.  As grades of ore decline, and community opposition mounts, mega-mining corporations are taking over more and more Greenfield sites in the global South.[6]

We know it from our own experience in Africa how global corporations have been exploiting African nations for their minerals – oil, iron ore, aluminium, diamond, uranium, gold, zinc, copper and cobalt – to mention only the obvious ones.

The Southern and Eastern African Trade Information and Negotiations Institute (SEATINI) – which I founded in 1997 – has been having running battles in the World Trade Organisation (WTO) and with the European Union (EU) encouraging African governments to resist the pressures from the Western corporations to open up their countries to exploitation. We have had some successes, but the corporations, backed by their states and institutions of global economic governance, are simply too powerful.  To describe them as “fascist” would be quite appropriate.

These fascist methods that can only be described as acts of “war” are used not just against the nations of the South, but also against the peoples of First Nations.  Take the case of the hotly contested Dakota Access Pipeline (DAPL) in the United States. The DAPL is a 1,172-mile-long underground oil pipeline under construction by a number of corporations – including Dakota Access, a part subsidiary of Energy Transfer Partners. The pipeline is guarded by the G4S (a leading global integrated security company) that uses psychological warfare tactics - fascist methods - to guard the pipeline against the people.[7] The Standing Rock and Cheyenne River Sioux tribes (among others) have opposed the DAPL arguing that the pipeline threatens their "way of life, their water, people, and land.[8]

In my earlier blogs, I have described how Euro-American Imperial Militarism serves corporate interests through waging wars and encouraging the manufacturing of armaments that eradicate human beings for profit. Global corporations like Cargill and Union Carbide and especially manufacturers of weapons of war; the revolving doors between them and state bureaucracies in the imperial states; the strategic hold these states have over institutions of global governance such as the IMF, the World Banks and the WTO; and the looting of the scientific knowledge of the communities in the South which have developed this knowledge over thousands of years - all these constitute theft and corruption at the highest levels.

The whole system of corporate fascism is supported by a complex web of banking and financial institutions. I have written on this subject, so I will not go into this again. But take the case of Mark Johnson, HSBC's global head of foreign exchange trading, who was charged with fraud in the US for his alleged role in using inside information to profit from a major currency deal. Strange though it may sound, but I must say this in his defence that he is not personally accountable for the fraud, the whole banking system is a fraud that enjoys impunity. Indeed, the global financial superstructure fits well with Sheldon Wolin’s concept of "inverted totalitarianism".

“Trump himself may be a passing phenomenon.  But he is today's reality.  He will be the President of the wealthiest and militarily the most powerful country in the world with a finger on the nuclear trigger.  He can decide the fate of millions inside and outside his country. So let us take stock where we from the South fit into this emerging reality against the background of a collapsing Empire and an emergent new world with all its perils and promises. The past is not dead ground, and to traverse it is not a sterile exercise. The challenges lie here and now.”

[1] Except for some enlightened individuals amongst them - historians like Karl Polanyi, philosophers like Jürgen Habermas, journalists like Chris Hedges, and solidarity organisations like the Geneva based CETIM - to mention those that come to my mind immediately.

[4] https://www.rt.com/uk/310448-cumbersome-democracy-russia-isis/    … Queen Elizabeth's uncle, who became King Edward VIII, travelled to Nazi Germany in 1937 following his abdication. He was not only filmed giving Nazi salutes to Hitler, he also plotted with the Third Reich to form a Nazi-collaborationist regime in England.