Reform is the way forward for South Sudan 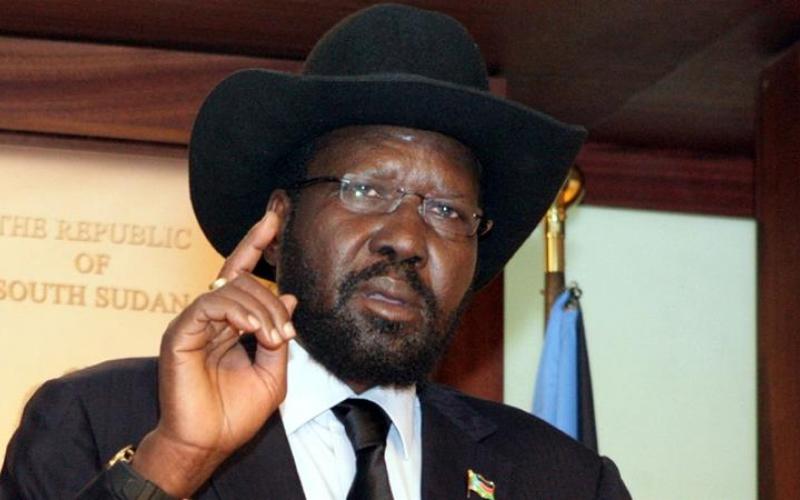 The current challenges in South Sudan require drastic reforms beyond the call for President Salva Kiir to resign. South Sudan needs politicians, men and women, whose motivation is the wellbeing of the people of South Sudan and not self enrichment.

“The first method for estimating the intelligence of a ruler is to look at the men he has around him” – Niccolò Machiavelli.

Salva Kiir surrounds himself with the likes of Jieng Council of Elders, the former Khartoum politicians and formerly with Paul Malong Awan when he was popularly known as King Paul. These sycophantic groups of opportunists do not question the conscientious rule of Kiir, which is the reason why they continue to linger around whereas the likes of Majak da Agoot, Pagan Amum, and Joseph Bakosoro are a planet away from the discussion table.

Another significant reason why South Sudanese and opposition parties, in particular, do not want to leave their lives to be dictated by the perpetual dull whims of Salva Kiir is that he loves to listen to just about anybody. All kinds of people; whether they number in an entourage or a few people in number want to see and talk to the person with the highest position in the land. This sole power that comes with being the president of South Sudan is one of the most cheerful things that he so much adores. And by talking to these varied groups of people, he gets to be pulled from one corner of South Sudan to another different dimension altogether.

With Salva Kiir being a natural introvert, he loathes criticism because he sees it as an infringement on his principles and worth. Combating security challenges that are engulfing our nation do not play into his natural strengths of being naturally a shy person.  That is why since 2005, we have had numerous insurgencies starting from the likes of the late George Athor, Peter Gadet, David Yau Yau, Riek Machar, Thomas Swaka and Joseph Bakosoro.

Before the onslaught of the current political crisis, Kiir’s military solution to renegade generals was to quickly integrate them back into the mainstream South Sudanese military, because he didn’t know the proper way to create a conducive environment so they won’t be able to return to the insurgency and create a fertile environment for newer militant insurgent groups. Shortly after the signing of the Comprehensive Peace Agreement, politicians were seen carting away money in boxes and every nameable enclosed container. From 2005 to 2013, US $12 billion was collected from the oil proceeds, and yet it is only two percent of the population of South Sudan’s capital, Juba, that have access to tap.

After 12 years of their return to Juba, 98 percent of the population of South Sudan still receives water from commercial tankers, whereas by the year 2004, 12 years after South Sudanese had taken refuge there no one was still receiving water from commercial water tanks in Kakuma Refugee Camp in northern Kenya. The only visible developmental initiative of value is the Juba is the Nimule Highway, which was developed by funds provided by the USAID. Had we saved the petroleum proceeds, our people wouldn’t be living on hand-outs from the United Nations up to these days, would we?

And yet you continue to say: “it is not easy being the president!” Come on Mister Kiir! Your predecessor in South Sudanese politics, John Garang de Mabior had it worst than you. How did he use to manage to motivate starving soldiers who didn’t receive any salary as compared to their counterparts in the North? John Garang did exactly that for 21 years while living on scraps while you are living in luxury in Juba, and yet the chaos continues to proliferate each brand new day.

During the public viewing of the late James Ajongo Mawut, Salva Kiir said the opposition groups were calling for impossible demands. Mister Kiir, your resume speaks volume for itself: your leadership is a complete disaster; the circumstantial nagging issues continue to plague us as years passed us by without an end in sight. We may eventually give in to our call for you to step down, but one thing that needs a complete makeover is the parliament. There is just no way for the presidential group to take 75 percent of the High Level Revitalisation Forum (HLRF), while the opposition groups remain with only 25 percent. I say 75 percent because the presidency itself is 25 percent added on top of the 50 percent for the government groups. It is totally fair to share HLRF 50 - 50 among the major stakeholders of the opposition and the government groups.

By starting over with a clean slate, we could generate the best candidates for the parliament on both sides and bring them to the new Transitional Parliament of National Legislative Assembly. Mister Kiir, we have all seen what your current parliamentarians have done, so why is it in your best interest to continue on this same path and just cobble together the opposition and government into one unquestionable piece of little value?

Both the government and opposition groups need to scrutinise their members and select their best-qualified candidates so we won’t fail our people this time around. “It is said that power corrupts, but it is actually more true that power corrupts the corruptible. The sane are actually attracted by other things than power” (David Brin). In South Sudan, Salva Kiir has put himself above the law, mindlessly going about his business and toying with us as if we were mere playthings.

The power has corrupted his very being from his unused grey matter down to the last fibre of his simplistic cells. The same military that he commands belongs to all of us: they are South Sudanese nationals. And never has it been in our recent memory that the military has been so fragmented like these challenging days. Our military goes for four to five months without pay. We are a resilient people and every circumstantial and trying time produces its own heroes. In the first Sudanese civil war, we had Deng Nhial, Joseph Oduho, Joseph Lagu and Abel Alier; and the second Sudanese civil war we had John Garang.

There is no doubt that the end is near for Salva Kiir to see the might of collective power. Our people may be spread over across different terrains of unfamiliar lands, but a new hero may be sharpening his wits and indomitable intelligentsia so he/she may rescue her people from the jaws of an unwise leader. Some people may be gifted with talents of a natural hero from birth, but it is the trying and challenging times like ours that create distinguishable heroes and heroines among us. A peerless hero in the fold of John Garang might be lurking around the corner. Our military is in total disarray, thanks to neglect from Kiir and so with this disarray as a daily occurrence, we led to believe that anybody can do better than Salva Kiir.

* Apioth Mayom Apioth did Social Sciences at the Evergreen State College in Olympia, WA, USA. He can be reached at <[email protected]>