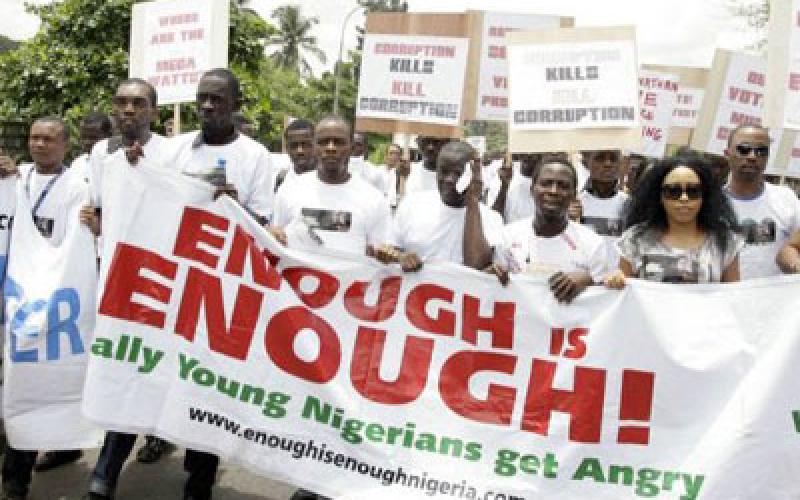 The aim here is to summarise my current position on the question of geopolitical restructuring of Nigeria. I say “current” because as far as I can remember, I started thinking seriously—and then debating and writing—about restructuring from 1986 as a member of the Political Bureau. Today, 32 years later, I am still thinking and writing on the subject. The present piece is implicitly a draft memo on this important political subject to the Nigerian Left. And, for the avoidance of doubt, the category “Nigerian Left” means the aggregate of socialism and popular democracy in Nigeria today.

What I consider my current aggregate position on the restructuring of Nigeria is constituted by several propositions articulated and refined over a fairly long period of time. For the purpose of this piece, the propositions can be grouped under the following five broad headings: The impossibility of purely ethnic separation; Redeployment and redistribution of national resources; Levels of exercise of power and responsibility; Principles of triple balancing; and Popular- democratic restructuring at a glance. The propositions are not of the same status. Some of them are issues, which the Nigerian Left should struggle to have inserted in the Constitution of Nigeria, and others are those that the Left should insert in its programmes, manifestoes and occasional platforms. I shall now take the groups of propositions one after the other.

A little over 20 years ago, on 3 December 1997, when General Sani Abacha was still in power, I attended and contributed to a seminar organised in Calabar by the Cross River State Council of the Nigeria Union of Journalists (NUJ). The seminar was one of NUJ’s contributions to Abacha’s transition programme after the collapse of Babangida’s experiment. I was asked to speak on the theme “The ethnicity syndrome: How it affects the development of Cross River State”. In the preamble to my contribution I said: “If a 100kg bag of beans and a 100kg bag of rice are mixed, it will be possible, with patience and perseverance, for a school boy or school girl to separate the grains”. I then went on to say that it would be easier for that unfortunate young person to perform the feat than for any political authority or forces to separate Nigeria into pure ethnic components!

Two years later, on 4 November 1999, my piece, “Impossibility of (pure) ethnic separation” appeared in my column in The Guardian. The article was essentially a review of the late Chief Anthony Enahoro’s proposition on restructuring the federation. But simultaneously the article appeared as a re-statement of my 3 December 1997 proposition. I shall in future return to Chief Enahoro and, in doing so, touch on the coincidence of my position and his on some aspects of geopolitical restructuring. This coincidence led to a series of private meetings between the late nationalist, democrat and federalist and myself in Lagos and Benin between 1992 and 2002.

If Nigeria disintegrates the more powerful war juntas will simply carve up the country—with each component reproducing Nigeria, that is, recreating majorities and minorities, the dominating and the dominated. Please, set up a large map of Nigeria on the wall. First, demarcate and indicate the present 36 states and the Federal Capital Territory; then, in a different colour, demarcate and indicate the present six geopolitical zones; finally, in another colour, demarcate and indicate Nigeria’s ethnic groups. The only requirement I seek from you is elementary knowledge of your own country’s history and politics plus intellectual honesty—including the honesty to seek honest assistance wherever you are stuck or confused. Compatriots, what do you have before you?

The second cluster of propositions relates to class-to-class redeployment and redistribution of national resources or, simply, the restructuring of class appropriations. By this I mean the massive movement of resources from the ruling classes and blocs to the popular masses through people-oriented radical reforms in employment, education, health, housing, transportation, taxation and levies, etc. Class appropriations, by the way, include not only the monies, properties and businesses recovered from “looters”, but also proceeds of state and class robberies, which may have been covered by obnoxious legalities. The class-to-class redeployment is the sociological and logical complement of horizontal, state-to-state distribution, which—as it is now—is essentially a distribution within the ruling classes and blocs and their various segments.

The third cluster is the principle of triple balancing in Nigeria’s geopolitical restructuring. The picture is like this: split each of the South-south and North-central geopolitical zones into two. This raises the number of geopolitical zones from six to eight. Now, go to Nigeria’s pre-independence geopolitical structure: the three regions—West (plus Lagos), East and North—where the first two regions (plus Lagos) were also regarded as the South. With the new eight-zone structure, the former North and the former South will have four zones each; the former East and former West (plus Lagos) will have two zones each; the South-south and North-central will, together, have four zones while the “big” groups—the Southwest, the Southeast, the Northeast and the Northwest—will together have four zones. So, the North balances the South; the East balances the West; and the historical “Minorities” balances the historical “Majorities”.

The fourth cluster of propositions relates to the levels of responsibility and exercise of power or, in more familiar language, tiers of government. Here we move from the current three tiers to five tiers of government as follows: federal, zonal (between federal and state), state, local government and community (below the local government). Each zone will be constituted by a number of states while a local government ward will be constituted into one or more communities. At the federal level, the president will be replaced by a presidential council of eight equal members—a member representing a zone—with rotational headship. The zone may or may not be a “government” as such, but minimally it will be a unit for some strategic appointments and location of some strategic industries, state institutions and infrastructures. The communities will be the domain of direct mass involvement in development, social welfare and security.

So, what will this type of restructuring—which we have called “popular-democratic restructuring”—look like when it has been constructed and set in motion? This question summons the fifth cluster of propositions. The answer here is that the picture is fragmentary and tentative. Only discussions can refine it. But the clear features include: Nigeria will remain a federal republic; the current principles of citizenship, fundamental human rights and principles of state policy will be enhanced; the federal government will give up a substantial fraction of its current appropriation to the states and local governments. The states, in turn, will finance the zones and the local governments will finance the communities. Finally, —and this is the “magic” of popular democracy—the “cost of governance”, both in relative and absolute terms, will be much less than what it is at present.

* Edwin Madunagu is a mathematician and journalist. He writes from Calabar, Cross River State, Nigeria.