Role of the legal profession in social justice struggles in Africa 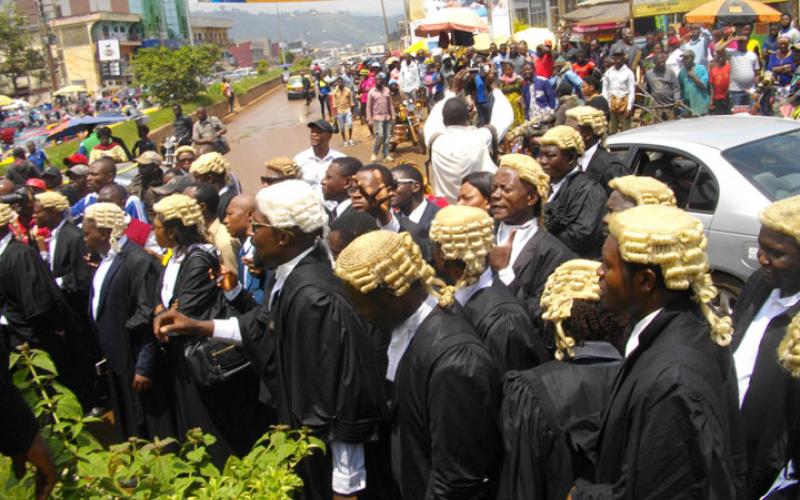 Lawyers should claim their place in society by espousing Pan-African ideals. They should stop defending and colluding with corrupt African elites. A remarkable example is Henry Sylvester Williams, the Trinidadian barrister who, together with other Pan-Africanists, organised the first Pan-African conference in London in 1900.

The Pan African Lawyers Union (PALU), a continental membership forum for African lawyers and lawyers’ associations, held its eighth annual conference and fifth general assembly from 4 to 8 July 2017 in Durban, South Africa, under the theme “The Legal Profession: Re-capturing its Place in Society”.

Some readers might ask themselves if the legal profession does have a place in the society to begin with. The legal profession is perceived, not just in Africa, but also across the world, as a prestigious career that is detached from ordinary people and whose practitioners make money at the expense of their clients. Indeed, readers would recall that many parents in Africa aspire to see their children become lawyers, accountants or medical doctors when they grow up. These three professions have traditionally been associated with wealth and not caring much about broader challenges of the society, especially for those who are the most marginalised.

Fifteen years after eminent African lawyers founded it to reflect the aspirations and concerns of the African people and to promote and defend their shared interests, PALU is actively working to change that perception by encouraging its members to care and be part of social struggles. This call from PALU is being reinforced by a growing realisation that African lawyers need to have solidarity with other actors of the civil society such as the media, activists, academics, non-governmental organisations and social movements because of their common enemy: state repression.

In fact, over the last few years, a number of African lawyers and lawyers’ associations in countries such as Tanzania, Zambia and Cameroon have faced increased threats from their governments. Some of these governments have been plotting to disband lawyers’ associations while others plan to put them under their control. Many lawyers see these threats as attempts to end the freedom of the legal profession in Africa. PALU members have been working to build solidarity and networks with other players of the broader civil society to help them fight back against government repression.

A number of African lawyers have put aside their traditional practice to be part of social justice struggles, including providing legal support to refugees and asylum seekers, working on climate justice, environmental protection, women’s rights, children’s rights, fighting against corruption and combating illicit financial flows (IFFs). Indeed, the role of African lawyers in fighting against illicit financial flows from Africa was one of the main topics for discussion during this year’s annual conference of PALU, and is the one which caught my attention.

Raymond W. Baker - president of Global Financial Integrity (GFI), a not-for-profit organisation that works to curtail IFFs via groundbreaking research, promotion of pragmatic solutions and provision of advice to governments - is a prominent campaigner against IFFs from Africa. During the conference, he highlighted the role that African lawyers can play to end IFFs from Africa, and reminded the audience that Africa loses $50bn annually due to IFFs. 65% of that amount is a result of unfair commerce between Africa and the rest of the world, while 35% results from criminal activities and 5% from corruption. Obviously, one could argue that corruption is the main cause for all IFFs from Africa, as it provides a conducive environment for criminal activities to thrive and for corrupt African leaders to willingly enter into unfair trade agreements with the rest of the world, thus robbing the continent of $50bn each year.

Some African lawyers, whether in government or working in independent law firms, have a hand in providing legal advice to African governments while drafting these unfair trade agreements. If the legal profession aspires to re-capture its place in society, it could start by helping Africa to recover the $50bn lost each year and stop colluding with African governments while entering into unfair commerce agreements with the rest of the world.

The legal profession could in reality claim its place in society by espousing again Pan-African ideals. Readers would remember that Henry Sylvester Williams, a Trinidadian barrister, together with other Pan-Africanists, organised the first Pan-African conference that was held in London, England, from 23 to 25 July 1900. During this conference, they appealed to European leaders to end their racist practices including colonialism in Africa and the West Indies so that African people could govern themselves. There is a need for the African legal profession to learn and remember the Pan-African ideals that their fellow lawyer Henry Sylvester Williams represented.

As mentioned above, lawyers in collaboration with accountants across Africa heavily contribute to the massive looting of African resources by helping African leaders to prepare unfair trade agreements and financial reports that hide evil practices. PALU is a platform that can support various on-going efforts in Africa to combat IFFs. At the annual conference, the organisation launched its code of ethics and invited its members and African lawyers’ associations to sign and adhere to the code while exercising their profession, especially for young African lawyers who are joining PALU and starting their career.

With a growing number of young African lawyers finishing their studies and are unable to find employment, it is very tempting to “defend” any client as long as they are paying well. These young lawyers need some guidance and good examples from leading Pan-African lawyers such as Henry Sylvester Williams who dedicated his life to social justice.

As for the need for African lawyers to continue building solidarities with other actors of the civil society and to care for social justice struggles, no one says it better than Martin Niemöller, a prominent Protestant pastor who emerged as an outspoken public antagonist of Adolf Hitler and spent the last seven years of Nazi rule in concentration camps:

Then they came for me—and there was no one left to speak for me.”