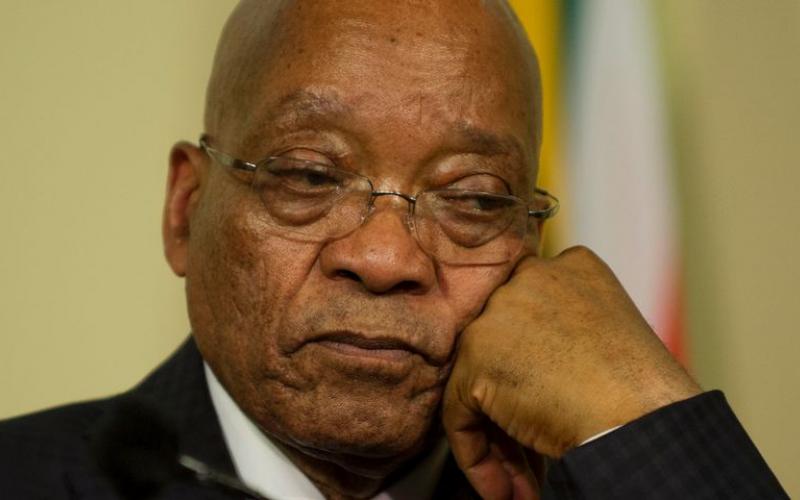 Stiff-necked apartheid high priests had their problems but none of them contemplated the type of weird political culture the ANC and Mr. Zuma are foisting on post-apartheid South Africa. Where is that country headed?

From the look of things, another long, tortuous trek looms in South Africa. The ‘long trek’ has been primed by what many expected would be a honey-coated story but which has now left a bitter taste in the mouth of South Africans! Coming a little over two decades after South Africa threw off the yoke of apartheid, the trek threatens to replace white minority rule with black majority dictatorship.

We can only hope the mere thought of South Africa sliding into dictatorship under President Jacob Zuma did not hasten the recent expiration of anti-apartheid activist, Ahmed Kathrada.

What we do know is that South Africa, for the second time in its chequered history, is under siege arising from the crass leadership deficit of Mr. Zuma, the third person of colour to rule South African since independence in 1994. Once again, the ruling ANC party has thrown its weight behind the embattled president even as authentic voices continue to appeal to the ANC “to take urgent corrective action in the best interest of South Africa and its peoples”.

The latest indication that Mr. Zuma was determined to take South Africans down the weather-beaten road of all despots came when, against wise counsel, he reshuffled his cabinet with the main aim being replacing the independent-minded finance minister Gordhan Pravin with one of his fiercest supporters and former defence minister. This time, Mr. Zuma’s deputy and the powerful Congress of South African Trade Unions, COSATU, which stood by Mr. Zuma in previous corruption scandals, added their voices to calls on the president to step down.

Elections are due in 2019 but, with majority ANC parliamentarians solidly behind him, it should come as no surprise if Mr. Zuma transmutes into another sit-tight African leader. He only needs to look northward across the border for inspiration. The defences around the scandal-prone president may be crumbling but, like a cat with nine lives, Mr. Zuma can still count on fiercely-loyal supporters who impatiently shout down dissenting voices, to achieve his aim.

Any attempt at transmutation may only intensify the campaign to unseat Mr. Zuma. The campaign took a new twist after a controversial security upgrade at the Nkandla country home of the president in 2012. Allegations that Mr. Zuma corruptly enriched himself from the controversial house upgrade were confirmed by the report of the Public Protector that was released in March 2014. A superior court even ordered President Zuma to refund part of the appropriated funds.

Signs that South Africa was headed in the wrong direction manifested in 2007 when Mr. Zuma clawed his way to the powerful presidency of the ANC. For Mr. Zuma, the ANC presidency was an opportunity to get even with enemies, including then President Thabo Mbeki, who dismissed the controversy-prone Mr. Zuma from his cabinet position in 2005 after he was implicated in a corruption scandal. Mr. Zuma got his pound of flesh when he forced Mr. Mbeki to resign in September 2008. Eight months later, Mr. Zuma, as presidential candidate of the ANC, led the party to an easy victory. Things have continued to fall apart for the country since then.

Mr. Zuma is not new to challenges. As a young man with no formal education, the budding anti-apartheid struggle appeared the only way for him. After joining Umkhonto We Sizwe, the military wing of the ANC, Zuma received military training at ANC camps in several southern African countries and occasionally sneaked into South Africa to participate in insurgency against the apartheid regime. It was during one of the operations that Zuma was arrested and jailed for 10 years.

The return of black majority rule in 1994 was all Mr. Zuma needed to advertise his recklessness. As a parliamentarian in 2004, he was fingered in a scandal that involved Schabir Shaik, a businessman and Zuma’s ally who was jailed in 2006 for taking bribes from arms deals which he allegedly channeled to Mr. Zuma. Critics who called on Mr. Zuma to resign as deputy president of ANC were disappointed when COSATU joined in the defence of Mr. Zuma who, on the gravity of the offence, resigned from parliament but remained as deputy president of ANC.

While the Nkandla scandal raged, a former ANC member of parliament, Ms. Vytjie Mentor, revealed that the Guptas, a prominent Indian family with interests in information technology, media and mining, promised her a ministerial post on condition she drops the India route on the flight schedule of the South African national carrier. Within hours, then deputy finance minister, Mcebisi Jones, also revealed how he rejected the offer of substantive finance minister by members of the Gupta family.  South Africans had good cause to worry when, around the same time, a former cabinet spokesperson, Themba Maseko, revealed that President Zuma requested him to find ways of helping the Gupta family.

South Africa has many indigenous Indian families but the Guptas is not one of them. In fact, the Guptas, probably at the instance of Mr. Zuma, arrived in South Africa a decade-and-half ago and has made giant strides that are only possible with a string-pulling benevolent godfather. Of course, President Zuma’s family is represented in the octopoid Gupta family business by his 33-year-old son, Duduzane, who resigned his non-executive directorship when the latest scandal broke.

If South Africans needed proof of how well connected the Guptas are, they got one in April, 2013, when security and aviation authorities simply turned the blind eye as the Guptas breached state security when the highly-favoured Indians landed a private jet, filled with wedding guests, at an Air Force Base near Pretoria! South Africans were aghast and, soon, those who pressured government to wield the big stick were silenced and dubbed enemies of state by the normally-vibrant official propaganda machinery.

Stiff-necked apartheid high priests had their problems but none of them contemplated the type of weird political culture the ANC and Mr. Zuma are foisting on post-apartheid South Africa. For now, the least expectation of Africans is to sneer as Mr. Zuma transforms a promising Republic of South Africa into a prototypic African republic.