Home » Democracy & Governance » Statement of the Libyan National Popular Movement on the Seventh Anniversary of the February Conspiracy.

Statement of the Libyan National Popular Movement on the Seventh Anniversary of the February Conspiracy. 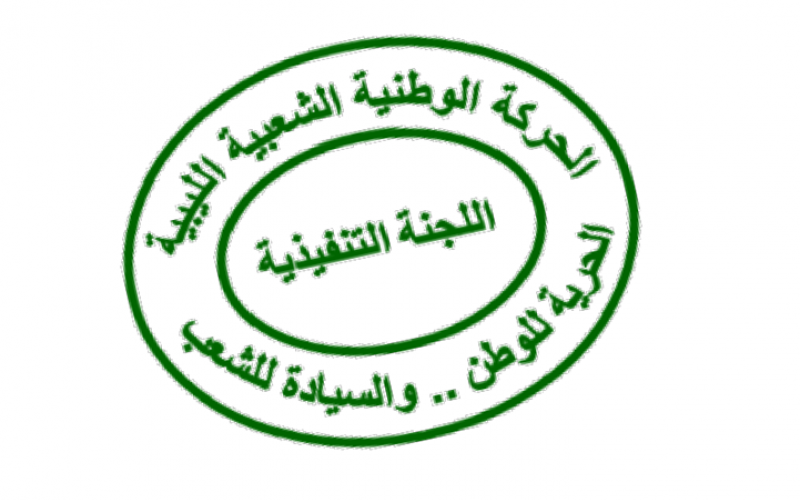 Today comes the seventh year of the international conspiracy, in which obscurantist forces and Libyan agents participated in the war against Libya and its safe people, where innocent people were hurled to take part through the launching of false slogans by a media campaign carried out by excessive regional and international mass media machines.

It is a conspiracy that was finally accomplished by eight months of a prolonged heavy military action that the NATO had carried out since the Second World War, resulting in the destruction of the total civilian and military infrastructure of the country. The Libyan people had steadfastly withstood with unbridled courage and limited capabilities giving tens of thousands of martyrs.

The enemies of the Libyan people were able to take control of Libya, with the help of the NATO military forces, the international propaganda capabilities and the money of the reactionary Arab countries. They carried out large-scale repression operations of which no Libyan city, village or family was safe. They set up thousands of camps under the supervision of hateful criminals, where honest Libyans have suffered the most terrible categories of torment; hundreds of thousands of Libyan families have been displaced, and their homes, towns  and villages destroyed and; tens of thousands of Libyans have been killed in  cold blood. Moreover, the Libyan territory has been violated by all international intelligence agencies and international terrorist organizations and criminal gangs. Terrorists and criminals managed to take hold of the reins of the state and turned Libya into a base for international terrorism and a hotbed of organized crime.

Thieves and international mafia seized control of the economic institutions, plundering the money saved by Al-Fateh revolution for future generations. All kinds of crimes that Libyans had never thought of spread all over the country.

The central state disintegrated in favor of regional militias’ control, whereby Libya tuned into warring areas, security has become completely non-existent, and fear and terror spread on a large scale. Furthermore, all service sectors collapsed, and the lives of the Libyans returned to what they had been in the 1950s and 1960s, with no electricity, no medicine, no nutrition, and no money.

The February conspiracy has been a black era in Libya's history. Our people realized its danger early and continued to resist it by all means, until in May 2015, they succeeded in rebuilding part of the armed forces that launched the Dignity Operation to restore the country from chaos, terrorism and foreign tampering, succeeding in liberating large parts of Libya from the grip of terrorism and criminality.

The Libyan National Popular Movement, as it peacefully fights against the February conspiracy, would like to highlight to the Libyan Arab People the following:

The responsibility of the situation must be borne by the terrorist organizations, which are disguised in religious attire, and the foreigners of Libyan origin who have acted as spies against Libya. Thus, the country can only be salvaged by the elimination of their power and keeping their hands off from harming the Libyans.

All attempts by the aggressor states and their agents to put forward political projects to turn the conspiracy and its consequences into a political and social reality in Libya have failed. The National Popular Movement calls on all national forces to work together to put forward a national salvation project away from the futility of foreign hands. Such project shall be based on the notion that Libya is an independent unified country, full equality between the Libyans, and the removal of the effects of the conspiracy, through central national institutions away from ideological, regional and tribal polarizations.

The Libyan National Popular Movement renews its full support to the armed forces and the security services to establish security and impose stability, which is a condition for any viable political solution. It renews the call to all officers and soldiers to the need to rejoin their ranks and fulfill their duty to defend Libya and the Libyans against the aggression of the covetous and the terror of criminals and terrorists.

The Movement emphasizes that no national dialogue and no political solution will succeed without the immediate release of all prisoners held in the prisons of the militias; return of the dislodged and the displaced to their homes, cities and villages, reparation and retrieval of grievances; abolition of all prosecutions of national leaders; and abolition of all exclusionary laws. In this context, the Movement renews its rejection of any dialogue with terrorists and organizations disguised in religion and rejects all desperate attempts to recycle and integrate them into the political process.

The Libyan National Popular Movement rejects the policy of revenge and the fulfillment of rights by force, calls for the return of the just judicial system to deal with its effects by law, and believes in the importance of achieving national reconciliation based on restorative justice.

The Movement appeals to all Libyan elites from all parties to highlight the importance of emerging from the cycle of conflict over the past and the search for serious remedies for the crisis of the homeland. It declares its readiness to work with all national forces to implement effective solutions to get out of the current crisis.

The Libyan National Popular Movement reminds of the primary responsibility  of the foreign intervention for the negative conditions the country has arrived to and renews the call to the international community to shoulder its responsibilities regarding the humanitarian and security suffering of the Libyan people. It appeals to Mr. Ghassan Salameh, the head of the United Nations Support Mission to make serious efforts to resolve the political crisis and expresses its distress to the frustration caused by the failure to carry out any of the steps announced by Mr. Ghassan Salameh in what was known as the Resolution Salameh Plan. It shows that a feeling of bitterness began to infiltrate the Libyan people that the Plan is nothing but a time-gain in a desperate attempt to pass the failed Skheirat Plan.

The Libyan National Popular Movement considers all the successive governments and institutions that have been produced by the February Conspiracy and controlled the fate of the Libyan people responsible for all the political, economic and social crimes and the damage done to the Libyan people. Furthermore, it considers such transgressions crimes against humanity the perpetrators of which must be tried in their legal and personal capacities before a just legal system and pursuing the escapees and not dropping their crimes by prescription.

The Movement also calls upon the African Union, all freedom and peace loving peoples, as well as all regional and international organizations, to shoulder their political, moral and legal responsibilities to support the Libyan people and help them overcome the crisis imposed on them.

The Libyan National Popular Movement holds the international community and all its legal and political institutions responsible for looting the frozen Libyan funds and investments abroad and for tampering with its resources and wealth.

The National Popular Movement condemns the local, regional and international silence on the suffering of the inhabitants of Tawergha who had been unjustly and aggressively kicked out of their city and calls upon the national forces in Misrata to urgently end the violations of the rights of these people, which are committed by the criminal militias in Misrata for. It also calls for the intensification of popular struggle to assure the return of dislodged and displaced people, individually and collectively, to their homes and cities and to compensate them for the damage.

In conclusion, the Movement renews its firm belief in the ability of the Libyan people, who defeated the Italian colonialism, overthrew the reactionary regime, expelled foreign bases, and carved for Libya a leading position above the ground and their ability to achieve the resounding victory.

Greetings to the righteous martyrs who gave their lives to the homeland, led by the martyr Muammar Gaddafi and the hero Abu Bakr Younis Jaber.

Peace be upon the heroic prisoners, the steadfast dislodged, and the persevering displaced.

Freedom the the Homeland and Sovereignty for the People