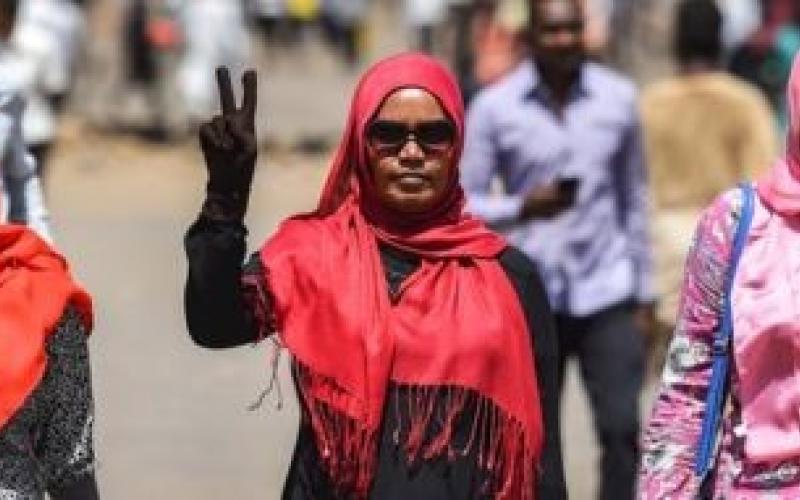 This brief analysis is meant to shed some light on Sudan’s popular revolution that is ongoing amidst military crackdown on protesters who seem determined to protect their revolution without counting the cost or heeding the wounds.  Some lessons will be drawn for the rest of Africa and for the international community.sunonot

When what was dubbed “The Arab Spring” took shape in 2011, with several tyrannical regimes falling one after another, the next question was: “Will the Arab Spring move into the rest of Africa?” Other more introspective political analysts started wondering whether a new paradigm shift was in the making ushering in popular revolutions led by the youth armed with Twitter, Facebook, WhatsApp and other subtle social media outlets.  Given the current political crisis in Sudan and the resilient populace, it looks like we can safely assert that Africa has entered a new phase of mass protest against long-serving tyrannical regimes.

What do we know so far?

The ongoing mass protests in Sudan that ended Bashir’s regime is like no other Africa has known.  The picture above eloquently demonstrates the key actors in the ongoing revolution in Sudan—fairly educated youthful women taking the lead followed by determined youthful men flushing the “V” sign—the only weapon they wield.  This is not what Africa’s past democratic struggles looked like.  We are used to armed rebel groups waging protracted wars in Africa’s dense forests, or opposition political parties taking on the ruling parties in a mortal contest for state power.  The new faces of the popular movement and revolt are what was labelled as “civil society”—a cocktail of associational groups that include students’ associations, professional groups such as doctors, nurses, teachers, lawyers, judges and faith-based organisations.

Now given what has been happening in Sudan with doctors, women and youth taking on one of the most powerful states in Africa and in fact ending Bashir’s regime, it is evident that the civil society has teeth and can bite if it chooses to do so.

Political developments in Sudan have been moving at a supersonic speed and observers have lost track of what is going on.  Changes happen so fast.  A brief recap of key events will help situate this brief discourse on what is likely to be Africa’s most exciting and dramatic political development of the 21st century.  What sparked off the protests was the fuel and bread price rise that was announced in December 2018—bread and butter are issues one should not take lightly.  Hunger is a revolutionary phenomenon.  Touch ugali [maize meal] and you open a pandora’s box.

Under intense pressure from protests, President Bashir dissolved the government hoping to appease the angry masses.  This did not end the protests. On 24 February security forces fired live bullets at protesters.   Instead of instilling fear among the protesters, live bullets radicalised the protesters and on 6 April 2019, sit-ins commenced by activists who camped near the military headquarters.  Their new demand now became the removal of President Bashir from power.

On 20 April 2019, talks commenced organised between civilian representatives and the military junta.  The main issue during this time was the protesters’ constant demand for civilian rule and end of military leadership.  Meanwhile some shootings near the military headquarters continued with some protesters getting killed as was the case on 13 May when six people were shot during protests.  On 14 May 2019, some kind of deal was reached to the effect that there would be a three-year transition period agreed upon by both the military and civilians.

Some lingering questions such as the controversial Sharia law, kept coming up as needing to be resolved with civilians wanting the Sharia law scrapped while the military wanted it retained.  On 16 May, talks were postponed when the military demanded that barricades be removed. Talks got suspended on 3 June when activists felt that the military was not honest and was using force to disrupt the civilian sit-ins.  Meanwhile protest intensified with more professionals joining.  In response, the military started killing civilians (more than 100 lives lost so far since Monday 3 June).

The recent violent crackdown on protesters has cast the military in bad light with the international community condemning the use of brute force on unarmed civilians.  Both the African Union (AU) [the AU later suspended Sudan’s participation in the organisation’s activities until civilian rule is re-established] and the United Nations (UN) have come out clear demanding a transition to civilian rule. It looks like this time around both the AU and the international community have sided with the people, effectively pushing the military in a tight corner.

Like all mass popular protests, at first, there is lack of proper coordination and leadership structure.  Sudan is not different. But one thing is clear.  The protesters have one clear objective—demand for civilian rule and end of the military rule or interference in Sudan’s politics.  However, some sort of structure is beginning to emerge.  There is one outfit called the Declaration of Freedom and Change Forces led by Khalid Omar Yousef that recently declared that the military “regime will fall no matter what.”  During the Muslim festivities of Eid Mubarak, there was some bit of respite, but the protests were expected to resume after Eid Mubarak holidays, according to Khalid Omar Yousef.

The other main actor is, of course, the Transitional Military Council (TMC) led by Lieutenant General Abdel Fattah al-Burhan.  The TMC is largely perceived as merely perpetuating the ancient regime of Omar al-Bashir.  Even though Bashir is languishing in prison, many political analysts feel that his system of “Bashirism” is still operating through his military cronies.  Basically, things changed only to remain the same. This is why the protesters have remained adamant and demand that the military hands over power to the civilians.

The Sudanese Professional Association (SPA)—a very fancy name—is one of the most active within the protest movement.  Among them doctors have shown incredible leadership but also care for those who are wounded during street battles.  There is a growing suspicion that the military council is crafting a strategy to disperse the peaceful sit-ins by using excessive force.  One strategy that the military council is suspected of using is to infiltrate the protesters with its own vigilante groups.  While the military council keeps citing the country’s stability as being key, the protesters consider roadblocks and staying in streets as their key weapon for piling pressure on the military junta to relinquish power to civilians.

Global stakes of the Sudan crisis

While the protests and violence crackdown are intensifying, the international community and regional neighbours are in a sort of dilemma.  The issue of national sovereignty is always in the background.  The Sudan TMC has tried to reach out to the region to seek recognition and legitimacy.  But things have not been easy.  As things stand, it is the protesters who are not comfortable having some of the regional neighbours pocking their noses into the internal affairs of Sudan.  Usually it is the other way around—regimes telling foreign powers to keep off.

Among the neighbours who have been contacted by the TMC is King Salman of Saudi Arabia.  President Abdel Al-Sisi of Egypt is particularly in an awkward situation as Chairperson of the AU, and yet has also been contacted by the TMC for some kind of recognition and support.   The United Arab Emirates (UAE) has also been contacted by the TMC.  These moves have not gone down well with the protesters who suspect that these foreign powers are meddling into the internal affairs of Sudan. To confirm the suspicions of the protesters, recently Saudi Arabia and UAE have actually deposited some good amount of money into Sudan’s central bank supposedly to beef up the country’s ailing economy.

The UN has been making statements deploring the use of force by the military.  Particularly disturbing is the recent revelation that the military has been killing civilians and dumping their bodies into the Nile River—an act that would easily constitute a crime against humanity.  The military junta has spoken out and promised to bring to book the perpetrators of such heinous crimes. But there is a lot of doubt on whether the very military that is committing such crimes would be capable of investigating those crimes and deliver justice.

Until 6 June when the AU Peace and Security Council suspended Sudan, there was disturbing silence from the AU given the recent shift in the political dynamics in Sudan.  Some clear and sharp statements to demand for the urgent transition to civilian rule were needed to come from both the international community and the AU in particular.  Before 6 June, we had not heard any [concrete] threat of sanctions against the military junta.

The top army generals who command the use of violence in the name of national stability are known.  The countries that are supporting the military junta are also known.   The military is probably buying time thinking that the protesters will get tired and return to their homes and work. They are misguided.  The protesters have taken over the protest movement’s agenda and nothing will deter them from what they have begun.  The military is clearly on the wrong side of history and the earlier they learn this hard truth the better for them and for Sudan.  This is the message that the international community should pass on clearly and timely.

It is true that there are many conflicting interests in the Sudanese crisis.  But the wishes of the people of Sudan should take priority over any other consideration.

Clearly what is going on in Sudan is a paradigm shift in African politics.  When determined civilians have become aware of their political rights and claimed agency, there is nothing the military can do about it. No amount of force will intimidate the fully determined civilians.

Sudan’s population is fairly educated and well connected by social media.  This has built some cohesion that the military has not been able to break.  The religious factor also plays a crucial role.   A strong religion such as Islam, can serve as a catalyst for change. It is ironical that the Sudanese protesters are also demanding a secular political dispensation and an end to Sharia law.  The protesters are fully aware that Sharia law is manipulated to support the status quo.

As many commentators have indicated, Africa’s youth bulge is a time-bomb.  Unemployed educated youth will no longer just be used by politicians for their selfish political agenda. It is such youth who form the vanguard of popular protests. For they have nothing to lose except their poverty.

Long-serving dictatorial regimes have been a liability to the African continent that is poised for taking off, given the recently ratified African Continental Free Trade Area.  It is time they realised the wisdom of building stable institutions that will outlive them.  All those long-serving African political dinosaurs have one common element—overstaying their welcome under the false and fallacious claim that they still have some ‘unfinished business’. The only unfinished business that seems to be evident is primitive accumulation and politics of patronage.

The question remains: which other country will follow Sudan in this new wind of change that is sweeping across Africa, symbolised by the protest movement? You can hear a whisper— “not me.”  Only time will tell.  For the meantime we wish the Sudanese people success in their continued struggle to claim their popular sovereignty and that other countries living under similar circumstances may learn a lesson from this experience.

* Doctor Odomaro Mubangizi teaches social and political philosophy at the Institute of Philosophy and Theology in Addis Ababa, Ethiopia.