Why is Canada supporting Africa’s most ruthless dictator? 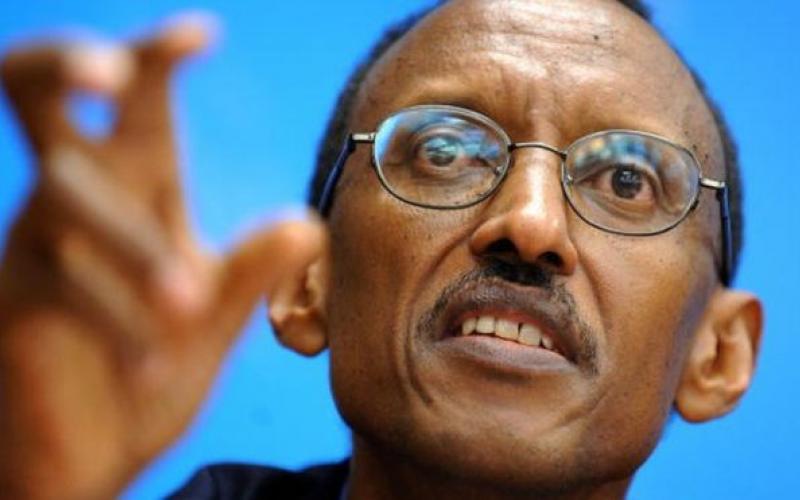 From commemorating Rwanda’s dubious Liberation Day to applauding Paul Kagame’s questionable landslide election victory, Canada’s High Commissioner in Kigali has provided various forms of ideological support to Africa’s most ruthless dictator. That should embarrass everyone who wants Canada to be a force for good in the world.

After amending the constitution to be able to run indefinitely Paul Kagame recently won 98.63% of votes in Rwanda’s presidential election. In response Canada’s High Commissioner Sara Hradecky tweeted: “Congratulations to Rwandans for voting in peaceful presidential election” and "Canada congratulates Paul Kagame on his inauguration today as President of Rwanda". The latter Tweet was picked up by the state propaganda organ New Times in a story titled "Heads of State, diplomats laud Kagame’s 'visionary leadership'.”

If garnering 99% of the vote wasn’t a clue that Kagame is a dictator, the High Commissioner could’ve taken a look at Canada’s ‘paper of record’, whose Africa bureau chief has shone a critical light on Rwanda in recent years. At the start of 2016 the Globe and Mail reported on two new books describing the totalitarian nature of the regime. “Village informers”, wrote South Africa-based Geoffrey York. “Re-education camps. Networks of spies on the streets. Routine surveillance of the entire population. The crushing of the independent media and all political opposition. A ruler who changes the constitution to extend his power after ruling for two decades. It sounds like North Korea, or the totalitarian days of China under Mao. But this is the African nation of Rwanda – a long-time favourite of Western governments and a major beneficiary of millions of dollars in Canadian government support.”

In 2014 York wrote an investigation headlined “Inside the plots to kill Rwanda’s dissidents”, which provided compelling evidence that the regime had extended its assassination program outside of east Africa, killing (or attempting to) a number of its former top officials who were living in South Africa. Since the initial investigation York has also reported on Rwandan dissidents who have had to flee Belgium for their safety while the Toronto Star revealed five individuals in Canada fearful of the regime’s killers.

On top of international assassinations and domestic repression, Kagame has unleashed mayhem in the Congo. In 1996 Rwandan forces marched 1,500 km to topple the regime in Kinshasa and then re-invaded after the Congolese government it installed expelled Rwandan troops. This led to an eight-country war between 1998 and 2003, which left millions dead. Rwandan proxies have repeatedly re-invaded the mineral rich eastern Congo. In 2012 the Globe and Mail described how “Rwandan sponsored” M23 rebels “hold power by terror and violence” there.

The Rwandan government’s domestic repression and violence in the Congo is well documented. Yet I couldn’t find a single tweet or comment by Hradecky critical of Kagame since she became High Commissioner in January. Yet she found time to retweet Kagame’s International Women’s Day message that “Realizing women's full aspirations is inextricably linked to achieving whole nation's potential.”

Re-tweeting a tyrant’s message or applauding spurious elections are clear forms of support for the “butcher of Africa’s Great Lakes”. But, Hradecky has offered less obvious backing to the regime.

On July 4 Hradecky tweeted: “From the Canadian High Commission, we wish Rwandans a Happy Liberation Day!”, which was picked up by the New Times in a story titled “Messages of solidarity as Rwanda marks Liberation Day”. The Ugandan-sponsored Rwandan Patriotic Front officially captured Kigali on July 4, 1994. Trained at a US military base in Kansas, Kagame’s forces apparently waited to take the capital so their Liberation Day could coincide with their US backers’ Independence Day, a public relations move that continues to pay dividends as demonstrated by a July NPR story titled “In Rwanda, July 4 Isn't Independence Day — It's Liberation Day”.

Four years after 3,000 Ugandan troops “deserted” to invade their smaller neighbour the force of mostly exiled Tutsi took Kigali. Today, Rwanda continues to be ruled by largely English-speaking individuals who often are descended from those who had authority in a monarchy overthrown during the 1959–61 struggle against Belgian rule. The Guardian recently pointed to “the Tutsi elite who dominate politics and business” and the Economist detailed the “The Rwandan Patriotic Front’s business empire” in the country.

Underpinning the “liberation” story is a highly simplistic, if not counterfactual, account of the 1994 genocide. Widely hailed as the person who ended the killings, Kagame is probably the individual most responsible for the mass slaughter. His RPF invaded Rwanda from Uganda, engaged in a great deal of killing and blew up the presidential plane, an event that unleashed the genocidal violence. As Hradecky should know, last year the Globe and Mail described two secret reports documenting Kagame’s “direct involvement in the 1994 missile attack that killed former president Juvénal Habyarimana, leading to the genocide in which an estimated 800,000 people died.”

Echoing Kigali’s narrative, Hradecky published half a dozen tweets (or retweets) in April commemorating the Genocide. "Canada stands with Rwanda to commemorate the victims of Genocide”, read one. Hradecky also retweeted a Government of Rwanda statement: “Today marks the beginning of the 23rd Commemoration of the 1994 Genocide against the Tutsi.”

Promoting simplistic commentary on the subject effectively strengthens a regime that derives much of its legitimacy from purportedly stopping the genocide.

From commemorating Liberation Day to applauding questionable elections, Canada’s High Commissioner has provided various forms of ideological support to Africa’s most ruthless dictator. That should embarrass everyone who wants this country to be a force for good in the world.