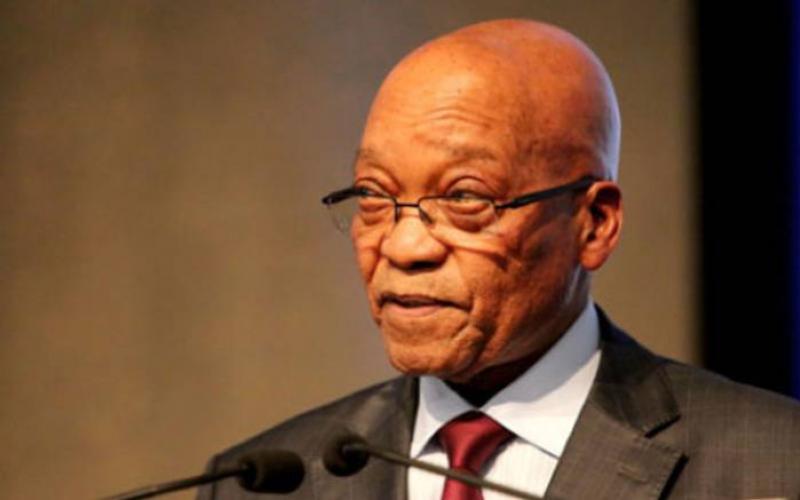 The government’s nuclear policy was approved by a full sitting of the cabinet back in 2015. There are a number of reasons behind this commitment to nuclear power and the haste with which the government appears to be acting at the moment.

Recent developments in South African politics, such as the unexpected second cabinet reshuffle this year in which former state security minister David Mhlobo was moved to the energy portfolio and his ever more strident pro-nuclear announcements, amongst others, have fuelled speculation that momentum for the government’s nuclear energy plans is building once again. Coming after suffering what was widely perceived to be a series of setbacks this year, such as April’s high court ruling that the agreements the government struck with a number of nuclear vendor countries (including Russia) was illegal, and finance minister Gigaba’s pronouncement that nuclear power was unaffordable right now, the speed with which these developments have occurred and the noticeable swagger about nuclear supporters of late has caught many observers off-guard and has alarmed others besides. As a result, questions have been raised as to why the government has suddenly acted with such urgency with respect to the nuclear deal.

According to the most popular view, this urgency is born of uncertainty about the ruling party’s nuclear stance after nuclear champion President Zuma steps down as leader of the African National Congress (ANC) at its upcoming electoral conference to be held later this month. For good measure, an added impetus is that President Zuma is reportedly anxious to push the nuclear deal through before the end of his term of office as president in 2019. President Putin of Russia is rumoured to be growing impatient with the tardiness with which Zuma has been carrying out his side of an alleged secret agreement to award the nuclear contract to Russian energy giant Rosatom. The explanations proffered tend to attribute this flurry of activity to the personal motives of certain key individuals involved in the deal and are based on the presumption that changes in personnel could spell a change in the ruling party’s (and by extension the South African government’s) nuclear policy.

There is, however, little to suggest that this might be the case, no matter how popular they are or how plausible they appear given the topicality of the notion of ‘state capture’. By way of support for this assertion, it is pointed out that the government’s nuclear policy was approved by a full sitting of cabinet back in 2015 whilst the government has remained steadfast in its nuclear policy choices despite numerous staffing changes at Treasury, the Department of Energy and electricity parastatal Eskom or the identity of the incumbent in the Union Buildings for that matter. This suggests that more systemic reasons may lie behind the government’s commitment to nuclear power and the haste with which it appears to be acting at the moment.

To get an indication, in an earlier piece, we argued that South Africa’s commitment to nuclear power could be explained in terms of its foreign policy objectives (Boyce, 2016; pending). More specifically, it was contended that the government’s nuclear plans constitute a key part of South Africa’s bid to court Russian and Chinese support for a greater role in world affairs in general and African affairs in particular. Entering into a long term contract with key allies for sensitive technology is not merely an administrative decision but represents a shared vision and a commitment to a long-term strategic relationship. From a South African policymakers’ point of view, solidifying this relationship would bestow long-term diplomatic pay-offs especially should, as many in the upper echelons of power in South Africa already believe, the geopolitical axes of world power be inexorably tilting in favour of the emerging BRICS alliance of countries. The nuclear deal would provide the ideal opportunity to increase collaboration and cooperation with key allies Russia and China. Both these countries are likely to be keenly interested in South Africa’s nuclear plans for their own reasons: The Russians to showcase their nuclear technology and increase their earnings from the sale and transfer of Russian nuclear technology; and the Chinese in the provision of financing for this deal for, though the Russians may well be the preferred provider of nuclear technology, the only way they and South Africa, already downgraded to junk status, would be able to finance it is through securing outside financing.

Although the proposition that the South African government might want to use its nuclear plans for the purpose of advancing its global position can be used to explain why the government remains keen on nuclear power, and possibly why Russia is the preferred nuclear technology supplier, this cannot be used to explain the sudden urgency with respect to nuclear power it has shown. To make sense of this haste, one may have to look closer to home. Specifically, one may have to look to two developments on the national and continental political scene. On the African front, Nigeria and Russian company Rosatom recently struck a deal for Rosatom to build two nuclear reactors. South African policymakers may well interpret this deal as a diplomatic overture towards the Russians by the Nigerian government in their bid to usurp South Africa’s (perceived) preeminent position as Africa’s representative on the global stage and enlist Russian support for their own legitimate aspirations, as Africa’s biggest economy and most populous country, thereto. Local policymakers may thus conclude that it is crucial for South Africa to speedily advance its own dealings with the Russians to avoid being diplomatically out-manoeuvred by the Nigerians.

Domestically, Koeberg nuclear power station is rapidly approaching that time by which hard questions will start being asked about its decommissioning. All indications are that Eskom has not made sufficient provision for this eventuality nor, judging from the latest news reports and revelations at the ongoing parliamentary inquiry into state-owned enterprises, will the cash-strapped entity be able to undertake this task without requesting another government bailout. Awarding additional funds to Eskom to undertake an exercise it was supposed to have set funds aside for is likely to be politically costly given the reputational damage this parastatal has suffered of late. This has not been helped by its current application to the National Energy Regulator of South Africa (NERSA) for another significant electricity tariff increase. Fears of the fallout associated with bailing out Eskom yet again may lead pro-nuclear policymakers to conclude that it would be prudent to force the nuclear agenda through now, before questions about the costs of decommissioning come to the fore, lest they jeopardise the government’s nuclear plans.

Taken together, these factors rather than looming personnel changes in the public service, may better serve to explain what is driving the flurry of activity around nuclear of late. They may also explain the new-found confidence of nuclear supporters, who realise that the government must act now if it wishes to realise its larger vision for South Africa on the global stage. It is therefore asserted that nuclear power will remain firmly on the government’s Christmas wish-list regardless of the change of guard that will result from decisions taken at the ruling party’s upcoming electoral conference.

* DR GERARD BOYCE is an economist and Senior Lecturer in the School of Built Environment and Development Studies at the University of KwaZulu-Natal. He writes in his personal capacity.