Home » Democracy & Governance » Why there will not be another Biafra

Why there will not be another Biafra 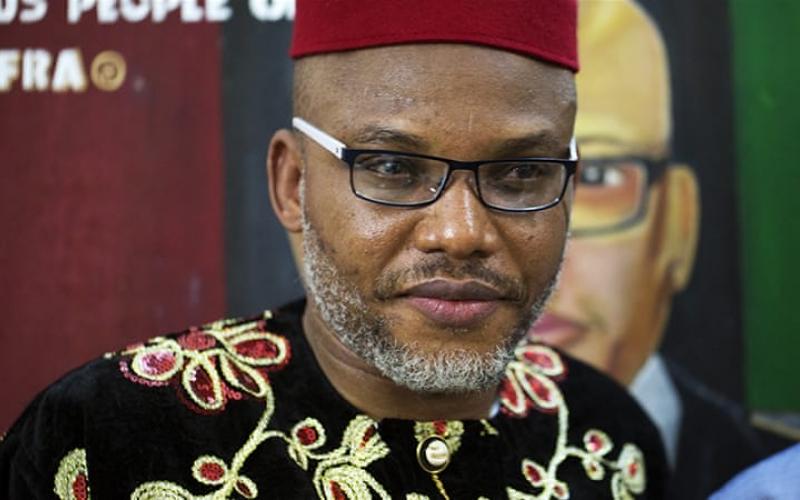 This piece seeks to help most of Igbo friends and well-wishers and some Igbo who are involved in the campaign of Biafra without a clear understanding of the picture of what we are fighting for. It will help many to have a better grip of what is at stake.

In this New Year 2019 we should take some time to restate some of the basic points on the current movement for Igbo independence from Nigeria. Why this is necessary is to disabuse the mind of many Igbo participants, Igbo friends and well-wishers of some apparent confusing signals in the prevailing struggle for Igbo self-determination. This concise paper should serve as a guiding document when anyone is in doubt. For the avoidance of doubts and to constantly renew our vow to be free as a people, it is necessary to clarify from time to time some basic aspects of what the contest is all about.

Clearly, with the passage of enough time, everything in life is subject to change. The on-going campaign for Igbo freedom is not in any way different. The time lapse between 1967 and 2019 is about 52 years. That is a period that spans more than half of a century. That is enough time in actual fact to have produced new and veritable changes and circumstances in a movement that began in 1966. As a people we recognise the need to continually strive to be dynamic and make room to be able to adopt quickly changes that reflect the up-to-date facts of situations and prevailing circumstances as they affect us in real time. As we pursue this Igbo collective goal and aspiration to live free and actualise ourselves it is important to make provisions to accommodate new developments and changes as they occur.

As the Igbo renew their vow to be free and separate their ancestral land from Nigeria, there should be no mistaking about the following facts:

1.    The Igbo people in the southeastern part of the present Nigerian state are an ethnic population of 50 million.

2.    The bulk of this Igbo population is native to and dwell within a definite geographical territory to which they are indigenous and it has always been in their possession from time immemorial.

3. The present generation of Igbo, as well as inheriting this definitive Igbo land from their ancestors also inherited the natural right as an ethnic indigenous people to be free, sovereign and live independently of their neighbours within their own native land.

4.    Starting from 29 May 1966 the Igbo have always wanted a separate independent country apart from Nigeria.

5. As a result, the Igbo as a people have continually campaigned actively to free themselves and their indigenous native land from Nigeria.

6.    As a result of the 1966 Pogrom in which along with some of their neighbours 100,000 of their people were murdered by government forces and private citizens of Nigeria, the Igbo on 29 May 1966 permanently and irreversibly renounced their Nigerian citizenship.

7. The Igbo along with some of their neighbours who were also victims of the Pogrom went to war with Nigeria from 1967 to 1970 to prove the veracity and immutability of their decision and avowal to secede from Nigeria.

8.    The Igbo want to create an indigenous authentic modern Igbo society, a sovereign Igbo state that is based on original Igbo indigenous cultural concept and way of life.

10. It is an incontestable fact that the “former Eastern Region,” a structure on which the 1967 Biafra was based was a colonial concept and creation by the same British that created the unworkable Nigerian state.

11. It is also evidentially incontrovertible to conclude that any new state structure that is based on the same non-native British concept like Nigeria will fail too.

12. The Igbo cannot afford to embark on re-enacting a new failed state venture by creating a (so-called multicultural) state within which they must constantly live in permanent compromises, sacrificing merit and excellence to “all-inclusive federal government,” “national characters and rotational presidency” or rotational leadership positions to appease everyone at the detriment of achievement and progress.

13. The Igbo will not be imposing their wishes and destiny on others whether willingly or otherwise, the same thing that the colonial Britain did.

14. The Igbo recognise the fact that all our neighbours within the region are capable in their own rights to determine their selves and destiny and that they all have what it takes to self-actualise their own selves and fate.

15. The Igbo will not impose their will and decision on their neighbours or attempt to create another Nigeria only by a different name.

16. Any such attempt on Igbo side will only amount to a re-colonisation of their neighbours. The Igbo have always found sufficiency within themselves without having to authenticate or validate themselves from outside.

17. The Igbo are satisfied to maintain the position of the quintessential good neighbour for which they have always been known. This is guaranteed in this deeply rooted Igbo way verbalised in the saying; egbe bere ugo ebere oragbata obi onye bu nwanne ya.

18. Based on the Igbo way of life and how they choose their leaders, it needs to be stated clearly that Nnamdi Kanu or any other such activist in this Igbo self-actualisation movement do not exhibit the Igbo leadership traits and are not the leaders of the Igbo independent movement.

19. It is a known fact that due to the historical colonial circumstances that the Igbo were lumped together with their neighbours in what they called the “Eastern Region,” under one centrally administered government. Therefore, when the 1966 Pogrom happened and it affected both the Igbo and some of their neighbours it was natural that they should stand together to fight in 1967 to become independent from Nigeria under the former “Eastern Region” government.

20. The fact is also uncontested that based on the same unfortunate colonial creations that almost 40 percent of Igbo land and population across the River Niger on the western bank were inexplicably excluded from the Biafra of 1967.

21. Today in 2019 it goes without saying that there cannot be a whole and complete Igbo nation state without the Igbo land and people on the west side of the Niger being a part and parcel of the Igbo country.

22. In the current movement for Igbo independence and self-determination, which began from 1970, soon after the end of the Biafra-Nigeria War, the Igbo have embarked on this new quest only by themselves and not in alliance with any other ethnic group in Nigeria.

23. Therefore it is necessary to make it abundantly clear that the Republic of Biafra which existed between 30 May 1967 and 15 January 1970 is not synonymous with the new Igbo country that is still being fought for from 1970 till the present date of 2019.

25. In the new Igbo country still under formation, it is exclusively an Igbo project excluding all non-Igbo but including all Igbo everywhere and all peoples from everywhere who may wish to emigrate to become citizens of the Igbo state.

The aforementioned and more constitute the basic fundamental differences between the old Biafra and the new. With all things considered it cannot be over emphasised to say that there will not be another Biafra like the 1967 one.

*Osita Ebiem is a social affairs commentator and rights advocate.