Zimbabwe elections and the aftermath 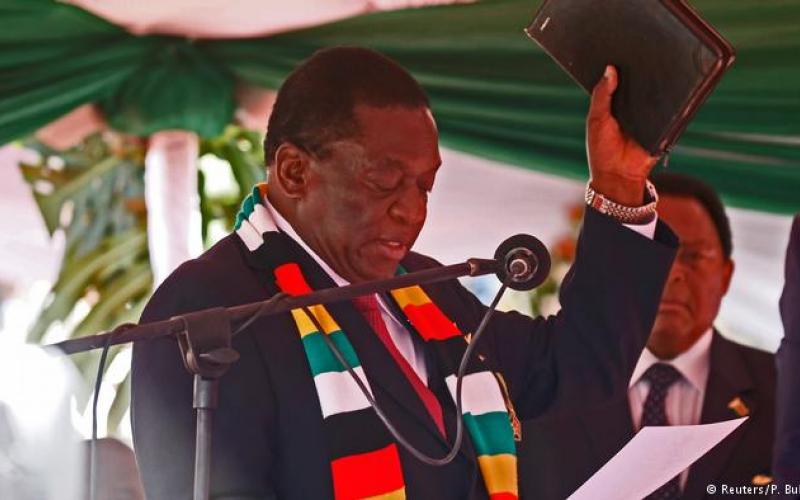 The author argues that the 2018 general elections in Zimbabwe were largely non beneficial to the poor and the working class in general. They were rather a titanic battle of capitalists’ interests in form of neo-imperialism.

On 30 July 2018, Zimbabweans went for the much-awaited harmonised elections after the removal of Robert Mugabe from power by the 18 November 2017 revolution. For the first time in the history of the country, there were 23 candidates for the presidential race and for the first time many people registered to vote especially the youths who constituted 60 percent of the registered voters.

The major contenders were Zimbabwe African National Union-Patriotic Front (ZANU-PF)’s Emmerson Mnangagwa (75) and Movement for Democratic Change (MDC) Alliance’s Nelson Chamisa (40). Emmerson Mnangagwa of ZANU-PF was declared the presidential winner by the Zimbabwe Electoral Commission with 50.8 percent of the vote and Nelson Chamisa 44.3 percent. Other smaller parties combined made up the remaining 4.9 percent.

This election saw Mnangagwa winning mostly in rural areas where more than 67 percent of the population stays according to 2012 census statistics. The reasons for his support is attributed mostly to the ZANU-PF redistributive policies to rural based farming and peasant communities in the countryside. They get free farming inputs for their subsistence farming from the government. Most of them are the major beneficiaries of the land revolution, which decongested them from arid, dry and disease infested reserve regions where they were forced to settle by the settler colonialists. Most of them suffered the brunt of the liberation struggle against colonial bondage and they gave sanctuary to the freedom fighters during the protracted struggle for Zimbabwe. Most of them have sentimental and emotional attachment to the former liberation movement.

Nelson Chamisa got most of his votes from cities and towns where most of the youths are jobless because of the mismanagement of the economy by the ousted Robert Mugabe regime and principally due to the impact of the economic sanctions by Western imperialism. There are almost no workers to talk about in Zimbabwe because of the massive closure of the industries. The effects of the draconian embargo are mostly felt in the cities and towns via capital flight, companies closure, high cost of living, poor and stagnant salaries, cash shortages in banks, poor service delivery, unemployment, lack of health care facilities and drugs and high cost of education.

For the parliamentary seats, ZANU-PF pocketed two-thirds majority of the 210 contested seats, meaning ZANU-PF won 144 seats and MDC Alliance 61. Mnangagwa’s narrow victory has been vehemently rejected by Nelson Chamisa and his party the MDC Alliance who filed a petition with the Zimbabwe Constitutional Court to nullify the results or to declare him the winner. Chamisa had earlier been quoted as saying that if “the verdict is not in his favour he is going to take to the streets”. On 24 August 2018, the Court gave their verdict and upheld Mnangagwa’s victory.

Just before the results were announced, the MDC Alliance leader Nelson Chamisa had declared himself the winner and his supporters took to the streets to violently demonstrate smashing windows of ZANU-PF offices and setting fire on property and vehicles. In the process, six people were shot dead, as riot police were trying to contain the situation. These riots were triggered by the MDC Alliance leadership in order to cast aspersions on ZANU-PF, taint the whole electoral process and provide a rationale and grounds for the continued embargo by the Western governments against Zimbabwe. MDC Alliance got protests votes and the hungrier and poorer of our people; the more votes they get hence the demands for sanctions to stay. MDC Alliance leadership that has been globetrotting lobbying for sanctions just before the elections and even after they were held, have started concocting propaganda about the alleged violence and imaginary human rights abuses by the ruling elite.

United States President, Donald Trump signed into law the Zimbabwe Democracy and Economic Recovery Amendment Act (ZIDERA) of 2018, which is an amendment of the Zimbabwe Democracy and Economic recovery Act of 2001.This was done soon after the announcement of ZANU-PF victory. The United States of America wants to force and facilitate a government of national unity that is why they are renewing the sanctions game plan. The United States of America, via their Central Intelligence Agency, wants to effect a regime change in Zimbabwe.

Many people are misguided to think that if Zimbabwe complied with the so-called democratic and economic reforms, ZIDERA would be lifted. At the core of the law is a more controversial issue – land reform. In a recent meeting between President Emmerson Mnangagwa and the new United States Ambassador Brian Nichols, the latter mentioned, “land tenure” as one of the areas on which the Americans want change. Land has been the fundamental issue, which necessitated the enactment of this punitive law.

A central demand of the updated ZIDERA is that Zimbabwe must enforce the rulings of the Southern African Development Community (SADC) tribunal on land reform. The SADC tribunal made several important rulings in favour of the white farmers, which the US senators behind the new amended ZIDERA now want enforced, as a precondition for re-engagement with the US.

As socialists, we are against agricultural counter-reforms serving the interest of the white settlers. The land belongs to the black poor peasants not to capitalists. We do not support compensation of white farmers, as a pre-condition to lift economic sanctions.

The Labour Member of Parliament from United Kingdom, Kate Hoey, an extremist from Britain who campaigned for the Zimbabwean sanctions before, is now calling for further isolation of Zimbabwe. It is time that the imposition of economic sanctions should be seen as a war crime against humanity since it involves the collective punishment of millions of innocent civilians who die and are reduced to living off scraps from the garbage dumps. They kill more people than bombs because they go on for years and their effect is cumulative.

As socialists, we demand the unconditional removal of the economic sanctions and we lobby the international working class and other progressives to escalate and amplify its global campaign to save Zimbabwe from the bully and tyranny of the United States of America.

We feel it is the duty of the international proletariat to assist the oppressed countries in their war against the imperialists. According to the Leon Trotsky Transitional Programme, the central issues of the colonial and semi colonial countries are agrarian revolution i.e. the elimination of the feudal legacy and national independence, i.e. the overthrow of the imperialist yoke. Both tasks are closely interconnected.

The elections were declared free and fair by non-governmental organisation, governments and multilateral bourgeoisie institutions that were invited to come and observe the elections including the African Union, SADC, the Common Market of Eastern and Southern Africa, the United Nations, the European Union, the Commonwealth of Nations, China and the United States of America.

Mnangagwa has promised to renew the country by implementing neoliberal reforms and austerity programmes and other reforms aimed at the lifting of the punitive economic sanctions slapped on the country 20 years ago.

It is yet to be seen if the “Zimbabwe is open to business” mantra by President Mnangagwa is to benefit the poor and the working class because it looks like the major global powers are warming up to Mnangagwa’s administration. But to us socialists, opening up the country to global powers and the free world means opening up to rapacious exploitation of the natural resources for the benefit of white monopoly capital.

The 2018 elections in Zimbabwe were largely non beneficial to the poor and the working class in general. The ideas purported by the two protagonists in their election manifestos largely betray socialist ideas; it was a titanic battle of capitalists’ interests in form of neo-imperialism. Indigenous economic growth is better than foreign aid. We should be wary of being enticed by the West into believing that they are genuinely willing to assist us, they have permanent interests not permanent friends. ZANU-PF is orientated towards Chinese imperialism and the MDC Alliance leans towards United States and European Union imperialism.

We must fight for the poor, peasants and the working class taking over and controlling the means of production. As we mark the 78th anniversary of Leon Trotsky’s assassination, the fight for Trotsky’s ideas remain as relevant as ever as we commemorate the life and ideas of this inspiring revolutionary, theoretician and leader.

More than ever it is necessary to have a strong independent international centre to help the vanguard of the working class worldwide to orientate independently.