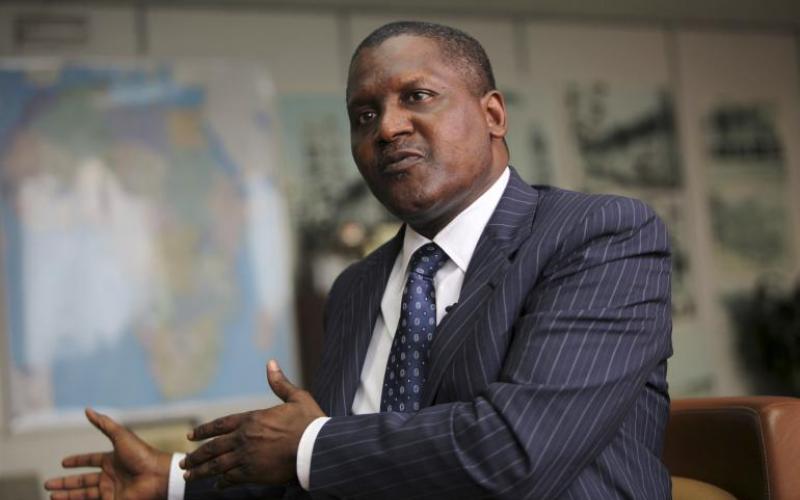 Development capacitation through local resource exploitation, mass industrial production and domestic prosperity-generation is what Africa requires to become the self-actuated mover of its own development  that does not depend on the vagaries of external demand for primary commodities. But sometimes even such initiatives are resisted by anti-African development leaderships.

The parlous story of African economic and social development since independence best expressed in the failure to achieve the autonomous capacity for self-actuated development and in particular to create conditions of national and continental modern mass production and prosperity is well known and need not be repeated. It is enough to re-state that Africa’s development failure was because of the leaderships’ choice to retain, maintain and expand the inherited exocentric colonial system of development incapacitation, primary commodity export, import dependency and poverty generation.

The progressive efforts of some African states and leaders to change the system and create self-reliant economies were stymied by the leaderships’ ideological inadequacies and dependency, the balance of payment crises of the late 1970s and 1980s and the subsequent economic crises and decline. This provided the avenue for Western multilateral imperialist agencies the World Bank and the IMF to successfully infiltrate Africa, re-colonize African states and convert them into neo-colonial out-posts of the so-called neo-liberal consensus. This framework embodied in the Structural Adjustment Programmes (SAP) with its destructives conditionalities: currency devaluation, trade liberalization, subsidy removal, deregulation and privatization, re-directed the African states to focus on expanded raw materials production and exports and to abandon industrialization and development capacitation.

The application of these anti-development SAP dogmas in the 1980s and 1990s ushered in two decades of deepening indebtedness, serious economic crises, de-industrialization, socio-economic decline, deepening impoverishment and political repression. On the other hand, the period also saw the upsurge of popular democratisation struggles, civil rights campaigns, the restoration of democracy, and the establishment of electoral democracy and the decline of military interventions in African politics. In the economic sphere, there were innovative dependency-reducing responses. This was because among businesses there was an increased re-orientation toward local sourcing of well-known agricultural and mineral endowments to expand production. This led to the emergence of new economic sectors and especially the expansion of cottage, small and medium scale consumer goods industries which were operationally autonomous due to the increased utilization of local resources for production and self-development.

In addition there was relative political stability and policy and institutional support for businesses through the creation of enabling environments for attracting investments.

It was partly because of these new domestic conditions and the economic self-activation, and the partly because of return of better commodity prices in the first decade of the 21st century, that the Western media fabricated and propagated the new view of “Africa Rising”. This became a very popular and re-assuring slogan among some African leaders, politicians and intelligentsia.

However, it was an insecure condition because a “Rising Africa” whose upsurge is generated by increased external demand for primary commodities is essentially insecure. It does not represent genuine African development that is based on expansive domestic production and prosperity generation. It merely reinforces African dependency on primary commodity export and its dependence on the importation of manufactured goods. It is evaporating with the speed with which it was proclaimed.

But there was a more consequential development story of this period that ushered in what this author describes as the Affirmative African Narrative phase of development. This is the progressive assumption by African businesses of the leadership role in promoting national and pan-African development. This new trend of African self-development is captured by the new concept of “Africans Investing in Africa”. This is the process by which African industrial, service, and commercial enterprises began to make large-scale investments in many different African countries. The investments involve for example the expansion of banks, telecommunication companies, trading companies and so on. Examples of these include Nigerian bank like UBA, Zenith, Access, First Bank; South African banks like Standard Bank and Moroccan banks; telecommunication companies such as MTN of South Africa, ECONET of Zimbabwe and GLOBACOM of Nigeria. Others are Shoprite, Coca cola and South African Breweries.

While Africans investing in Africa is becoming common and commendable, it is important to emphasize that NOT ALL African investments in Africa are of equal economic importance or strategic development value. For example, African investments like Shoprite and similar companies which merely establish commercial or trading enterprises that do not add value to African economies are no different from traditional non-African FDI companies that are established to create captive markets for products from their home countries and thereby maximally exploit Africa.

On the other hand, African companies that make investments that are decisive and transformational are those that deliberately promote and advance African development capacitation, through local resource exploitation, mass industrialization, large scale industrial, agricultural and mineral production, and beneficiation for internal use.

In terms of investment for development capacitation through local resource utilization and valorization, the vanguard African company is the Dangote Group. In order to ensure that Africa achieves self-sufficiency in the critically important infrastructure development requirement – cement – Dangote embarked on a pan-African investment strategy to establish integrated plants, or grinding plants or cement terminals in African countries according to their resource endowments. The Group’s ultimate objective is to become the ascendant cement manufacturing company in Africa. There is no question that the Dangotean strategy of development capacitation through local resource exploitation, mass industrial production and domestic prosperity-generation is what Africa requires to become the self-actuated mover of its own development and to create a secure development upsurge and continental prosperity that does not depend on the vagaries of external demand for primary commodities.

This Dangotean transformational mission and project is now being threatened by what seems like the unwillingness of African countries to respect and maintain carefully crafted legal investment agreements as sacrosanct documents and binding commitments. Within the past year the Group has faced major challenges as a result of the failure of some African states to keep their sides of the bargain or agreements concluded with Dangote Group. This happened late last year in Tanzania when the government seemed to renege on some elements within the agreements reached with the Dangote Group to give it concessions and incentives for the massive investments of over $500 million that the Group made in the construction of the monumental cement plant in Mtwara, Tanzania. This Dangote Cement Plant with its 3 million metric tonnes per annum capacity is the largest cement plant in Eastern Africa. In addition to the cement plant, other associated Dangote development projects include the construction of a coal power plant and a jetty. While these are primarily beneficial to the Group’s business, they also represent important investments and permanent additions to Tanzania’s power and sea transport sectors.

Together these projects have generated significant direct employment opportunities and as they mature and attain full production capacity the multiplier effects in various sub-sectors would be expansive and extensive, thereby creating prosperity and income in the community as well as revenues for the local, regional and national the governments. But due to the problems, Dangote had to temporarily shut down the plant; and after negotiations and assurances that restored the original terms, the plant resumed production. This Dangotean Tanzanian experience of government infidelity to the sanctity of agreements can only create profound doubts among business people on the readiness of African states and leaders to move Africa forward.

But the Group’s challenges in Africa are not over. Just recently, in Ethiopia, the regional government of Oromo Regional State where Dangote’s new over $400 million, 2.5 million metric tonnes per annum cement plant is located came up with new conditions that are bound to disrupt the operations of the Dangote plant. In what it claimed is an attempt to provide employment for jobless Oromo youth it decided to withdraw all mining licences and agreements already concluded with Dangote and similar other companies with mining concessions. In its place the regional government claimed that it would create youth owned companies that would now supply the minerals required by the cement and other plants.

This action of the Oromo regional government in illegally annulling legally approved mining agreements with the Dangote Group and other companies raise major questions on the genuine preparedness of African states, politicians, and bureaucrats to foster Africa’s self-development through Africans investing in Africa. Without question the action of these governments represents major challenges to Africans’ assumption of responsibility for their development and the emergent Affirmative Africa Narrative. In fact at its core, these anti-investment actions are a repudiation of the long-standing aspirations of Pan-Africanism and its advocates, and the practical commitment of the continental organizations like the former Organization of African Union (OAU) and the current African Union (AU) to promote African-led development through investments, intra-African trade and exchange, as instruments for creating secure African development and domestic prosperity-generation.

This is a good example of how some African leaderships’ represent serious obstacles to African development. Quite clearly any aspiration for Africa’s take off through self-actuated development as represented by the transformational efforts of Dangote and similar committed pan-African economic revolutionaries is weakened by such leadership unfaithfulness, irresponsibility and lack of serious commitments to African investors.

Despite these set-backs, it is important for African states and the continental and regional economic groups to reaffirm their commitment to African-led transformational industrial development as the basis for Africa’s capacitation for self-actuated development. In this light, it is imperative for the AU and its various economic agencies to design Continental Investment Protection Agreements that would commit African states to respect and uphold already approved agreements and avoid arbitrary nullifications of legally binding instruments. An additional guarantor is for each African state to negotiate investment protection treaties with each other. In fact this is especially indicated for countries such as Nigeria where investors are increasingly embarking on Pan-African development investments.

Finally, pan-African transformational investors like Dangote should remain committed and not be discouraged by these clearly disruptive actions of hapless, backward and anti-African development leaders. The Dangotes’ of Africa as continental transformational vanguards should remain firmly committed to their chosen paths of legal profit making and simultaneous contribution to Africa’s transformation, economic development, prosperity-generation, psychological liberation, and the restoration of Africans dignity and equality with others in the world. These are worthwhile and enduring ideals and challenges that transformational revolutionaries and societal game-changers are bound to encounter and overcome so as to create new worlds.

* Ehiedu Iweriebor is a professor and former Chair of the Department of Africana and Puerto Rican/Latino Studies, Hunter College, City University of New York, USA.