Home » Economics » Brexit and the future of EPA

Brexit and the future of EPA 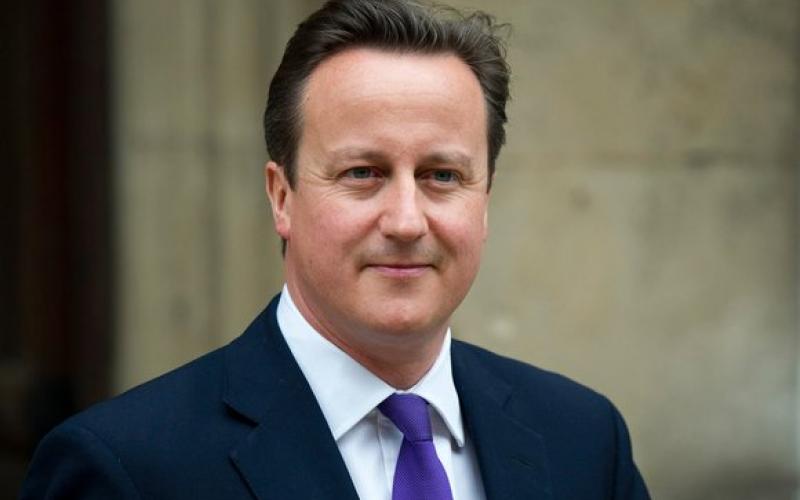 There is a distinct possibility of a much smaller “Little England” looking at itself in the mirror and asking how it might salvage its relations with Africa in order to continue to get Africa’s resources and markets. This time, Africa should not let England divide and rule it; it must take the opportunity to unite and negotiate as one continent.

When things fall apart, they don’t do so by accident. There are underlying deeper historical and civilizational forces. No civilization has existed for ever. European civilization is ebbing in front of our eyes – for those who have eyes to see.  Though there are many challenges ahead, we are living through exciting times. Africans of younger generation are destined to play a major role in the shaping of a new civilization.

It is therefore important to place ourselves in a wider global and historical context in order to analyse the impact of Brexit for Africa’s relations with Europe and the rest of the world.

Brexit is simply a wave on the horizon of civilizational ocean

Brexit is a blip. Of course, in the immediate to foreseeable future, this wave could be cataclysmic.  Or perhaps a blessing?

One event one might predict is the breakup of the European integration project. It was long time coming. Why? Because this project was based on three unsustainable principles:

1. What is “Europe” today is founded on 500 years of exploitation of Africa, Latin America and Asia: Starting with slavery, then colonialism, and now economic and political relations based on asymmetry of power and plundering of  natural and labour resources of the South.  Some might say: that is history; it is past, gone. This is how the outgoing British Prime Minster Cameron responded to the former Jamaican Prime Minister P.J. Patterson’s suggestion that Britain owes an official apology to the Caribbean people for slavery.  Slavery, Cameron said, was a long time ago; "as friends we can move on together to build for the future." [1] No, Mr. Cameron, you are wrong; you are also wrong about the feelings of your own people, as the outcome of the referendum shows.

2. Europe is based on the power of a plutocratic oligarchy. It is called “the Establishment”. Brexit is an anti-establishment revolt of the British people. Just like what is happening in the US presidential elections – both Trump and Sanders are anti-establishment. Throughout history the British Establishment has resolved recurrent crises under capitalism by throwing the burden on the working classes. Since the 1880s the industrial working classes have organised themselves to struggle for their rights. However, the capitalist class has been able to secure its hegemony through using the ideology of free market and the manipulation of the state. An example of the latter is the way the Chancellor of the Exchequer George Osborne, on the eve of the referendum, threatened an austerity budget in the event of Brexit – vote to remain in Europe, or else the skies will fall on you.  Does it sound callous and insensitive?  It might, but this is the method used by the British Establishment (which includes the Blairite wing of the Labour Party).  However, the people were not fooled: the City of London voted to remain in Europe; but the rural areas voted for Brexit.

3.  A third unsustainable principle of the British Empire is that it can sustain itself only through war and mass killings – just like the American system. William C. Lewis in his 'U.S. Imperialism and America's War Machine: A Destructive Apparatus' [2] has shown how Corporate Imperial Militarism controls U.S. society and wages destructive occupations abroad to serve the capitalist interests of the war-making and arms manufacturing class whose bombs eradicate human beings for profit. The British economy is based on two major “products”. One is paper money. The “City” conjures up wealth from literally nothing – from thin air – based on fictitious and speculative capital.[3] The second is the arms industry – the more weapons Britain sells to, for example, to Saudi Arabia to kill people in Yemen, and to African rulers to kill people in, for example, Somalia, the more Britain’s so-called “GDP” grows – a ghastly testimony to British civilization.

Yes, Brexit is simply a wave on the horizon of civilizational ocean, but it is a portentous wave following bigger waves of 500 years of slavery and predation – perhaps a precursor to many more waves before the end of this civilization.[4]

Brexit and the future of EPA

The bigger historical and global time-space perspective must always be kept in mind, but the moment is also significant. The cosmic contradiction is also embodied in the moment. What happens to Ireland, to Scotland, to the European Union, to the immigrants in the UK – all these are “moments” that embody the larger time-space contradictions. They are very important for the lives of ordinary people, and much more.

Let me fast forward to one of these “moments” - the Economic Partnership Agreement (EPA) that the Eurocrats in Brussels are threatening to impose on Africa.

I will start with the famous quote of Frantz Fanon: “Europe is literally the creation of the Third World”.[5] To understand Europe it is necessary to understand Africa– and vice versa, to understand Africa it is necessary to understand Europe. Imperial Europe destroyed colonial Africa, and reshaped it to its own image. The old cultures of Africa were replaced by new commoditised relations with Europe. Post-independence, Europe simply altered the form of its relations with Africa, but not the content of colonial rule - a relationship based on power asymmetry and newly created structures like the EPA.

Post-Brexit both Africa and Europe have to reconfigure their relationship. We can count on the European Commission to pretend that nothing has changed, and that we must now begin to extend the EPA beyond 2020. Africa must question that. Of all the countries in Europe, the UK has the biggest footprint on Africa, overshadowing that of France and Germany. With the UK out of Europe, two separate but parallel sets of negotiations must begin: one between Africa and the EU and the other between Africa and the United Kingdom.

Let us look at the latter first.

The UK clearly is not ready to open up a separate dialogue with Africa. It will take months and months of commotion in the UK before the dust settles down and Africa is put on its agenda. Only Britain can initiate the process of exiting Europe under Article 50 of the treaty. It is a mindboggling process involving technicians and politicians in all the present member countries of the EU.

Post-Brexit developments seem to suggest that the United Kingdom will break up. Already Scotland is preparing to secede from the UK. My guess is that it will indeed separate from the UK and make a deal with the EU. Brexit is also a good moment for Ireland to unite and form one nation. The country has been divided for far too long between the Catholics and the Protestants. Sinn Fein is contemplating a border poll on united Ireland.

There is a distinct possibility of a much smaller “Little England” looking at itself in the mirror and asking how it might salvage its relations with Africa in order to continue to get Africa’s resources and markets. This time, Africa should not let England divide and rule it; it must take the opportunity to unite and negotiate as one continent. Africa, united, holds all the cards. The geopolitics have changed dramatically: Africa is already getting a far bigger and better deal with China on trade and investments than the UKI or the EU, though in my view not as good as it could be.

What, then, of the relations between Africa and the continental Europe?  Let us begin with the rumour that the EPA with East Africa is to be signed at the UNCTAD conference in Nairobi, 17-22 July. The rumour apparently originates from the 23-27 May meeting between the European Commission and the Sectoral Council of EAC ministers. But this does not matter anymore. With the UK out of Europe, with whom exactly is Africa going to negotiate? Europe appears to be moving on three parallel tracks: the core countries of Germany and France; the original six members of the EU; and the 26 present members. With which “Europe” should Africa negotiate?

Nigeria now need not sign the EPA by the deadline of 1 October 2016. It can RENEGOTIATE, and so can the rest of the members of ECOWAS.  ECOWAS nations must upfront regional integration before signing another EPA with Europe. Indeed, the Cotonou Agreement recognised the primacy of regional integration over EPA with Europe.  The European Commission subtly changed REPA into EPA. Over time – like a distorting mirror – the REPA became EPA, then EPA became IEPA, then FEPA, then CEPA, and so on (‘R’ is Regional, ‘I’ is Interim; ‘F’ is Framework; and ‘C’ is Comprehensive). The core ‘EPA’ remained, and although nobody talked about it, the ‘EPA’ has in fact become ‘NEPA’ (National EPA), for the EC had effectively been signing separate national EPAs with individual African countries. [6] Africa has now a golden opportunity to return to REPA.  NEPAs and EPAs must be replaced by the original mandate of the Cotonou Agreement – REPAs.

Above all there are complex technical, legal and constitutional issues that need to be addressed. United Nations human rights expert Alfred de Zayas has warned that any plan by the European Union to bypass national parliaments to push through controversial trade deals would violate international human rights norms.[7]

African governments and the African Union should also note this when it comes to ratifying any agreement with the United Kingdom or the European Union.

As the above analysis shows, we are now entangled in an unpredictable time-space trajectory.  Things are not about to move any time soon. In any case, Africa must never again allow itself to be fragmented by the divide and rule strategy of the Empire.

* Yash Tandon, a Ugandan academic, is the author of Trade is War.

[3] No wonder George Soros (arguably the biggest money speculator in our times) is upset about Brexit.

[4] See also, Kalundi Serumaga’s response to Yanis Varoufakis “You talk about the Collapse of Western Civilisation as if it would be a Bad Thing”.