Home » Economics » The market is alright; but not the market economy

The market is alright; but not the market economy 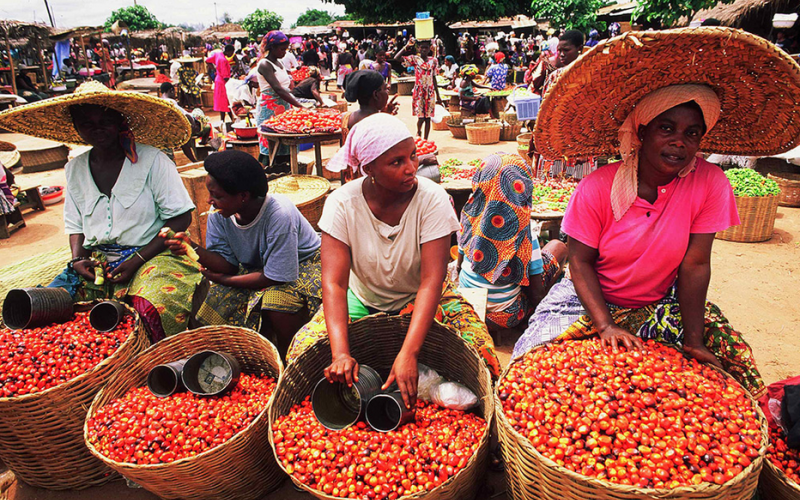 Once we rid ourselves of the false notion that the market economy, as a system, could be objective or benevolent, and we distinguish it from the market as one economic institution instead of a system, we can aptly move towards rejecting the market economy while embracing healthy regulated markets.

What applies to the market economy, as an economic system, does not necessarily apply to the market itself as an economic phenomenon (a single institution). On the one hand, the market is an arena for trading commodities, where various groups and individuals express their preferences among comparative, complimentary and exchangeable goods that have relative utilities. The dynamics of the market mechanism include competition, promotion, and balances of the utility-quality-price triangle, but only with respect to commodities, not with respect to the whole economic cycle and industries in society. Markets have been known throughout history to do well, under conducive conditions, in circulating goods widely, improving standards of quality, responding to consumer feedback, and promoting innovation in fair competition.

On the other hand, the market economy is quite larger than the market alone, and hence it means something largely different.

The market economy is an economy that puts the market - defined above - in front of the steering wheel of the entire economic life of society: production, relations of production, redistribution, and development provision services. The main idea is based on the postulate that market mechanisms can be self-regulating - i.e. self-monitoring, self-correcting and self-sustaining - and therefore should not be regulated by social or political authorities. Moreover, as they become self-regulating they eventually guide the entire economy in more objective and effective ways that respond and adjust to the real world of supply and demand. Markets naturally support 'rational choice', it is argued. Consequently, however, we find that in market economies, decision making in economic matters is generally not a public affair (hence not democratic) and it particularly rests in the hands of a consortium: an alliance between those who control the flow of commodities in national/regional markets and those who wear the hats of policymakers within those same national/regional boundaries (because, after all, it turns out that markets need to have the policies and legal protection in place that allow them to self-regulate). Sometimes we find that a vague voice for scattered, disorganized and underrepresented consumers is added to that consortium (or allegedly so). The underlying assumption is that this consortium simply responds to the objective trends that show themselves in supply and demand.

Karl Polanyi [1] contended that market economies eventually create market societies, market politics, and overall market cultures. It happens because economic life, in any given society, permeates through all of the above (social life, politics and culture), and the market economy needs to control all of them in order to control economic life. Polanyi explained that the market achieves control through a number of major alterations (or transformations), the pinnacle of which is the act of taking things which are essentially not commodities and treating them as commodities. This act is the biggest hat-trick the laissez-faire doctrine ever pulled---creating 'fictitious commodities'. Polanyi named these as: land, labour, and money---also known as the elements of industry.

Fictitious commodities are called so because they do not meet the original definition of a commodity, but the market economy pulled all the strings it could - theoretical, legislative and administrative - to make them viewed and treated as such. The definition of a commodity is a good that was created or devised for the purpose of trade/sale in the market. The three fictitious commodities, mentioned above, do not meet this definition. Let us take a quick look at each one of them:

(1) Land is not a commodity because it is another word for nature. Humans did not create or devise land; the other way around sounds closer to the truth. When the value of land and its utility is determined by the market it is commodified (i.e. made into a commodity) irrespective of the many complexities that entangle humans and their natural and built environment which cannot be reduced to simple 'property value'. Generally the market price of land is called 'rent' and some other words, and in its absolute versions leads to the disintegration of nature and all sorts of violations of environmental balances and long-standing socio-ecological relations. The alarming ecological degradation in the planet today is largely related to practices of land commodification normalized by the market economy.

(2) Labour is a form of human activity, an extension of the human themselves, combining their physical, intellectual and psychological effort and springing from skills and knowledge earned through learning and experience. Labour cannot be a commodity unless you take a human being and own/control their effort in a particular time and place. Having agreed to it at legal levels does not make it less problematic at the philosophical level. Commodifying labour has an element of commodifying a person's existence in a particular context, for which the price is paid and determined by others with power. The price of labour in the market is called wage, salary, etc.

(3) Money was created by human societies as a medium of exchanging commodities, but not as a commodity itself. Money took many forms (of currency) throughout history, from salt to minerals to tender paper, yet always as a way to exchange various commodities in the market using a standard method of payment, but not as a commodity itself. The idea of 'buying money with another money' seems automatically ludicrous to our sensibilities for that reason. However the market economy succeeded in making a huge 'market' for the activity of selling and buying money across the globe---through interest rates, debt financing, derivatives markets, foreign exchange markets, and other  related financial transactions. In such markets, money can literally get you more money without any productive work (value addition) or genuine commodity exchange taking place. Folks can get richer for no other reason than that they are already rich.

From the above it should be relatively easy to see that the commodification of land, labour and money eventually leads to making society and nature under the control of the market, which is a recipe for disaster. Yet it is a recipe that has been normalized under the laissez-faire doctrine to the point that we rarely, if ever, ponder about it in our daily lives.

It should also be now easy to see that the market economy is quite different from the mere institution of the market. Markets can exist and thrive without market economies, as many did earlier in pre-capitalist and pre-colonial history [2]. It can also be reasonably imagined that if the market economy existed in its pure manifestation (i.e. totally loyal to the theory), in any country, it will soon be widely rejected for its monstrosity towards humans and nature under a vague goal of 'economic growth' (i.e. assuming that economic wealth is an end in itself, separate from the social ideas and aspirations of prosperity and perceptions of what constitutes a good life). Instead, the countries that today adopt the philosophy of the market economy in theory ameliorate its raw effects in practice with many contrary measures in order to reduce its zeal. Such measures come in the forms of packages of shy social safety net programs, some free public services, some labour rights - just enough to not look bluntly inhumane - and some minimal environmental protection laws (that can be broken if your corporation can afford to pay the fines in a business-as-usual manner), etc. These countries do in practice what they don't support in theory, and so they do it half-heartedly, and at variations.

That is why I and others find that it is more coherent to reject the market economy, in clear terms, without rejecting markets. Rejecting the market economy essentially means to refuse the commodification of land, labour and money - i.e. to decommodify them - and to carry out economic decision making in society in democratic and inclusive manners, especially including the creators of value in society: the workers. It means running the economy as an adjunct to society, not the other way around. This path can be followed in several ways, and in various accents depending on the society in question (such as agrarian or industrialized economies, low or high income, etc.) once we dispose of the idea of adhering to the market economy framework. This path can be followed though a package of conscious, bold and unapologetic policies for the economy, such as:

- Invoking, encouraging and supporting the development and proliferation of cooperatives (in industrial, agricultural and service sectors) through the framework of cooperative economics.

- Activating and normalizing the redistributive role of the state and its institutions for socioeconomic equity and growth.

- Cementing strong and comprehensive labour rights (including organization and representation in decision making).

- Vividly discussing and implementing policies on minimum and maximum purchasing powers to generalize in society [3].

- All the above while also allowing markets to flourish for genuine commodities, through regulating them for standards of quality, customs on selected import goods, monitoring of logistics, consumer protection and fair competition.

It could even be reasonably argued that, once freed from a burden they were not meant to bear, markets may even become better and healthier for genuine commodities, their producers and consumers.

* Gussai H. Sheikheldin is a scholar of technology and  institutions, with backgrounds in engineering, public policy and sustainable development. Native of Sudanic Africa and resident of North America. Contact: [email protected]

[2] In historical times of early empires and chiefdoms, indeed it happened frequently that there were very big and vibrant markets that did not, however, control the macro-economies and lives of their empires/chiefdoms or all terms of trade. For more details on such cases, see Karl Polanyi, Conrad M. Arensberg and Harry W. Pearson’s (eds.) Trade and market in early empires: Economies in history and theory. Glencoe, IL: The Free Press.

[3] Adam Smith, proclaimed father of capitalism, warned against allowing the existence of extremely rich individuals in society. He explained that such existence is one clear evidence of a failed economy, since a successful economy should enhance the livelihoods of the entire population, but when we have extremely rich individuals that technically requires (and implies) that we have quite poor people in that society as well, which means that the economy at large is not balanced and free, i.e. not a success. Extremely rich individuals, he also contented, have the tendency to monopolize industries and therefore hinder fair competition in a 'free market' arena. Putting a general and reasonable cap on how much wealth any individual or conglomerate can accumulate in society is no farfetched idea and is about protecting society from economic tyrannies. This is the argument of an early capitalist who did not live to see the consequences of normalizing the market economy idea.