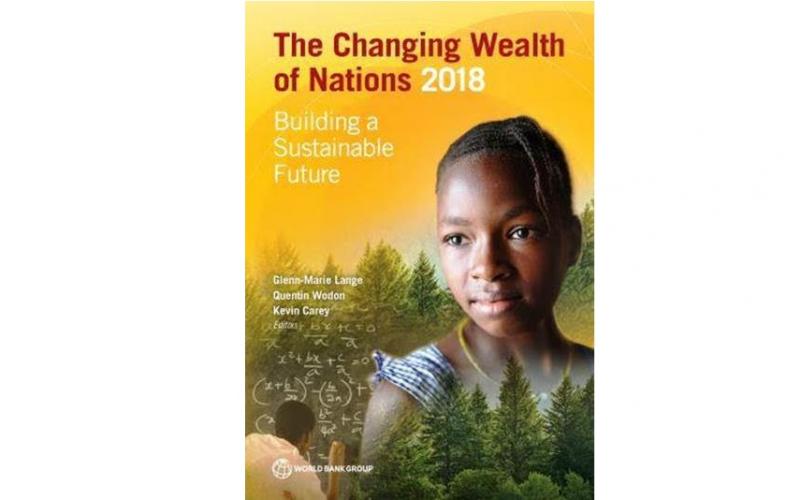 A recent World Bank report, The Changing Wealth of Nations 2018, offers evidence of how much poorer Africa is becoming thanks to rampant minerals, oil and gas extraction. Yet World Bank policies and practices remain oriented to enforcing foreign loan repayments and transnational corporate profit repatriation, thus maintaining the looting.

A brand new World Bank report, The Changing Wealth of Nations 2018, offers evidence of how much poorer Africa is becoming thanks to rampant minerals, oil and gas extraction. Yet Bank policies and practices remain oriented to enforcing foreign loan repayments and transnational corporate (TNC) profit repatriation, thus maintaining the looting.

Central to its “natural capital accounting,” the Bank uses an “Adjusted Net Savings” (ANS) measure for changes in economic, ecological and educational wealth. This is surely preferable to “Gross National Income” (GNI, a minor variant of Gross Domestic Product), which fails to consider depletion of non-renewable natural resources and pollution (not to mention unpaid women’s and community work).

In its latest world survey (with 1990-2015 data), the Bank concludes that sub-Saharan Africa loses roughly $100 billion of ANS annually because it is “the only region with periods of negative levels – averaging negative three percent of GNI over the past decade – suggesting that its development policies are not yet sufficiently promoting sustainable economic growth… Clearly, natural resource depletion is one of the key drivers of negative ANS in the region.”

Other regions of the world scored strongly positive ANS increases, in the 5-25 percent range. Richer, resource-intensive countries such as Australia, Canada and Norway have positive ANS resource outcomes partly because their TNCs return profits to home-based shareholders.

Africa’s smash-and-grab “development policies” aiming to attract foreign direct investment have, even the Bank suggests, now become counter-productive: “Especially for resource-rich countries, the depletion of natural resources is often not compensated for by other investments. The warnings provided by negative ANS in many countries and in the region as a whole should not be ignored.”

Such warnings – including the 2012 Gaborone Declaration by ten African governments – are indeed being mainly ignored, and for a simple reason, the Bank hints: “The [ANS] measure remains very important, especially in resource-rich countries. It helps in advocating for investments toward diversification to promote exports and sectoral growth outside the resource sector.”

Africa desperately needs diversification, but governments of resource-cursed countries are instead excessively influenced by TNCs intent on extraction. Even within the Bank such bias is evident, as the case of Zambia shows.

Was copper neglected in WAVES because such accounting would show a substantial net loss? One Bank estimate of copper’s annual contribution to Zambia’s declining mineral wealth a decade ago put it at a huge 19.8 percent of GNI. Were such data widely discussed, it might compel a rethink in Zambia’s desperate privatisation of mines and export of unprocessed ore.

Naturally most World Bank staff work not in Zambians’ interests, but on behalf of other international banks and TNCs. This compels them to squeeze Zambia’s scarce foreign exchange: first, so TNCs can take profits home, and second, so Lusaka repays loans no matter how unaffordable and no matter how corrupt the borrowing government. Repayment is now especially difficult given that the kwacha declined from a level around 1 to the US$ in the 1990s to around 5 to the US$ from 2003-15, to the 9-12/US$ range since.

From 2002-08, the Zambian government led by Levy Mwanamasa (1948-2008) came under severe pressure from the World Bank to sell the most valuable state assets to repay older loans, including those taken out by his corrupt predecessor, Frederick Chiluba (1943-2011). That debt should have been repudiated and cancelled.

Even then, when selling Africa’s largest copper mine at Konkola, Mwanamasa should have ensured at least $400 million went into Zambia’s treasury. But the buyer, Vedanta chief executive Anil Agarwal, laughed wickedly when bragging to a 2014 investment conference in Bangalore, India, that he tricked Mwanawasa into accepting only $25 million. “It has been nine years and since then every year it is giving us a minimum of $500 million to $1 billion.” (Agarwal is now in the process of buying Anglo American’s South African mining assets, having purchased 20 percent of the firm in 2016-17.)

Against the looting of Africa: top-down or bottom-up?

Zambia is not alone. The Bank reports that from 1990-2015 many African countries suffered massive ANS shrinkage (a process termed “dissaving” as a polite substitute for “looting”), including Angola (68 percent), the Republic of the Congo (49 percent) and Equatorial Guinea (39 percent). As commodity prices peaked in the 2007-14 super-cycle period, resource depletion was the major factor for Africa’s wealth shrinkage. 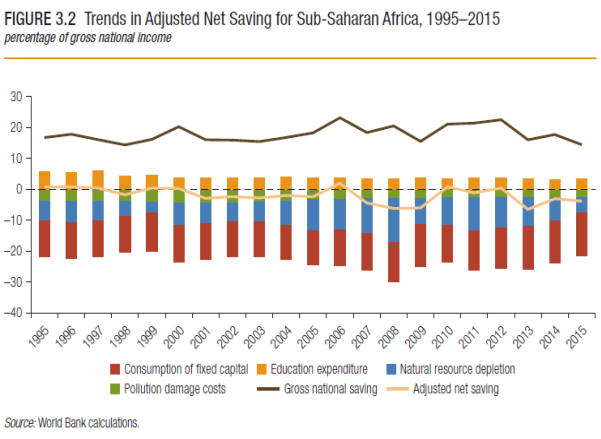 What can be done? There are really only two ways to address TNC capture of African wealth: bottom-up through direct action blocking extraction, or top-down through reforms.

The futility of the latter is exemplified by the African Union’s 2009 Alternative Mining Vision (AMV). It proclaims (without any reference to natural resource depletion capital accounting), “arguably the most important vehicle for building local capital are the foreign resource investors – TNCs – who have the requisite capital, skills and expertise”

South African activist Chris Rutledge opposed this neoliberal logic last year in an ActionAid report, The AMV: Are we repackaging a colonial paradigm?: “By ramping up models of maximum extraction, the AMV once again stands in direct opposition to our own priorities to ensure resilient livelihoods and securing climate justice. It is downright opposed to any type of free prior and informed consent. And it does not address the structural causes of structural violence experienced by women, girls and affected communities.”

The first strategy – community-based opposition – could be far more effective. According to a pamphlet prepared by Johannesburg faith-based mining watchdog Bench Marks Foundation for the civil society Alternative Mining Indaba in Cape Town recently, “Intractable conflicts of interest prevail with ongoing interruptions to mining operations. Resistance to mining operations is steadily on the increase along with the associated conflict.”

The Indaba’s challenge is to embrace this resistance, not retreat into reformist NGO silos – and not continue to ignore mining’s adverse impact on energy security, climate and resource depletion as it often has.

Indeed, three years ago, Anglo American Chief Executive Officer Mark Cutifani conceded that due to community protests, “There’s something like $25 billion worth of projects tied up or stopped,” a stunning feat given that all new mines across the world were valued that year at $80 billion. (A map of these can be found at the Environmental Justice Atlas, http://ejatlas.org.)

Meanwhile, the World Bank’s lending staffers (distinct from the Changing Wealth of Nations researchers) are still subject to protests over mining here. Women living in the Marikana slums, organised as Sikhala Sonke, remain disgusted by the $150 million financing commitment made to Lonmin, which from 2007-12 the Bank bizarrely considered its “best case” for community investment – until the police massacre of 34 workers there during a wildcat strike. (Bank president Jim Yong Kim even visited Johannesburg two weeks after that, but didn’t dare mention much less visit his institution’s “best case” mining stake.)

The Bank’s other notorious South Africa operations included generous credits to the apartheid regime, relentless promotion of neoliberal ideology after 1990, a corrupt $3.75 billion Eskom loan in 2010 (the largest-ever Bank project loan, which still funds the most polluting coal-fired power plant under construction anywhere in the world), and ongoing lead-shareholder investments in the CPS-Net1 rip-offs of South Africa’s 11 million poorest citizens who receive social grants.

To top it all off, in spite of the embarrassing revelations about TNC exploitation unmistakeable in The Changing Wealth of Nations 2018, the Bank was a financial sponsor of last week’s African Mining Indaba at the Cape Town convention centre. Each year, it’s the place to break bread and sip fine Stellenbosch wines (though perhaps not water in this climate-catastrophic city) with the world’s most aggressive mining bosses and allied African political elites, conferring jovially about how to amplify the looting.

* Professor Patrick Bond teaches political economy at the Wits University School of Governance in Johannesburg, South Africa and is author of, among other books, Looting Africa: The Economics of Exploitation, Zed Books, 2006