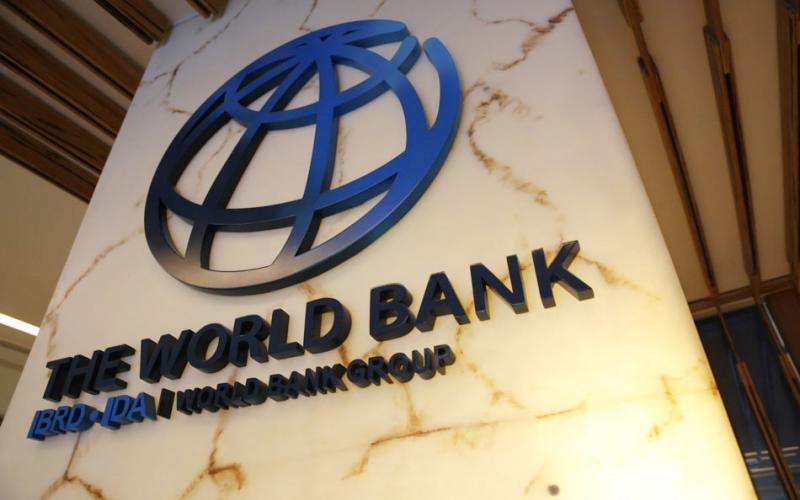 It is hard to make a case for continued support of the World Bank. Serving America’s national security and diplomatic interest is not persuasive for the remaining 189 member countries of the Bank. It is not even persuasive for Americans.

The World Bank, which receives tens of billions of dollars from the US in hard cash and guarantees, has been facing strong criticism in the US challenging its existence. In the August 10, 2017 issue of The Hill (a conservative American newspaper), Shermichael Singleton (a conservative political analyst) wrote a damaging piece titled, “Is liberalism the key to fighting global poverty? Or does it cause it?”

In his concluding lines, Singleton asked: “What will happen if one provides a liberal establishment with trillions of dollars, grants it immunity from legal accountability, and leaves it alone for three-quarters of a century to do good in the world?” He answered: “Tragedy and institutionalized racism at the expense of the American taxpayer.”

The World Bank responded in the same newspaper to make itself relevant, even indispensable. The response titled, “Born out of war, World Bank is beacon of security around the globe” was revealing in many ways. The piece was authored by William Danvers, the Bank’s special representative for international affairs. Before joining the World Bank, Danvers was part of the Obama administration’s Department of State, under Secretary John Kerry.

His piece was contrived to convey an image of an international agency that was borne out of necessity and remains indispensable for the US “economic, national security, and diplomatic interests and priorities.” He suggests that the US national interest is assured by its unique advantage as “the only country that possesses veto power” in the World Bank.

The fact that the Bank’s special representative for international affairs makes a sweeping statement that the World Bank exists to serve the US “economic, national security, and diplomatic interests and priorities” is interesting in and of itself. Equally interesting is the desperate attempt to invoke US’s veto power. The US veto power applies only to one specific area of the Bank’s governance – The Articles of Agreement. The US has no veto power to dictate the general strategy or operation of the World Bank.

“World Bank chief slams US leadership on trade deal” and

“World Bank will focus on climate change regardless of Trump administration stance, World Bank President says.” Let us move on and look closely at Danvers’ claim that the World Bank makes “important, and often unnoticed, contributions to the U.S. economy.” The claim is that countries “where the World Bank operates are responsible for creating and sustaining millions of U.S. jobs each year.”

U.S. government data shows, in 2015, US goods exports to 47 Sub Saharan African countries totaled $18.7 billion (1.2% of total U.S. goods exports). Not surprisingly, Africa is not the region that Danvers summoned as an alibi to establish the World Bank as job generator for the US export industry.

The millions of jobs he refers to are created by US exports to emerging countries such as China, Russia, South Korea, India, Brazil, and Mexico. None of the top 20 World Bank loan recipients are from Sub Saharan Africa. The top 5 are Brazil, India, Mexico, Indonesia, and China. Some of the loans carry no interest and come with a 5- to 10-year grace period.

Evidently, the World Bank uses Africa to panhandle money from US taxpayers, but uses the money to subsidize the development efforts of nuclear powers such as Russia, China, India and Pakistan. Danvers will be hard pressed to identify a country from Sub Saharan Africa that has used World Bank grants and loans that can serve as a model country in terms of development. The facts are that “nearly half of all children in Sub Saharan Africa are in extreme poverty” and that “around a third of African countries can be classed as fragile.”

A growing sense of hopelessness stemming from lack of progress has become cannon fodder for instability and mass exodus of African youth. As Daily Caller reported in 2016, “more than 20,000 illegal African immigrants have entered Mexico in the past two months seeking to eventually get into the United States.” Even worse, as heralded in the May 23, 2017 issue of the UK Telegraph,  “Up to 6.6 million migrants waiting to cross to Europe from Africa.”

In the nirvana land that Danvers paints in his article, a partial list of the Bank’s messianic missions include: delivering “greater economic security and stability for Americans” … and tackling “drivers of conflict and extremism” … and “promoting a safer world for all Americans” … and spurring “economic growth and reducing poverty” around the world … and advancing “good governance” and “anti-corruption” policies … and promoting “disease prevention;” etc.

I am told that there is an inside joke in the World Bank. If you want to know the validity of a World Bank report count the number of the word “and”. The joke turned serious, after an American Professor Paul Romer became a Senior VP and Chief Economist.

Romer issued a bank-wide memo that he would not approve the publication of any World Bank report “if the frequency of ‘and’ exceeds 2.6 percent.” The 2.6 percent is the average in academic journals. The Economist magazine reported that World Bank President Jim Yong Kim stripped Romer of his management control because of “a spat over” the word “and.”

The war over the word was a proxy war over senior management’s problem in articulating the Bank’s mission. As a professor, Romer wanted the Bank to present its mission in a succinct language. The peddlers of false miracles and beacons running the World Bank preferred to obfuscate the Bank’s mission with a string of buzzwords stitched together with “and.”

In Danvers’ piece the word “and” accounts for 4.5 percent. If Romer had his way, Danvers’ laundry list of miracles and beacons would not have made it in his article.

Here is the painful truth, as told by Professor Bill Easterly, a former World Bank lead researcher. “The West spent $2.3 trillion on foreign aid over the last five decades and still had not managed to get $3 to each new mother to prevent five million child deaths."

In 2013, a report by Global Financial Integrity found that up to $1.4 trillion was siphoned out of Africa through illicit transactions, over a 30-year period (1980-2009). The $1.4 figure eclipsed the financial inflow to Africa that was registered over the same period.

To top it off, Racial discrimination in the World Bank is "systemic." Blacks are "rated inferior." They are regarded as "not bright" and told "they can only work in the Africa region." -- Black employees regard the environment as a “kind of apartheid.” This is documented not by the Bank’s critics, but by the Bank’s confidential diversity reports, respectively, 1992, 1998, 2003 and 2015

A better title for Danvers’ piece would be “Born out of war, World Bank lacks purpose in time of peace.”