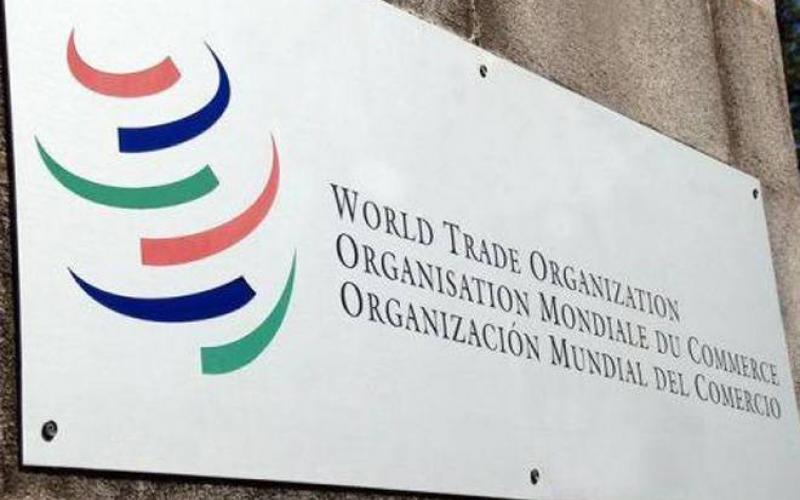 There were at least two strong indicators of the paralysis of the 11th World Trade Organization Ministerial Conference in Buenos Aires. One was the Argentine government's revocation of the accreditation of 64 representatives from 19 civil society organisations. And the second is that there was no Ministerial Declaration coming out of Geneva.

I will start with a paradoxical syllogism.

·      One: The World Trade Organisation (WTO) - a multilateral trade negotiations body - is a veritable war machine controlled by the West.

·      Two: The bilateral trade treaties with the imperial countries - such as the Economic Partnership Agreements between Europe and the African, Caribbean and Pacific (ACP) countries - are veritable behemoths.

·      Three: It is better to work within the WTO’s war machine controlled by the West than bilaterally with the imperial behemoths.

·      Four: Therefore, get rid of both the WTO and the bilaterals.

As Buenos Aires MC11 approached, there were at least two strong indicators of its paralysis.

One is the Argentine government's revocation of the accreditation of 64 representatives from 19 civil society organisations - including trade unionists, development advocates, digital rights campaigners and environmentalists. The banned organisations include delegates registered with international organizations such as the UNI global union (global union federation for skills and services), UNI Americas, and Friends of the Earth International, as well as CSOs from the following countries. Here is a partial list:

·      The Philippines: People over Profit

The WTO’s spokesman Keith Rockwell said that under Article 5.2 of Marrakesh Treaty, the WTO Secretariat has "responsibility" to interact with the CSOs, irrespective of their views. So, clearly, the Argentinian government has not only denied access to these delegates (on grounds of “security”) but also denied the WTO from carrying out its obligations under the Marrakesh Treaty.[1]

The second is that there was no agreed text coming out of Geneva (the seat of the WTO). The trade negotiators have been at loggerheads ever since the end of the MC10 in Nairobi in December 2015. Keith Rockwell said: "We don't know the fate of the Ministerial Declaration. That is still up in the air. We don't know if that is going to emerge or not. So, we'll have to wait and see on that." [2]

What is a “successful” WTO Ministerial?

The irony in this tragic-comic drama is that Argentina does not want a failed MC11.  A Ministerial conference fails when no declaration comes out from it, and the delegates go home empty-handed, as happened at Seattle in December 1999. On the other hand, if no declaration comes from a Ministerial conference in Geneva, it does not really matter. Why? If the conference fails in Geneva, it does not reflect on the Swiss government. It is a simply a failure of the Geneva-based trade negotiators – mostly country ambassadors.

However, once the WTO Ministerials move outside Geneva – especially in the capitals of the countries of the global south -  Singapore (1996), Doha (2001), Hong Kong (2005), Bali (2013), Nairobi (2015), and now Buenos Aires (2017) – things change, materially and diplomatically.  Why? This is important because none of the third world countries want a “failed” major international conference at its doorstep. They want a “successful” conference. The conference is usually opened by the head of state, and the country’s “honour” is at stake! Believe me, I’ve been to practically all these MCs, and the host governments go to extreme lengths to ensure that the conference is successful.

The fact that “success” is as defined by the Empire is beside the point. Nairobi was declared successful by the Kenya government even though we all know that it was a disaster for Kenya, for Africa, and for the rest of the global South.  Hours before the conclusion of the 10th Ministerial (MC10) in Nairobi in December 2015, African civil society organisations at the meeting issued a statement anticipating what it called a “disastrous” outcome. As Chairman of the Southern and Eastern African Trade Information and Negotiations Institute (SEATINI), I had earlier advised Foreign Minister Amina Mohamed (Chair of the MC10) to “obtain a credible outcome that would do credit to Kenya and to Africa.”  I went on to warn her not to be “intimidated by the Empire – the USA, Europe and Japan”.  If necessary, walk out of the conference, I suggested, rather than accept a “Declaration” that damages Kenya and African. Poor Amina! She had very little room for influencing the outcome of the MC10.  MC10 ended disastrously for Africa, and indeed for the global South. Kenya wanted a “successful” conference. Amina wanted a “successful” conference. (She is now one of the advisors to United Nations General Assembly President Miroslav Lajčák).

Comprador elite rule in the countries of the South

At this point I should remind you that most third world countries are ruled by comprador elites that work cheek by jowl with the Empire. (“Comprador” is a term used by the Chinese to describe China’s pre-revolutionary political rulers that were in the control of the British-American-European-Japanese Empire). Of course, there are countries such as Cuba and Venezuela that are ruled (for now) by nationalist, anti-imperialist leadership, but most third world states (including Kenya and Argentina) are largely compradorialised.

Third world analysts based in Geneva have reported that "Argentina … is behaving in an authoritarian manner by telling countries to remove their proposals so as to ensure a successful ministerial meeting".[3] Let us go back to Keith Rockwell, the WTO spokesman. He says that the MC11 will have to deal with some 40 to 50 proposals on various issues coming from Geneva. We know that there is practically no agreement on any of these.

Let us recapitulate. I have suggested that there were at least two strong indicators of the paralysis of MC11. One is the Argentine government's revocation of the accreditation of 64 representatives from 19 civil society organisations. And the second is that there was no Ministerial Declaration coming out of Geneva.

Between the two, the latter – the absence of a Declaration – is more serious. Don’t get me wrong. The participation of the CSOs is important. I belong to an NGO – the Southern and Eastern African Trade Information and Negotiations Institute (SEATINI) - and although we have not been banned from MC11, I know how important it is to have the presence of other NGOs to give us collective strength. SEATINI is a member of Our World is Not For Sale (OWINFS) – a global network of organizations, activists, and social movements fighting for “a sustainable, socially just, democratic and accountable multilateral trading system”. OWINFS’s coordinator, Deborah James, had sent a letter to the WTO Director General, Roberto Azevedo, suggesting that the MC11 be shifted to another venue (i.e. not Buenos Aires)[4]. I fully endorse James’ call. Not surprisingly, Azevedo has not responded. Azevedo, in my books, is a “comprador”. Azevedo, like the Argentinian government, does not have time for the NGOs - this, in spite of his obligation under Article 5.2 of Marrakesh Treaty (discussed above). What Azevedo wants is a “successful” MC11.

Let me return to the paradoxical syllogism with which I started this paper. My preferred option – from a southern perspective - is the demise of both the WTO and the bi-lateral trade agreements. Both compromise the independence and sovereignty of our nations. Both open our countries’ resources to exploitation by the Empire at the cost of the masses of our people – people who, as a consequence, are mired in poverty and enslavement.

In the world we live in, my preferred option (demise of the WTO and the bilaterals) is a long term ambition. In the short term (MC11 in Buenos Zaire) to medium term (may be 10-15 years down the road – yes, not that very long), we recognise the force of existing realities (including the rule of compradors in our countries), and so I go for the “more realistic” option of working within the multilateral trade framework of the WTO than with the bilateral trade treaties, such as the Economic Partnership Agreements between Europe and the African, Caribbean and Pacific (ACP) countries.

This is my syllogistic algorithm. It is paradoxical because if you look through the options the peoples in the South have, then the seemingly contradictory propositions I have made at the beginning (and again at the end) are founded on the existential realities on the ground on one hand, and the hopes (ambitions) for the future.

Given this tension between reality and ambition, SEATINI and scores of other CSOs as part of the global networks, are serious interlocutors in the negotiating chambers of the WTO on issues including agriculture and food security; Trade Related Intellectual Property Rights (TRIPS); Trade Facilitation; E-Commerce; and 40-50 other issues of concern to the peoples of not only the South but also ordinary peoples of the North.[5]

Our immediate obligation is to help our official delegations (especially our government ministers) with comprehending the technical intricacies of the language of WTO-speak, and to get the best deals we can for our people. If we fail, as we did at MC10 in Nairobi, then we should persuade our delegations to walk out of the conference – as we did at Seattle in December 1999.

[5] I have extensively dealt with these- in technical and political terms – in my Trade is War, 2015