Academic institutions are where black intellectuals go to die 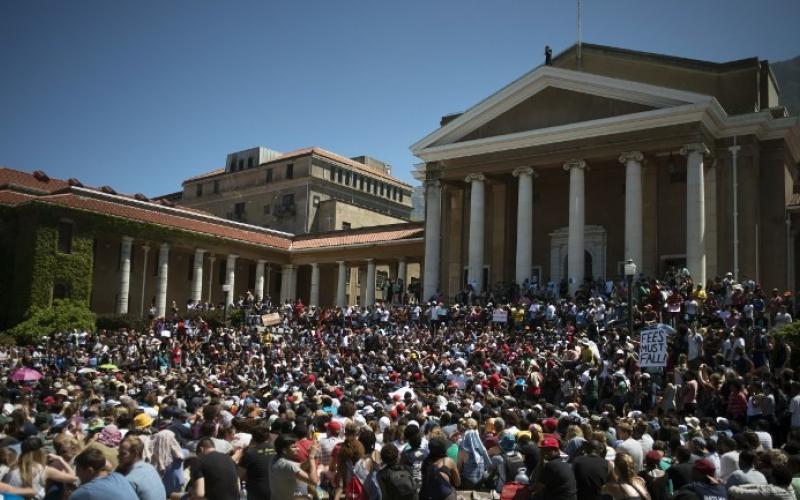 Almost three years ago, I wrote an article titled, “Dear Academia, Take Us Black”. The article came after my first encounter with the Fees Must Fall protest action. The observation I made was that University of KwaZulu-Natal’s academic staff had shut the blinds, got into their cars and drove off to God knows where “intellectuals” run to when their safe spaces are breached. This is the anti-black nature of academia.

Anti-blackness is not just about hating black people; it is informed by one’s social behaviour towards black people, distancing oneself from blackness and utter denial of black people’s right to exist as black people and not as products of a Eurocentric society.

Fast forward to the week of the 24th of June 2018, a similar feeling came over me at the BRICS (Brazil, Russia, India, China and South Africa) Young Scientist Forum (YSF), where there were undoubtedly brilliant and well educated black academics. It is not about what black academics said at this conference, it is more so what they did not say that struck a chord with me. It was their utter indifference to black suffering, the anti-blackness that was left unchecked and most importantly, their restraint from giving black (centric) academic input.

BRICS YSF was supposed to be a monumental pushback against imperialism and the devastation it continues to cause in South Africa particularly. The most educated black people in the country understand white capitalist greed and racial disparities but fail to locate them in praxis as white monopoly capital.

Most presentations that touched on black discourse were wrapped in undertones about respectability. It was a room full of young black people who “made the right decisions” to escape the gutters of Limpopo and Eastern Cape. Applauded for an unsung resistance for infiltrating white academia. Our highly accomplished people excelled by societal standards, it was “black excellence” indeed, but they failed dismally to critically acknowledge historical context, speak to the racialised nature of academia and agitate a space where the devaluation of black existence is the standard.

Black academics are so dissociated from the land struggle that when it was a topic of discussion, it was almost comical. “We want the land” became a passing joke. Is it not anti-blackness and “othering” that gives black academics the privilege to comically relieve themselves with the community’s life or death situation? The point is that as long as black intellectuals continue to subscribe to white academia, they will continue to unconsciously show the struggle the middle finger.

The experience solidified how black intellectuals leave the community to go to academic institutions where their blackness is killed and castrated. There are many reasons why Fees Must Fall, Rhodes Must Fall and any other black-led student initiatives never went beyond institutions into the communities in recent times. Perhaps one of the most viable reasons is that black academics have written themselves out of any struggle outside of white institutions where they seek validation and class.

Somehow there is a false sense of class escapism that black students get when they walk in between tall buildings, rub shoulders with white people and get exposure to metropolitan culture. The coinage of populist words like “student struggle” is a story for another day, but this is how we know people are choosing to identify more with the white institution than with the black community.

Academia is a process for assimilation and it legitimises whiteness as the default academic currency. Of course this critique comes with understanding that black academics are thrown into this system, where they continue to operate with the institutional currency in order to attain legitimacy and make it to the end, but their decision to do so is informed by anti-blackness and individualism.

If we can learn anything from black children who walked these institutions before us like Sibongile Mkhabela, Margaret Mncadi, Tsietsi Mashinini and Onkgopotse Tiro, it is that academic institutions are not an opportunity for self-worth politics called “student struggles” but about the community, agitation and organising for black resistance.

It is the duty of the oppressed to revolt. Academic institutions must be utilised to better confront the marginalisation of the community. Black academia’s duty at the very least is to investigate imperial dominance and give academic integrity to radical economic transformation, the same way that Steve Biko gave black academic integrity to Black Consciousness.

Black academia must be defined, claimed and returned to a space that is black-centric and where the groundwork for the struggle meets intellectual blackness.