Lack of grievance-solving channels responsible for strikes in Kenyan universities 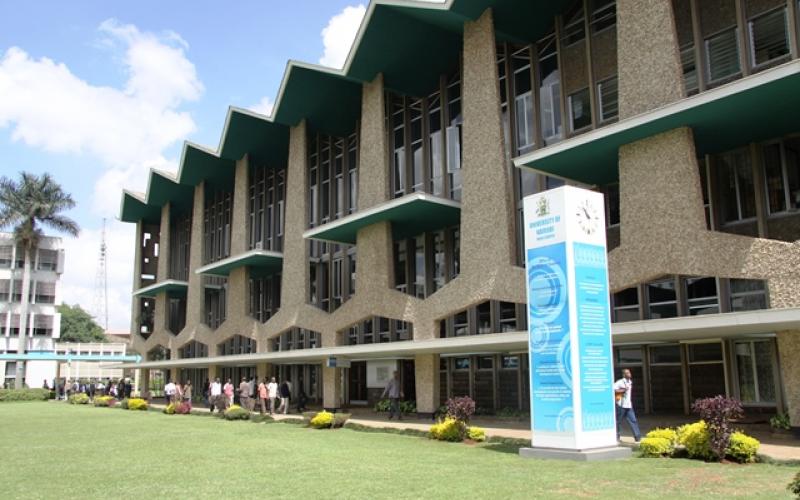 Frequent closure of universities in Kenya reflects poor management of the institutions. The culture of democracy is non-existent. Careerist managers treat students and staff shabbily. There are no mechanisms for addressing grievances, except through threats and violence. This must change.

We are in that season again when many public universities in Kenya are being closed due to student and staff unrest. The causes of the strikes are many and looking at some of them, strikes would have been avoided if there was a grievance-articulation platform for students and lecturers. Students’ grievances and complaints are universal and if not addressed can lead to constant strikes.

The problem is that we have not developed a democratic culture as a country and are always adversarial like in autocratic systems. There is lack of trust and respect among stakeholders and lack of listening to each other. People go to meetings with fixed minds and not ready to change their positions. There is no dialogue and this frustrates students and staff members.

The other problem is that many university managements in Kenya have not modernised in their thinking in this new digital age. Some do not have Facebook, Whatsappand Tweeter accounts and cannot receive grievances from students formally or informally. University managements are so insulated that they rarely meet students and staff.

University managers in Kenya suffer from “big person syndrome” and regard apologising to students or staff as a weakness and rarely want to address them. Some vice chancellors have armed body guards. Students have also been made to think that no one likes them and go to meetings with fixed minds with violence written all over their faces.

Vice chancellors are barricaded in their offices with security and many gatekeepers. Seeing a vice chancellor is almost impossible. There are multiple screens, as one has to pass through security, secretary, personal assistant, deans, registrars and deputy vice chancellors. Ideas posted in suggestion boxes are ignored or never addressed.

Many universities in Kenya do not have counselling services and psychological frustrations of students build up to dangerous levels. Poor students do not receive financial aid and bursaries but rich students are given because of corruption. Such students work hard to spoil for everyone because they have not received examination cards or are not able to eat on campus for lack of money.

Some universities have removed special and supplementary exams. Therefore students get nervous during exams because they are told if they fail they will only do the exam when it will be next offered. This is unfair and yet there is nothing hard in setting special or supplementary exams for such students. The stakes become so high and such students when not prepared well need very small triggers to go on strike.

Lecturers are treated so badly that they don’t care what happens to the university. Part-time lecturers play an important role in teaching but are treated so badly without offices, identity cards and are denied access to staff tea and meals. Some are not given appointment letters. Others are not paid for even a whole year and yet are supposed to be custodians of peace and tranquility. They can easily incite students against management.

I attended the University of Nairobi in Kenya for about nine years, for my bachelor’s degree (1986-1989) and master’s degree (1989-1994). My bachelors’ degree took four years instead of three due to strikes. My master’s degree took six years instead of two years because the external examiner took two years to bring back his report on my thesis. The university was closed many times during my undergraduate days. I never knew and understood the student grievance channels as an undergraduate or postgraduate. Looking back, some of the strikes would have been averted because the grievances were so mundane and commonsensical that we needed not be sent home.

Students requesting for a tunnel below Uhuru Highway in Nairobi to prevent comrades from being killed, or observing the anniversary for the death of J. M Kariuki in March every year, or demanding for more chapattis and meat balls needed not degenerate into strikes. At one time the university was closed after students demanded dialogue with management. Students’ assembly (kamukunji) almost always ended in closure because anti riot police were always called in to end the meetings.

I taught at Moi University as a lecturer for ten years within which we had as many strikes as there were semesters. Lecturers and students had grievances with management and those who spoke at such meetings were often victimised. I recall after a Universities Academic Staff Union (UASU) meeting with management we all received sacking letters the following day for being “disrespectful to management” and were told to reapply; majority were given back our jobs. I never entered the office of the vice chancellor for the 10 years I taught there.

Students met regularly on the first Friday of every month at departmental level, and the second Friday at faculty level. Things appeared to flow well and students’ leaders were highly respected and participated in the appointment of staff and president and vice presidents during interviews and their scores counted.

As staff member at Central Washington University, I was impressed by the manner in which staff matters were handled at departmental, faculty and college level. There were regular meetings on staff and students grievances. Each department had a coffee room where we served free coffee, and space to eat packed lunch. These are important spaces for ventilating. The university president entered my office not less than ten times on her impromptu visits around campus asking if I had any problems. She invited me for coffee in her office three times.

The university had staff retreats just before the beginning and end of semester at which there was a lot of bonding and ventilating. Suggestion boxes were opened every Monday and issues raised by students and staff addressed. During any recruitment for academic staff there was a session with undergraduate and postgraduate students and their input counted.

To conclude, management in Kenyan universities need to realise that times have changed and they cannot afford to ignore stakeholders and sit in their ivory towers in isolation. They are CEOs and must be accountable to stakeholders in vertical and horizontal ways. Holding meetings with staff and students should not be seen as a weakness. They must address issues that touch students urgently such as the death of a student in unclear circumstances. Kenyan universities must create incentives for staff to make them feel wanted and needed. Staff must be treated with dignity and respect otherwise they will give minimum service.

On the other hand, Kenyan university students need to learn from their counter parts in the West and elsewhere and embrace democracy. They should give management time to address their issues. They have to understand that grievances are not addressed through violence and burning down of university property. Destroying property does not solve anything but just adds to the economic burden of stakeholders. They should embrace dialogue. The best solutions are those arrived at through consensus and this is important.