Home » Education » Of what value is classroom-based education? A quest for an alternative emancipatory discourse

Of what value is classroom-based education? A quest for an alternative emancipatory discourse

Could universities and colleges be symbols of tyranny? 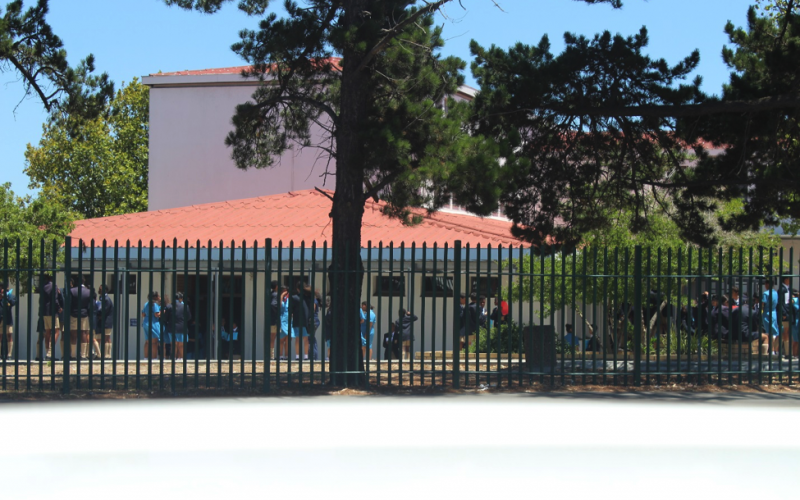 Radical educators and revolutionaries worldwide are bewildered by the question—which education is of most value? –as universities, colleges and schools turn into centres of oppression, perpetuating the dominant authoritarian discourse.

Formal education, which has a colonial face, and misconstrued as civilisation, is increasingly becoming more autocratic and directive, failing to meet the daily needs of the majority of the people with no respect for the learner.

According to South Africans Market Insight 2019, out of 800, 800 pupils who registered for the National Senior Certificate, only 172, 000 qualified to further their studies at universities. This means, just over a third of the students who sat for their final year of high school examination actually qualified to go to university. In 2016, there were 1, 067, 075 pupils in grade 10, and only 400, 761 passed their final examination, according to research. One wonders what happens to thousands of able-bodied young men and women, failed by the system.

Whilst a good number of students who fail their final examination get absorbed into the informal economic system, the majority still remain unemployed. South Africa Statistics (SAS 2019) reports that 27.5 percent South Africans are unemployed, whilst independent research put the number at over 50 percent.

Graduate unemployment has reached alarming levels. The gap between the rich and the poor is increasing. South Africa has the most inequality out of 149 countries in the world according to the 2018 World Bank report. Instead of addressing these challenges, formal education reinforces suffering and exploitation of the poor majority.

With unemployment rate skyrocketing, increasing poverty, high levels of economic inequalities, and environmental decay, formal education is not only losing relevancy but blamed for the creation of these challenges. It is still a threat to the cause of the working class and the commoner of the world.

Since its inception, formal education has nurtured a quasi-bourgeoisie neo-liberal capitalist class comprising of teachers, lawyers, doctors, journalists, and accountants, masquerading as democrats, whose duty is mainly to misinform and mislead the world. They work on behalf of big business, advancing the interests and aspirations of international multinational corporates and their local agents or oligarchs.

By virtue of compulsory learning being white supremacist, elitist, and hetero patriarchal in character, it means the majority of the marginalised, such as women, blacks and refugees are left out, charged and condemned. Its competence base, individualistic, and commercial nature, is contrary to African and democratic values.

Those who have gone through the formal education model, have suffered effects, which are deadlier than opium, for it makes them what they are by nature not. They are programmed like computers to satisfy the demands of capital.  It destroys humans, and creates uncritical objects or propagandists, blind to the realities of the world and bent on defending and advancing a foreign agenda.

Victims of this education model are in chains, left in a perpetual state of mental imprisonment, and in need of urgent rehabilitation. They can wear very expensive suits and speak fluent English, but they know “nothing”. What they know is the narrative of their master.

A more radical, dialogical, inclusive, and people centred pedagogical approach, is the panacea to the multifaceted challenges bedevilling humanity today. This cannot be found in formal learning but informal and non – formal learning.

I posit that, true learning, with developmental potential cannot be found in walls and fortresses of universities and colleges but informally in the community. This challenges the epistemological position that classroom blocks and lecture theatres are the progressive spaces of knowledge production.

Veteran feminist scholar and educationist, Veronica McGivney contends that much of the learning we do as adults take place not in educational centres or institutions, but in the context such as the home, the work place or the local community.

And yet this learning, which is most valuable and productive, with emancipatory potential, has not been privileged, but suppressed. It is therefore true that the empowerment and emancipation of marginalised groups including women will never be realised if the role of informal education is ignored.

The silencing of liberatory pedagogical approaches and veneration of the authoritarian one, with its roots in global neo liberal capitalism, is a deliberate attempt designed to perpetuate the status quo.

The net effect of this is to promote a few elites, whilst condemning the majority “others” to the grave.  The plight of refugees, migrants, youth, indigenous people, workers, women, asylum seekers and sexual minorities among others is largely ignored, as it justifies their suffering.

Current attempts to transform compulsory education which is anchored by big business and capital is not going to work since it cannot be transformed from below.

What is required is to challenge and change the whole social structure, which sustains it. The role of what Antonio Gramsci, the Italian ex-convict and revolutionary, called organic intellectuals to correct the centuries long distortions must never be underestimated if an effective decolonisation processes is to take place.

As it stands, formal education has no intention to include the interests of the marginalised groups. Those who undergo this form of learning are often taught to behave in a way that legitimises and stabilises the dominant discourse. Yet they do not even know they are promoting the interests of their oppressor.

To adopt the words of Paulo Freire, the Brazilian philosopher, educationist and revolutionary, disciples of this education model have become worse than slaves. They are in a perpetual state of bondage, for they have not only lost agency, but themselves.

Over 50 years ago, Freire in his Pedagogy of the Oppressed,condemned this as education for domestication. Little did the world know he had a point as many misunderstood his message, and dubbed him a traitor.

Regrettably Freire, suffered persecution in the land of his birth for standing for the truth and justice.  His only offence was challenging the dominant discourse. Freire advocated for education for liberation, which compulsory learning had failed to offer, arguing that banking pedagogical approaches are toxic, exclusive and discriminatory and put people in bondage. Freire vehemently rejected directive, authoritarian and positivist approaches of learning for undermining and dehumanising the learner, calling for a more dialogical, collective and egalitarian pedagogical approach.

This year will mark 51 years of the Pedagogy of the Oppressed, which became a philosophical foundation for movements confronting injustice throughout the world.

With authoritarian approaches failing, it is high time the world embrace, a more humanist pedagogy of difference and move fast towards a decolonising and revolutionary pedagogy. Failure of which the world will remain stuck in the past, with detrimental effects to the masses of the oppressed of the world.

Critical scholar of record, and Associate Professor at the University of Cape Town Linda Cooper contend that formal education serves an instrumentalist agenda, for the neo liberal capitalist society to function, by providing cheap labour to the local market. Such an approach does not help to address a variety of challenges faced in townships and other marginalised communities in South Africa and the world in general. It serves a neo liberal capitalist agenda, and not that of the working class and the poor of the world.

As long as formal education remains privileged, unemployment, gangsterism, crime, drug abuse, poverty, hate and inequality will remain the order of the day. It will not be able to address emergencies in this fast-changing world. It is therefore imperative to embrace a problem- posing and people- centred pedagogical approach in order to address the world’s most pressing challenges.

In Africa alone 85.5 percent of the population is into informal trade and the majority of these are women. It is clear that most of these though having passed through formal education, and failed to end poverty, have today resorted to means of survival which they never learnt at school, as unemployment and poverty hit hard.

Considering that formal education keeps people in captive, elitist, narrow and exclusive state, it will not be able to address the world’s most pressing challenges, now and in future. And it never did.

The intention of this article is not to discourage communities from participating in compulsory education, but to expose forces responsible for their enslavement and to devise strategies to fight from within. Further to that, it is imperative to consider the role of informal and non-formal learning to the emancipation and growth of marginalised groups.