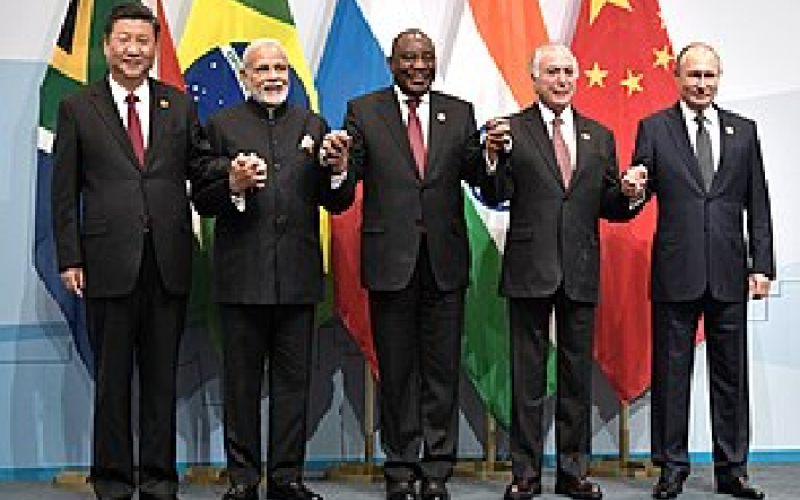 Delegates at the recently concluded BRICS Summit in South Africa made a public declaration against unilateralism coming from Washington.

The gathering comes at a time of rising acrimony prompted by the imposition of tariffs by the US against Canada, the European Union (EU) and the People’s Republic of China. Although Trump said he was amending some of his measures during a meeting with EU President Jean-Claude Juncker on 25 July at the White House, it was not clear what the actual outcome of the putative truce would involve.

On 23 May Trump ordered an investigation by the Department of Commerce under Section 232 on whether the importation of vehicles was a threat to national security. A conference of non-US automobile producers took place on 31 July in Geneva, Switzerland where a possible strategy to counter the Trump policy was discussed.

Attending the gathering in Geneva were the deputy trade ministers of the EU, Canada, Mexico, Japan and South Korea. Altogether these nations account for approximately US $1 trillion in automobile exports to the international market.

However, in South Africa the tone of the discussion was quite different. The tenth BRICS Summit was convened under the theme “BRICS in Africa: Collaboration for Inclusive Growth and Shared Prosperity in the Fourth Industrial Revolution”.

The bloc of member nations and observers represent the so-called rapidly expanding “emerging economies.” These states have been marked by phenomenal economic growth over the last decade although they are facing profound challenges from the Western industrialised governments who are obviously threatened by the potential erosion of their global power.

A statement from the South African presidency said of the gathering that: “The Summit is focused on the need to strengthen the relationship between BRICS and Africa. In this regard BRICS leaders will also interact with African leaders on how best to bring about inclusive growth and shared prosperity through heightened collaboration. In this context, leaders of the Republics of Namibia, Gabon, Angola, Senegal, Uganda, Togo and Rwanda will participate in the BRICS-Africa Outreach session.”

Prior to the Summit, Chinese President Xi Jinping visited for the first times the West African state of Senegal and Rwanda in the eastern region of the continent. Discussions with Senegalese President Macky Sall and Rwandan leader Paul Kagame resulted in the deepening of economic relations between these African Union member states and China. Following the BRICS Summit, President Xi stopped over in Mauritius where he held talks with Prime Minister Pravind Kumar Jugnauth.

In a media advisory issued by the Chinese Ministry of Foreign Affairs it says: “The visits will promote the further deepening of political mutual trust, mutual development assistance, mutual learning on each other’s concepts between China and Africa and the building of a closer China-Africa community of common destiny. They will jointly witness the signing of a series of cooperation agreements to elevate China-Rwanda practical cooperation to new highs.”

Outcomes of the Summit

At the conclusion of the meeting, there was a 102-point declaration issued by the participants addressing a wide range of concerns from the role of the United Nations Security Council, the World Trade Organisation (WTO), along with encouraging international cooperation in the fields of cinema, sports, culture, peacekeeping and economic development. The scope of the declaration is so broad that it encompasses the various political characteristics of the member states and observers [[i]].

Although the final document does not directly criticise the protectionist and hostile economic posture of the US, it is obvious that the general tone of the proceedings poses a rebuttal to the efforts by the Trump administration to reclaim an uncontested dominant role for Washington and Wall Street in the present world situation. Ruling class interests in the US clearly view the role of the Russian Federation and China as imperilling the existing international division of labour and financial power, where the leading imperialist nation is responding with threats of trade and currency wars, which could easily lead to intensified military conflict over the control of the land, resources and waterways of the planet.

At the opening session of the BRICS Business Forum, President Ramaphosa emphasised: “We are meeting here, ladies and gentlemen, at a time when the multilateral trading system is facing unprecedented challenges. We are concerned by the rise in unilateral measures that are incompatible with World Trade Organisation rules, and we are worried about the impact of these measures, especially as they impact on developing countries and economies. These developments call for thorough discussion on the role of trade in growing and promoting sustainable development, particularly in inclusive growth. [[ii]]”

President Xi spoke after his South African counterpart sounding a similar alarm stressing the need to oppose the Trump administration’s unilateralism. China, by far the largest economy among the BRICS grouping, and the second only to the US, is seeking to build a different type of inter-regional coalition aimed at countering US influence.

The Chinese president said of the contemporary crisis in international relations related to Washington and the rest of the world that: “Unilateralism and protectionism are mounting, dealing a severe blow to multilateralism and the multilateral trading regime. We are facing a choice between cooperation and confrontation, between [an] opening up and a closed doors policy, between future benefits and the beggar-thy-neighbour approach. The international community has indeed reached a new crossroads.”

New avenues of cooperation and development

BRICS has established a New Development Bank (NDB) whose aim is to establish an alternative to the International Monetary Fund and the World Bank. Its goal is the accumulation of US $100 billion in capital to disperse among member states and others in the global South. By the end of 2018, the NDB will have loaned US $7.5 billion to various countries.

South Africa has received US $180 million toward the state-controlled ESKOM Holdings SOC Limited for a renewable energy project. Another loan of US $200 million has been allocated for the reconstruction of the Durban container terminal.

China on its own announced during the BRICS Summit that it is willing to invest US $14.7 billion into ESKOM, which has suffered immensely over the last few years. This is part and parcel of a policy by Ramaphosa to attract US $100 billion in new investment into South Africa over the next five years [[iii]].

Beijing pledged to support a planned investment summit in South Africa scheduled for October of this year. On a continental level, another Forum on China Africa Cooperation will take place in China during September.

A preliminary meeting of scholars from African Union member states and China met in Beijing on 3-4 July to determine ways in which cooperation can be enhanced.  The convening of The Seventh Meeting of the China-Africa Think Tanks Forum brought together three hundred scholars from China and Africa [[iv]].

According to an article published by Xinhua news agency in June: “Dazzling achievements in China during the past four decades of reform and opening-up set an invaluable example for growth-hungry African countries, African experts have told Xinhua. They believed that China’s rise to one of the world’s economic powerhouses results from a carefully pursued strategy over the four decades. They argued that China’s development path of reform and opening-up, without sacrificing core ideological principles or its independence, holds many of the critical elements that can help Africans harness its vast human and natural resources to build the continent into an economic and political powerhouse.[v]”

[i] http://www.african-bulletin.com/9997-the-10th-brics-Summit-johannesburg-declaration-full-text.html accessed on 6 August 2018