Universal healthcare in Africa is a necessity for genuine development 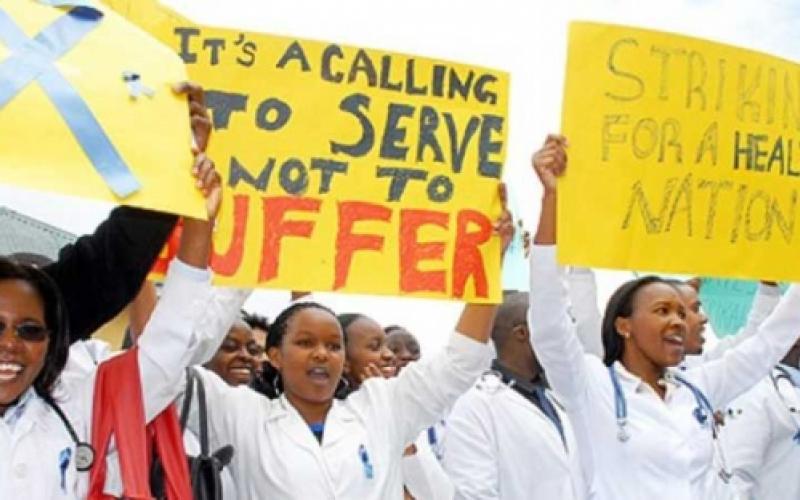 A recent conference in South Africa raised issues on whether universal healthcare should be a private or state-driven endeavour.

Many of the news stories about African Union (AU) member states focus on the outbreak of infectious diseases, which are a direct result of the legacy of colonialism and neo-colonialism, where the healthcare institutions were deliberately left underdeveloped.

A conference held recently in the Republic of South Africa discussed the potential for the building of a universal system for providing medical care in the most industrialised state on the continent.

On 19-20 October, President Cyril Ramaphosa convened the gathering, which brought together over 600 professionals in the medical field. The aim was to enhance the services provided to the population of the country where poverty and joblessness remain serious obstacles nearly a quarter-century after the demise of the racist apartheid system. [[i]]

In the aftermath of the Universal Health Coverage (UHC) Summit, the South African cabinet approved recommendations from the conference by drafting a National Health Insurance bill to be deliberated on within the National Assembly. Such a breakthrough in South Africa could provide a blueprint for the AU member states as a whole.

South Africa at present is undergoing a “technical recession” exemplified by stagnant wages, unemployment reaching record levels along with instability in the financial sector. These problems make the imperative of revamping the healthcare system more urgent although it poses profound challenges to the state.

Inside the country there are both private and public healthcare institutions. Those who are more affluent within the middle, upper-middle and ruling classes largely rely on the private physicians, clinics and hospitals.

Statistics published in 2012 indicated that the bulk of spending on healthcare is provided by the National Treasury. This reality stems from the necessity beginning in 1994 after the ruling African National Congress took power to transform the apartheid system where 14 different bureaucracies were established catering to people based upon their racial and ethnic backgrounds.

Consequently, such a system left the majority African and Black (Asian and mixed race) population groups at an extreme disadvantage. Life expectancy rates were highly racialised with the African people suffering from premature and unnecessary deaths.

Even today those who can afford the cost utilise private health insurance plans. Conversely the low-wage working class, rural proletarians and jobless people are dependent upon the state for the financial underwriting of their healthcare needs.

South Africa is not alone in the search for more efficient and effective healthcare delivery systems. Former Republic of Tanzania President Jakaya Kikwete addressed this issue within the context of the broader global need for universal health coverage.

Kikwete wrote in an editorial published on 5 November that: “It has been three years since world leaders committed to one of the boldest goals ever set in global public health: achieving universal health coverage by 2030. Achieving this objective will mean that every person in every community has access to affordable care, both to prevent them from falling ill and to treat them when they do.”[[ii]]

The former leader went on by recognising: “The stakes are simply too high not to deliver on this promise. We cannot eradicate poverty, protect people from pandemics, advance gender equality, or achieve any of the other 2030 Sustainable Development Goals (SDGs) without accelerating progress toward universal health coverage.”

Within this essay Kikwete emphasised the need to guarantee primary care. Providing primary care to all citizens and residents will address 80 percent of the problems that could potentially arise from the absence of such services.

President Uhuru Kenyatta of Kenya is launching a pilot programme to provide Universal Health Coverage to 3.2 million people in four counties. The counties of Kisumu, Nyeri, Machakos and Isiolo are leading the country in communicable and infectious diseases.

Kenyatta gave his approval for the UHC inter-governmental committee to proceed in developing Memoranda of Understanding between the county administrations and the Ministry of Health. The programme is part of a broader national plan to provide free healthcare to all in need of it in Kenya.

In the Democratic Republic of Congo (DRC) a recent outbreak of the Ebola Virus Disease (EVD) has presented another major healthcare challenge to this already troubled state. EVD was first documented in the DRC in the mid-1970s. Recurrent pandemics have occurred over the previous four decades.

The worst EVD pandemic took place in 2014-2015 in the West African nations of Guinea, Sierra Leone and Liberia where tens of thousands were sickened and over 11,000 died. The extent of the West African outbreak prompted international interventions from the United Nations World Health Organisation (WHO), the United States military and hundreds of healthcare professionals from the Republic of Cuba.

An experimental vaccine has been introduced in the DRC in an effort to contain and halt the spread of the virulent strain of this Viral Haemorrhagic Fever (VHF). Since 1 August, there have been 300 probable and actual cases of Ebola in the North Kivu and Ituri provinces of the DRC. 186 people have died with 151 confirmed and 35 probable.

As it relates to other infectious diseases, HIV/AIDS has remained a serious problem in Africa for over three decades. The overwhelming majority of people contracting, living with and dying from HIV/AIDS are in the sub-Saharan regions of Africa.

Of the 34 million HIV positive persons in the world, 69 percent are in Africa. It is estimated that 23.8 million people on the continent are infected with HIV. 91 percent of children living with HIV are in Africa, which continues to threaten the well-being of successive generations.

Over a million people die from AIDS every year in Africa out of the overall 1.7 million who perish due to the disease around the world. 59 percent of those infected with HIV in Africa are women.

Although many more people are undergoing treatment through the taking of antiretroviral drugs, it is estimated that only half of those HIV positive persons have access to the medications in Africa. As a direct result of the neo-colonial system, which fosters the contraction and lack of adequate treatment for HIV/AIDS, average life expectancy in Africa is 54.4 years. Research studies suggest that due to the mortality rates related to HIV/AIDS in some countries on the continent, the average life expectancy is as low as 49 years. [[iii]]

Cholera is another disease, which has had a devastating impact in some African states. The ailment is caused through the consumption of contaminated water. Recently in the Southern African state of Zimbabwe, a cholera epidemic erupted requiring the declaration of a health emergency.

The WHO said in a report issued in October that: “The cholera outbreak in Harare was declared by the Ministry of Health and Child Care of Zimbabwe on 6 September 2018 and notified to WHO on the same day. As of 3 October 2018, 8535 cumulative cases, including 163 laboratory-confirmed cases, and 50 deaths have been reported (case fatality rate: 0.6 percent). Of these 8535 cases, 98 percent (8341 cases) were reported from the densely populated capital Harare. The most affected suburbs in Harare are Glen View and Budiriro. Of the 8340 cases for which age is known, the majority (56 percent) are aged between five and 35 years old. Males and females have been equally affected by the outbreak. From 4 September through 3 October, the majority of deaths were reported from health care institutions.”[[iv]]

Nonetheless, Zimbabwe was not the only country impacted in 2018. In the West African state of Niger there were 3,692 cases of cholera reported in July resulting in 68 deaths. Algeria reported a cholera outbreak in August with at least two deaths. Other African countries where there were problems included Cameroon, Somalia, the DRC, Mozambique and Tanzania just in 2018 alone. [[v]]

Ebola, HIV/AIDS and cholera are diseases, which trigger health alerts on national and international levels. However, other chronic ailments such as hypertension, heart disease, kidney failure, cancer, malnutrition, alcoholism, drug addiction and diabetes serve to lessen the average life expectancy along with draining the productive capacity of African societies.

By providing this glimpse into the healthcare crisis in AU member states, it points in the direction of the desperate need for a UHC system across the continent. Even though there has been substantial growth in various nations and regions of Africa over the previous two decades, these levels of economic expansion can in no way be considered sustainable based upon the continuing dependency of the region on the trade in energy resources, strategic minerals and agricultural products.

In fact the re-emergence of the African debt quagmire in recent years is directly linked to the decline in commodity prices on the global market, which is still dominated by the western imperialist countries. Moreover, the fragility of neo-colonial dominated states is reflected in the often-precarious social positions of healthcare professionals.

Leading African states such as South Africa, Zimbabwe, Kenya and Nigeria have experienced low salaries for nurses, physicians and medical researchers. Many of these healthcare workers have engaged in strikes demanding the regular payment of salaries, higher wages and improved conditions of employment. Other professionals operating in the medical fields have been recruited to work in the capitalist countries of Europe and North America, further hampering the ability of AU member states to address the monumental healthcare problems on the continent.

As discussed at the beginning of this report, South Africa provides a clear example of the burden facing the public sector in regard to providing medical services for the working class and impoverished. Other governments in Africa are facing similar situations, which necessitate the strengthening of state structures. Private for profit healthcare schemes can and do have a role to play. Nevertheless, as is illustrated in the United States, millions will go without any medical insurance coverage if profit making is allowed to determine how healthcare systems are administered.

The healthcare crisis in Africa is inextricably connected to the struggle against the legacy of colonialism and neo-colonialism. Any genuine development strategy cannot be successful without the maintenance of a healthy and productive youth population, workforce and senior sectors of the population.