Creating the new man in Africa 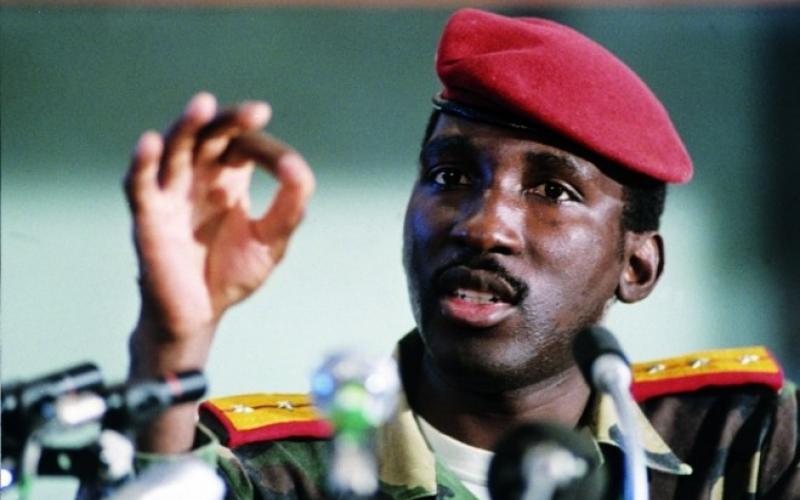 How do we create new men in Africa? A process of consciousness raising, or the journey of men increasing their self-awareness of patriarchy or male domination, is required. The new man should be able to experience empathy, to care for others, show compassion and to discuss their emotions openly.

Imagine a poster with the words: “New men wanted in Africa!” Most people would find the statement amusing, but that is what Africa urgently needs. This specific demand has to be part of a radical transformation in attitudes and outlooks that the continent must undergo, alongside fundamental socio-economic development as the 21st century continues to unfold.

Thomas Sankara, the Burkinabé revolutionary who was committed to socio-economic and political change in his country, had the courage to state that the waging of revolution would also “upset the relations of authority between men and women and force each to rethink the nature of both.” (emphasis mine) He was also correct in declaring that “… the revolution cannot triumph without the genuine emancipation of women.” Equally, I would like to argue, that the revolution cannot triumph without a transformation in the thinking, mentality, attitudes, or consciousness of African men/boys. And for that to happen, we need to address male domination in African societies.

Boys can be angry and aggressive and girls are allowed to cry and show a “soft” and nurturing side.

Boys can be inquisitive and ask questions whilst girls are expected to be passive and submissive. Boys and men can certainly NOT cry for that is being “emtional”, which only girls and women are allowed to be. These are some of the gendered stereotypes and expectations of how boys/men and girls are expected to behave in Africa (and around much of the globe). In academia, the term employed to describe this phenomenon of male superiority and female inferiority is “patriarchy.”

In Africa, many cultural expectations are ingrained through socialisation and unquestioned cultural customs and practices to reinforce patriarchy and gendered expectations. Patriarchy is a system of ideas that intersects with other forms of domination such as class, homophobia, sizeism and racism. Patriarchy is invisible; it is like the air we breathe that we do not recognise and feel its presence; yet it surrounds us and is unconsciously (and consciously) ingrained in our thought patterns and actions. It manifests itself in Africa in many ways such as the predominance of male political leaders, despite AU protocols and the fact that several African parliaments such as Rwanda, Mozambique, Uganda, and Senegal, have a large number of female parliamentarians. Men continue to disproportionately occupy top leadership positions; the bulk of agricultural work in Africa is carried out by women in the rural areas and it is women who dominate the informal economy whilst the “formal” economy is dominated by African men. Conflict in Africa, particularly war, is waged by men and when we see images of peace negotiations it is two men from opposing sides and not women that we see shaking hands. Women are absent in photo-ops in all peace negotiations (unless it is a woman who is behind the camera taking the shot? But I doubt it). Yet, who creates and fuels war?

We need therefore to creatively “rethink” – as Sankara urges us - the nature of what it means to be male and female. But more importantly, we must begin to bring up our children differently in a de-patriarchal manner, in which, we do not for example scold boys for crying and girls for being “tom-boyish” or “too forward” in being outspoken in their views in school or outside of school. This will be a long-term undertaking that takes courage and commitment by parents, educators and the community.

Rethinking the nature of “male” and “female”, or “de-patriarchizing society,” also requires men who are genuine and serious about radical transformation to re-evaluate their own behaviour and thought patterns in respect to empathy and ethical considerations. For most African men (to generalise here) are consciously or unconsciously under societal and cultural pressures to conform to some notion of a “hegemonic masculinity” – that is, an African man is aggressive, strong, competitive, in control, dominant and active. These are cultural ideas that are variously expressed in the myriad of diverse cultures that make up the African continent. Girls/women are expected to embody the socially valued behaviours of being nurturing, emotional, subordinate, passive, gentle, and to be receptive.

In order to create new African men, a process of consciousness raising, or the journey of men increasing their self-awareness of patriarchy or male domination, is one that has to operate on a number of levels. It must operate on a societal level, whereby those progressive elements in the media, the church, mosque, trade unions and other institutions take up the issue not only in rhetorical policy declarations but in their actions and training within their institutions. Another level is that of the family, as the first social unit in which human beings are born. The family needs to socialise boys and girls differently. This extends to the wider extended family and peer group who are also very in-fluential in legitimating negative and positive behaviour, norms and values.

It will involve men/boys having the courage and confidence to confront the sexist/patriarchal views and attitudes of other boys and men whether openly or on a one to one basis. An example of this is when men/boys hold each other accountable for their language and behaviour. Such men need to provide new models of what a “real man” looks like i.e. not one who is “macho”, “tough”, “silent” and unable to express his emotions. Related to this is the fact that such men/boys should embody emotional literacy. Generally, most men lack emotional engagement, emotional caretaking and relational skills, which are too often qualities and skills relegated as the domain of women. Hence, boys/men growing up are only able to express rage and anger which often lead to violence i.e. domestic abuse and violence and in countries where there is conflict; it is channelled into armed militaries and rape/sexual assault of women (as in the DRC and elsewhere).

New men are able to experience empathy, to care for others, show compassion and discuss their emotions openly. The African-American cultural critic and feminist, bell hooks, defines a “feminist masculinity” as comprising of “integrity, self-love, emotional awareness, assertiveness” and relational skills. The adverse impact of patriarchy is that men and boys are forced to wear a mask concealing their inner selves; denying their emotions for displaying the emotions of “toughness”, “strength.” The requirement by a patriarchal and capitalist society compartmentalises the psyche, thoughts, and actions and thereby creates schizoid humans. In the Western world, for example, in the UK this has led to a high incidence of mental illness and suicides among males.

As there is no blueprint for creating a new non-sexist, anti-imperialist, anti-capitalist world, our strategies will be based on an evolving basis of theory and practice. One first and crucial step, must involve men remaining silent and genuinely listening to the women around them.