Herstory: Soweto uprising and the erasure of Black women 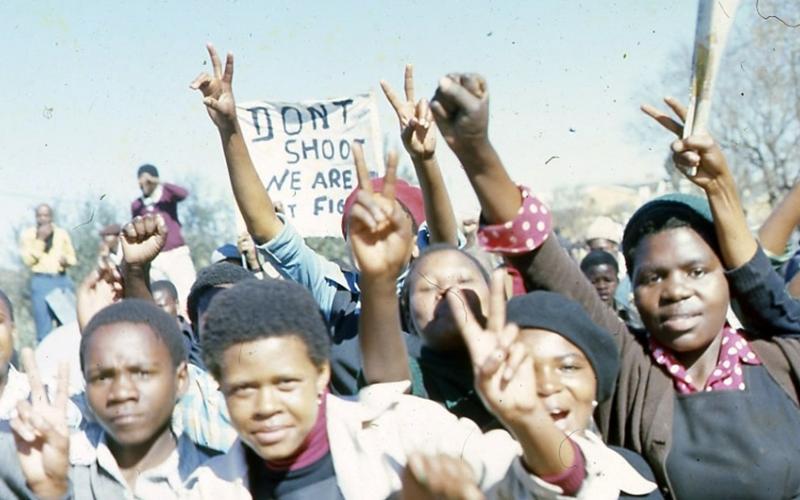 There are many distortions in the dominant narratives around the 1976 students’ uprising. One of the most critical of these is the persistent, subtle projection of that uprising as the exclusive initiative of young men, to the complete exclusion and erasure of the invaluable contributions and sacrifices of young women. This constitutes epistemic violence against Black women.

Last week Friday marked 41 years since the Soweto students’ uprising that took place on the 16 June 1976, a day that ushered a decisive turning point in the liberation struggle in Azania (South Africa).

Today the day is a celebrated national holiday rebranded as ‘Youth Day’, a day in which contributions of young people in the liberation project are usually evoked and celebrated. In fact, the whole month of June has become christened as ‘Youth Month’.

But, there are serious distortions and misrepresentations of historical facts in the dominant public narratives around the 1976 students’ uprising. One of the most critical of these distortions is the persistent subtle projection of that uprising as the somewhat exclusive initiative of young men, to the complete exclusion and erasure of the invaluable contributions and sacrifices of young women of that time.

Very often, when 16 June is discussed or commemorated, the painful experiences, sacrifices and contributions of the young Black women of the 1976 generation in the fight against the white supremacist education are largely downplayed (mentioned in passing), or completely erased and silenced.

It is as though 16 June was the sole initiative of the prominent male students like Tsietsi Mashinini and Khotso Sethloho only (and of course,  the first boy victim, Zolile Hector Peterson); as though no Black women were involved at all in the planning meetings and the subsequent protest on that fateful day and weeks after. 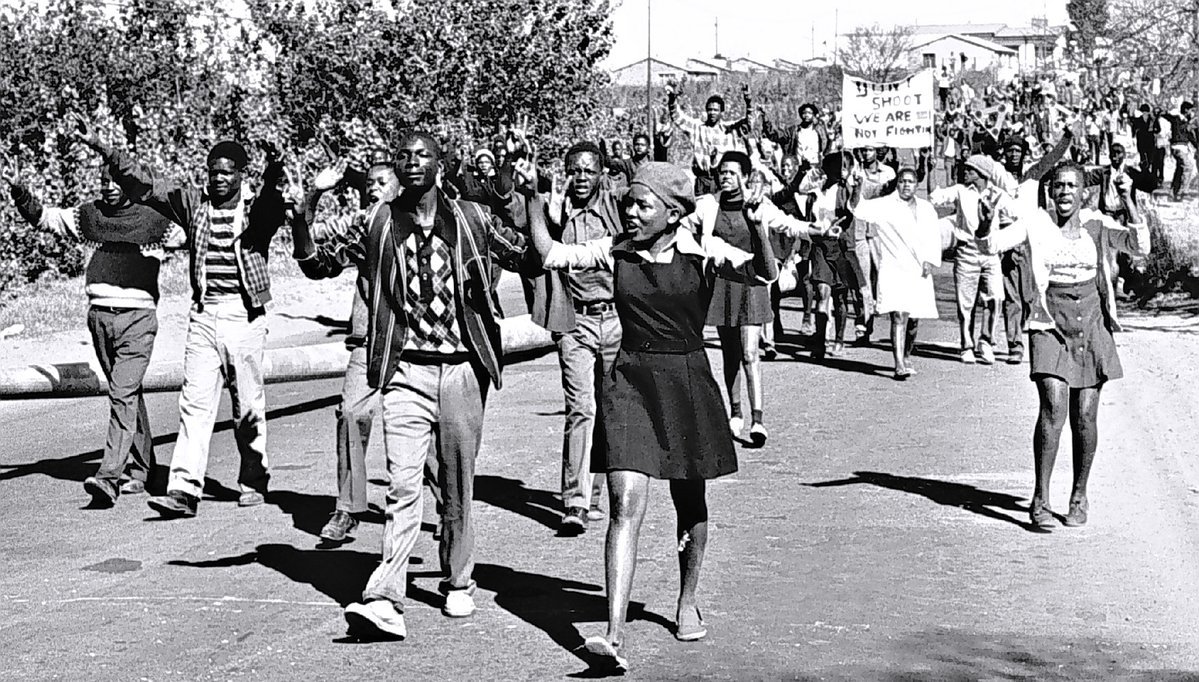 The names and identities of young women rarely appear even when victims of that 16 June massacre are evoked in public dialogues, intellectual discourse or media reports. These Black women are continuously rendered invisible by the entire system; they simply don’t exist; they are not regarded as worthy subjects of his-story.

For example, there were many female students who shot and killed at various places around Chaiwelo when the uprising began at Nghungunyane Secondary School, whose identities remain a mystery till this day. Other examples are two specific women from Dlamini whose involvement in the uprising resulted in their lifetime confinement to wheelchairs.

On 17 June 1976 a young Black girl, Hermina Leroke, was shot dead in Diepkloof after she and her peers had seen a helicopter and ran. Her companions and friends witnessed her killing by the police. Her name, like many other young women who died, is unknown.

Even when pictures of the June 16 events are shown on any public platforms, the selective gendering of the images used is quite apparent. In the media, in academia and in political spaces the historic images used to tell the story are those with largely male students.

Images of the uprising with young Black women leading in front, carrying placards with revolutionary messages alongside the male students, defiant against military and police armoury, and leading in front during the marches, are rarely published or used. 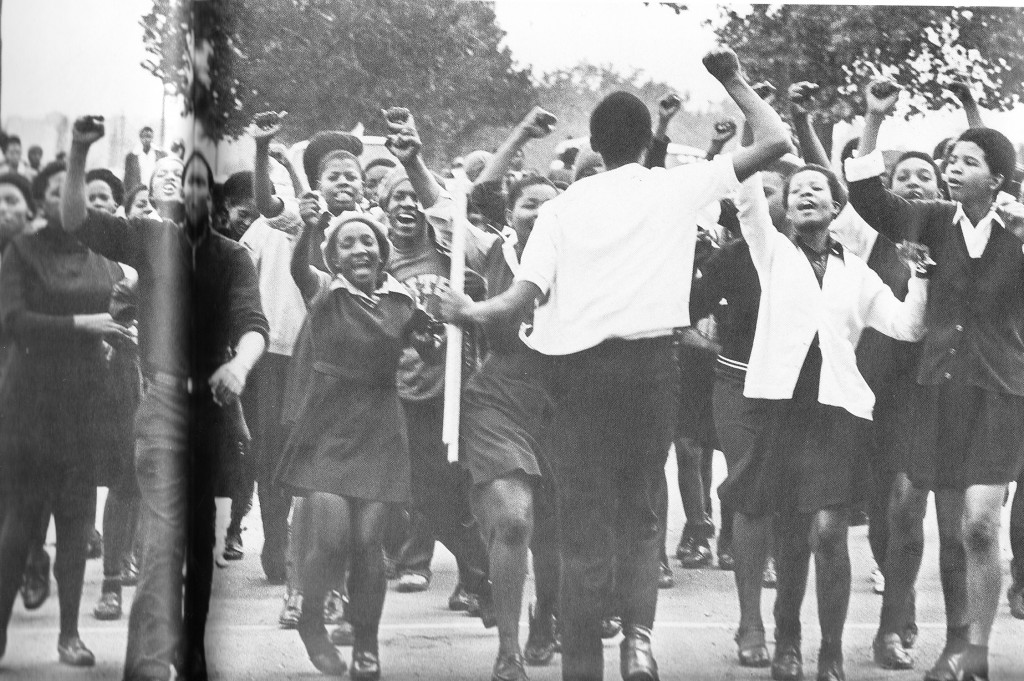 Consequently, the only stories that are told are those of the brave young men of that generation; those of the many brave, but nameless, young women don’t matter much in our national consciousness and memory.

Take Sam Nzima’s famous image of Mbuyisa Makhubu carrying Zolile Peterson’s dead body for example. In the same frame on that image is a clearly emotional Antionnette Sithole. But she bears little significance, she is afforded no historic currency at all besides being known as the sister of the dead boy carried by Makhubu whose whereabouts are today unknown. She is cast either as an ahistorical or unhistorical object in the enterprise of historical manufacture. Nothing is said about the fact that she was a young woman who had made a conscious decision, like many others, to protest on that day. We simply know her as ‘Hector’s sister’.

The subtle consensus constructed through this distorted version of and approach to history is that 16 June was, first, conceived by men and led by men only; second, an exclusive initiative by students only; and third, a one day event which changed the course of history.

Stories and experiences of less known people, particularly women, involved in 16 June are generally disregarded and undermined. There are numerous Black women, little known because they were not in leadership positions or did not appear on photographer’s frames, whose involvement, contributions and experiences during the uprising were significantly profound.

Even the only woman who was an executive member of the Soweto Students’ Representative Council (SSRC) and General Secretary of the South African Student Movement (SASM) that planned and organized the 16 June uprising, Sibongile Mkhabela, is least spoken about and less known. Her contributions to and sacrifices for the liberation project are unknown to today’s youth.

And she is not an exception.

Think of the silenced broader influences of women like Winnie Motlalepula Kgware who worked very closely with the students as a teacher and had an influential role in the launch of the South African Students' Organisation (SASO), later becoming the president of Black People’s Convention (BPC), an umbrella body of the Black Consciousness Movement. Mama Kgware’s name, the first woman to be elected as president of a political organization in South Africa, never appears on any public platforms in this country.

Other residents and Black people of Soweto who were directly or indirectly involved and affected by the 1976 students’ uprising, like community activists, parents, officials, shop owners, nurses, doctors and teachers like Nozipho Joyce Mxakathi (now Diseko) also disappear completely from our memory when the story is narrated.

Another serious limitation of the way memory about 16 June is reconstructed today is the lack of detail about the subsequent arrests, tortures and killings that occurred days and months after that initial day; right up to the trial of the Soweto 11 who were accused of sedition for planning and organizing the student protest in 1976.

For days, weeks and months after 16 June the Black community was under siege and terrorized by blood-thirsty police whose mandate was to capture or kill student leaders. In the book, ‘Soweto 16 June 1976: Personal Accounts Of The Uprising’, Martha Matthews who took part in the protests is quoted as having said:

“The following day it was worse because these Boers were now following people inside their yards. We could not go out. We could not go buy in shops… The Boers’ cars were patrolling, and they were driving very slow, very slow. I am telling you, if you want to die just get outside the house… They could even shoot a toddler as young as six years”.

Then there are the stories of those that died on 16 June 16; none speaks for the dead as history is reconstructed and told. The contestations over the lifeless bodies of those killed that ensued between the state, their families and communities are muted and unknown.

One person who tells this story is Thomas Ntuli who was a grade 8 student in 1976. In the above-mentioned book he reveals that:

“The victims of June 16, and the days thereafter, would not be buried like the other dead. Their bodies did not belong to their families. They were contested between the State, the families and the community. Community members wanted to inscribe the bodies with messages for the ‘the struggle’. The State, however, demanded that the burial should not be political”.

This parochial approach to history also minimizes the scale of the viciousness, violence and brutality of the racist apartheid regime. The extent to which, not only the students, but the entire Black community and families were affected by the 16 June uprising becomes obscured and blurred.

Stories of home invasions at night, police threats, beatings, sexual harassment, interrogations and torture of many women, mostly mothers, grandmothers and aunts of students, are downplayed and mentioned in passing at best, or completely erased at worst.

This obfuscates the stories and experiences of many ordinary Black people, women especially. It inscribes glorified men as the sole-supreme actors and only agents of history, projecting women as mere insignificant shadows, passive, without any agency. This is epistemic violence against Black women.

It is, in fact, the traditional modus operandi of the elite that record history to erase and silence the voices of women and ordinary people. The Euro-patriarchal elitist approach, not only to the writing of history but also in the honouring of struggle icons, erases the memories and experiences, and silences the stories and contributions of ordinary Black women, women activists and women intellectuals.

We must understand that this approach to history is fundamentally rooted in Eurocentric ethos. Mohau Pheko writes that “almost every canonized western philosopher is on record as viewing women as inferior, incompetent, or disqualified epistemic or moral agents”. Indeed, European scholars and philosophers like Aristotle, upon whose ideas today’s democracy is built, were misogynist.

In his book, ‘Homosexuality & The Effeminization Of Afrikan Males’, Dr Mwalimu Baruti also reveals that “beginning with the fathers of stolen European philosophy, not only were women seen as unfit for the love of men, but they were also judged as innately inferior and of less social, political, economic, religious and, therefore, cultural significance and value”.

So ultimately, histories constructed in Euro-patriarchal societies called ‘democracies’ today, shaped and informed by the dominant Eurocentric culture that permeates every fabric of our being and social existence, must innately eliminate women. These histories must advertently erase, silence and debase women; her story does not qualify as history.

In this way, violence against women, misogyny and patriarchy are perpetually institutionalized through this erasure of the memory and contributions of women in socio-economic and political revolutions. Liberation struggles, we are made to believe, are the products and field of elite ‘great’ men only; as a result, history, therefore, must necessarily continue to be a male-dominated theatre.

So, as we honour the memory and commemorate the sacrifices of the youth on 1976, we must understand that the June 16 generation were heterogeneous and diverse in many respects. We must acknowledge the critical role played by young Black women in that students’ uprising. Their contributions must be equally remembered, evoked and celebrated. Otherwise, we continue to institutionalize violence against women through their erasure from national memory and our collective consciousness.

* THANDO SIPUYE is an Afrikan historian and a social scientist. He is an executive member of The Ankh Foundation, the Blackhouse Kollective and the Africentrik Study Group based at the University of Sobukwe (Fort Hare). He writes in his personal capacity.