We need to accelerate gender parity in the Fourth Industrial Revolution 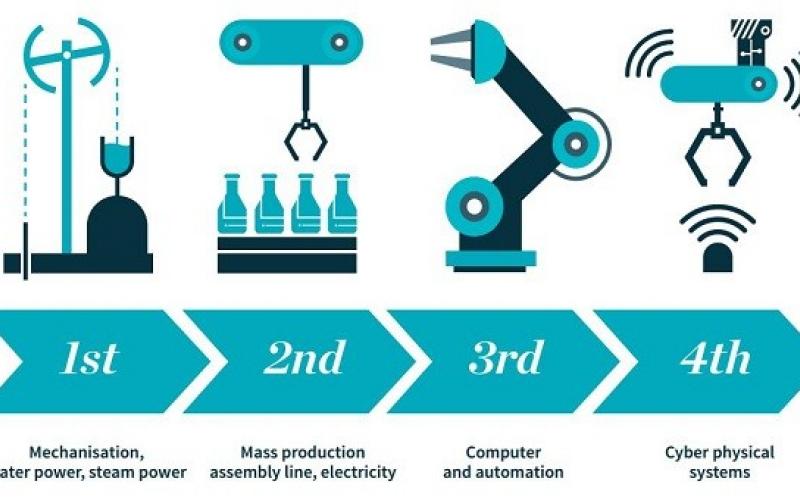 The authors write about the importance of the prospect of gender parity in the Fourth Industrial Revolution, especially in terms of how the digital economy could help shift the playing field towards greater women empowerment.

The Fourth Industrial Revolution (4IR) is changing the ways we connect with each other, with information, and with the world, especially in terms of using the Internet. Technologies like machine learning, big data analytics, automation, artificial intelligence, 3D printing, and robotics are allowing us to solve more and more complex problems.  Mobile and cloud technology is at the centre of it.  More and more, we are seeing the spread of Internet-based service models.

The 4IR also opens new windows of opportunity for gender equality by improving female participation in economic life and thus enhancing the economic and social autonomy of women.

Given that mobile and digital technologies offer women the potential to bypass some of the traditional cultural and mobility barriers, particularly in emerging and developing countries, the new technologies could help women access new markets, work flexibly and distantly, acquire and interact with customers, receive training and provide mentoring, improve financial autonomy and access finance for their ventures.

Generally, women possess superior social or soft skills, which can expect increasing rewards on labour markets in the 4IR. Such social skills are often a feature of women-dominated jobs and they include, for instance, emotional intelligence, a heightened sense of responsibility towards the wider community, greater empathy, more effective communication and a greater willingness to adapt to changing circumstances.

These soft skills ought to assist women in avoiding the enormous employment losses from automatisation, which, in developed countries, are predicted to account for up to 60 percent of all jobs over the next two decades. The female social skills advantage could be developed even further if complemented by competencies in cognitive skills and advanced digital literacy, which are competencies for the 4IR. Such skills complementarities are expected to increase, and they could open the way for women into better-paying management and leadership type of jobs.

Digitalisation which is central to the 4IR offers a variety of opportunities for female empowerment and for a more equal female participation in labour markets, financial markets, and entrepreneurship. Research indicates that digitalisation seems to favour female labour force that faces lower risk of being replaced by machines, as compared to male labour force.

Equally, gender inequalities may prevent women from fully benefiting from opportunities offered by digitalisation. Women often find themselves trapped in a vicious circle, where current gender gaps hinder the chances for future improvements. Thus, prevailing legal and cultural restrictions towards female autonomy in many emerging and developing economies tend to prevent women from accessing digital devices that could help overcome some of these restrictions.

Even in the most developed countries, lower female enrolment rates in higher education, especially in Science, Technology, Engineering and Mathematics (STEM) fields, deter women from fully realising the chances offered by digitalisation. Accordingly, women are at risk of missing out on the most promising jobs of the 4IR.

If women are to realise their full potential in the 4IR, then they need to target these current gender gaps. Many of these gender imbalances can effectively be addressed by means of deploying new digital technologies.

Internet penetration rates also remain higher for men than women in all regions of the world. In pursuance of gender equality in Internet penetration, there is need for renewed action to bridge the increasing digital divide. A recent United Nations report highlighted key action areas that all women fully participate in the online world. The report also indicated that structural inequalities remain and impede women’s full and equal participation in the digital economy.

There is need for quality education, with emphasis on STEM for all children in order to develop the necessary tools to create careers in those fields. Currently, women only represent 30 percent of those studying STEM. This impacts generations of content as well as new technologies. One great challenge is to include more women in the design, development, implementation, and regulation debates in all technologies, in particular with artificial intelligence.

Numerous research studies have also demonstrated the value of a more balanced workforce and how it leads to better products and better results. Different experiences, viewpoints, knowledge, and perspectives are key ingredients for creativity, conflict resolution, and critical analysis – all crucial to innovation in science and technology fields.  This understanding has led to extensive efforts to balance the work force – efforts by governments around the world, efforts by our learning institutions, and efforts by corporations.

According to a Laotian proverb, “The voice of a poor man does not carry very far.” Neither does the voice of a poor woman. That is why we need to continue the struggle for women’s equal rights, especially the most disadvantaged. While we talk of the coming Fourth Industrial Revolution and the “digitisation of everything”, we sometimes forget that many people are still struggling to move beyond the Second Industrial Revolution. The rights of women – roughly half the world’s population – to access the means to economic prosperity and the benefits of technology (as well as the protection from its dangers) will have a positive impact on the whole of society. Planning for success without planning for the rights of women is an unequal formula doomed to fail.

Studies suggest that if governments and businesses double the pace at which women are becoming digitally fluent, we could reach gender equality in the workplace by 2040 in developed nations and by 2060 in developing nations. If we don’t, then the 2014 Gender Gap Report issued by the World Economic Forum predicts that the world would reach gender parity only by 2095. As the world pays lip service to the question of gender parity, that forecast worsens, with the gap anticipated to close as late as 2133. That is 117 years from now, multiple generations away.

A new inclusive developmental equation must be forged between the State, the market and society to make progress towards an equitable development model based on employment, economic productivity growth, social well-being and environmental sustainability.

In this connection, Information and Communications Technologies (ICTs) provide essential support across all economic, political, cultural and social activity. As such, they are potential allies in the drive to achieve equality by helping reduce the gender inequities, which constitute not only a gender digital gap but also a social divide. If women are to enjoy opportunities in a context of extremely rapid technological development, they must have access to ICTs, although this alone will not suffice.

New digital tools are empowering and can serve to support a new source of inclusive global economic growth. To seize this opportunity, it is essential that no one, and especially no woman, is held back in trying to achieve their aspirations. Now is the time to step up the efforts and take advantage of the digital transformation to ensure that it represents a leapfrog opportunity for women and a chance to build a more inclusive digital world.

Disruptive changes to business models will have a profound impact on the employment landscape over the coming years. Many of the major drivers of transformation currently affecting global industries are expected to have a significant impact on jobs, ranging from significant job creation to job displacement, and from heightened labour productivity to widening skills gaps. By one popular estimate, 65 percent of children entering primary school today will ultimately end up working in completely new job types that don’t yet exist.

Past waves of technological advancement and demographic change have led to increased prosperity, productivity and job creation. Anticipating and preparing for the current transition is therefore critical. It is up to us to ensure that women have the skills to adapt to these changes. If girls and women do not have access to, control over and full use of technology, they will simply be left behind.

The 4IR presents us with a unique opportunity to change the trajectory of gender inequality globally, as governments recalibrate policies to future-proof their economies.

*Stephanie Govender is an educator, Kanchan Aaron is an insurance consultant, Jasmina Soni is a financial consultant and Jenny Soonderjee is an educator and they all write in their personal capacities