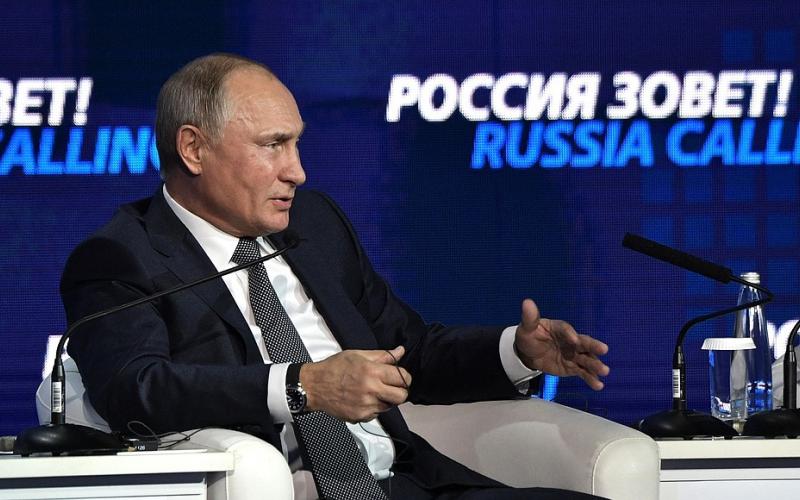 As Russia prepares to host the first ever Africa-Russia summit in October 2019, the author looks at Africans’ expectations of this new relationship between the former Soviet Union and African countries in the face of growing competition for the continent’s resources.

In a February decree posted on the Russian government’s Official Legal Information Portal, Russian President Vladimir Putin has appointed his aide Yuri Ushakov to chair the organising committee paving the way for the first Russia-Africa summit that Moscow plans to host in Sochi. The Russian government is to ensure financing of the expenditures related to hosting the summit and the decree has further assigned Rosscongress, a major organiser of international conventions, exhibitions and public events, the task performer.

The idea to hold a Russia-Africa forum was initiated by President Putin at the BRICS (Brazil, Russia, India, China and South Africa) summit in Johannesburg in July 2018. This first Russia-Africa summit will definitely enhance mutual multifaceted ties, reshape diplomatic relationships and significantly rollout ways to increase effectiveness of cooperation between Russia and Africa.

Policy experts have suggested, however, that the Kremlin has to substantiate its future African policy agenda with consistency, activeness and support, and enhance its participation in the economic development of Africa.

“Indeed, through the summit, Russia has to discover specific expectations, new directions and how to deal with Africa. The games there have completely changed, many global players have also adopted investment strategies more appealing and acceptable for Africans,” Kelvin Dewey Stubborn, South African based senior analyst on BRICS and African policy, told me by email from South Africa.

He suggested that, “the Russia-Africa summit has to focus discussions on new development-oriented thinking and how to transfer Russian technology to industry and agriculture more collaboratively, and a lot more cooperation on employment creation across sectors. That’s the best way to sustain peace and eradicate conflicts in Africa.”

South African business tycoon, Sello Rasethaba, questioned how Russia was going to establish a thriving trade relationship with Africa for the benefit of all. In reality and effective practical terms, how does Russia want to reposition itself in relation with Africa? With business relationships, Russia has to consider practical strategies in consultation with African countries. The fact that the middle class is growing in leaps and bounds in Africa makes this market even more attractive and opens more opportunities also for Russian businesses.

“The current investment and business engagement by foreign players with Africa is on the increase. There are so many unknowns up there in Russia; it’s crucial that Russia has a clear vision of the relationship it wants with Africa. Russia together with African countries must setup sovereign wealth funds using the resources power of those countries,” he said.

There are similar views and sentiments. Rex Essenowo, Member of the Board of Trustees of Nigerians in Diaspora Europe and Senior Executive of Asian Africa Trade, a Moscow based business lobbying non-government organisation, said it was unfortunate that some people consistently undermine Africa’s strategic interest, that is infrastructural development and lifting its vast population out of poverty. Playing the conflict card is strategically destructive because the warring parties want to present Africa as unsafe for investments.

“It is for African leaders to remain focused on the right direction, resolute in conflict management and rolling out new implementable policies oriented towards building infrastructure, modernising agriculture, investment in manufacturing and industry – these will offer employment for the youth. Meanwhile, we are not even using one tenth of our capacities on investment promotion at international platforms,” he added.

Essenowo further argued that the future of Russia-Africa relations has to take into cognisance the true meaning of building a platform for civil, media and cultural as well as people-to-people interaction, helping to change the attitudes and mentality, remove old stereotypes—these are important steps for improving business cooperation. In addition, Russia could help to deepen understanding through regular dialogue with the civil society and governments, as a basis for economic growth, development, as well as motivation for confidence among Russian investors within the region.

Despite its global status, Russia lacks assertiveness in Africa. Zimbabwe’s Ambassador to Russia, Major General (rtd) Nicholas Mike Sango, told me in an interview discussion that, “For a long time, Russia’s foreign policy on Africa has failed to pronounce itself in practical terms as evidenced by the countable forays into Africa by Russian officials. The Russian Federation has the capacity and ability to assist Africa overcome these challenges leveraging on Africa’s vast resources.”

Mike Sango further expressed his views as follows: “Africa’s expectation is that Russia, while largely in the extractive industry, will steadily transfer technologies for local processing of raw materials as a catalyst for Africa’s development.”

Many former ambassadors, mostly from the Southern African region, have also tasked African leaders to prioritise concrete development projects and reminded them that it was necessary to make rational choices, push for “African solutions to African problems” within the Sustainable Development Goals when they finally gather at the forthcoming October summit in Sochi.

The summit sessions have to discuss thoroughly “the whole range of development issues that will ultimately form the future African agenda” and analyse them through the prism of rivalry and competition among foreign players on the continent, according to summarised separate media interviews with former African envoys who served in the Russian Federation. Now, Africa finds itself in an excellent position of having many suitors – each offering something it needs for its development, they acknowledged.

Quite recently, Vyacheslav Volodin, the Chairman of the State Duma, told an instant meeting held with the Ambassadors of African countries in the Russian Federation, that Russia would take adequate steps to deliver on pledges and promises with Africa countries. “We propose to move from intentions to concrete steps,” Volodin reassured.

On the summit, Foreign Affairs Minister Sergey Lavrov has explained that arranging an event on such a large-scale with the participation of over 50 heads of state and government as well as African business people who have been looking to work on the Russian market required most careful preparation, including in terms of its substantive content and format.

“The economic component of the summit has a special significance as it would be of practical interest for all the parties. As such, specific Russian participants in bilateral or multilateral cooperation should be identified, which are not only committed to long-term cooperation but are also ready for large-scale investments in the African markets with account of possible risks and high competition,” Minister Lavrov noted in an interview posted to his official website.

For decades, Russia has been looking for effective ways to promote multifaceted ties and new strategies for cooperation in energy, oil and gas, trade and industry, agriculture and other economic areas in Africa.

President Vladimir Putin noted at the VTB Capital’s Russia Calling Forum, that many countries had been “stepping up their activities on the African continent” but added that Russia could not cooperate with Africa “as it was in the Soviet period, for political reasons.” In his opinion, cooperation with African countries could be developed on a bilateral basis as well as on a multilateral basis, through the framework of BRICS for instance.

But so far, Russia has not pledged adequate funds toward implementing its business projects and other policy objectives in Africa. Russia’s investment efforts in the region have been limited thus far, which some experts attribute to lack of a policy of financing such projects. While the Russian government is very cautious about making financial commitments, Russia’s financial institutions are not closely involved in foreign policy initiatives in Africa.

As publicly known, China has offered US$60 billion, Japan US$32 billion, and India US$25 billion, while large investment funds have also come from the United States and European Union, all towards realising the Sustainable Development Goals in Africa.