Tribute to the memory of Professor Samir Amin 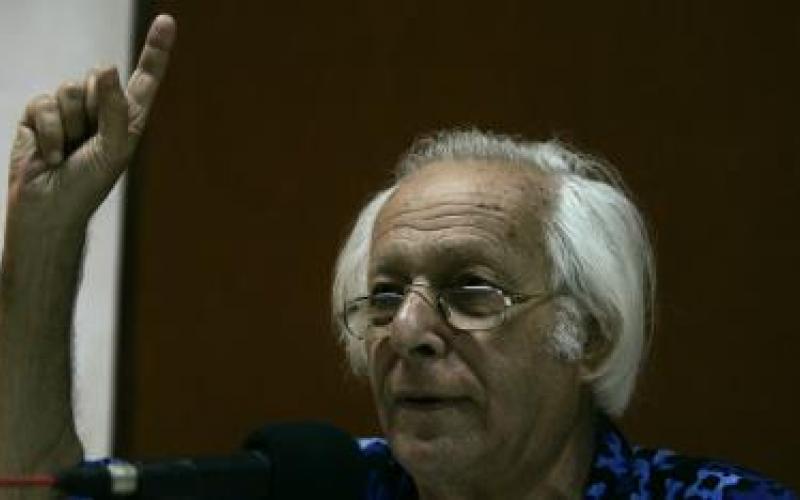 Honouring the legacy of Samir Amin, Professor Togba-Nah Tipoteh calls on all progressives the world over to draw inspiration from the work of Samir Amin in order to enhance the work to liberate the oppressed from the oppressor.

Every problem provides an opportunity for a progressive to work on eradicating the problem in the drive to move society forward for the better. In this case, the problem is the vacuum created by the passing away of Professor Samir Amin.

The passing away of Professor Samir Amin provides an opportunity to present the societally relevant definition of progressive. Conventionally, a progressive is considered to be someone who speaks and/or writes about the works of scholars, such as Marx and Engels because of their exposure of the capitalist reality, and is vocal about the crisis in capitalism.

Many people often become dumfounded when they observe “progressives” collaborating with state managers in the capitalist-driven systemic poverty-generating syndrome. Such collaboration clearly means that these “progressives” are not progressives. A progressive, in the people-oriented definition, is a person who works in the interest of the masses of the people. This work is consistent with the speaking and/or writing of the progressive.

Such consistency can be observed in the relation between the work and the speaking and/or writing of Professor Samir Amin. The main evidence of the consistency is seen in his work with the United Nations Institute of Development and Economic Planning (IDEP), based in Dakar, Senegal. Professor Amin provided effective leadership in directing IDEP to bring together, over the years, many people-oriented social scientists from various parts of the world who did not have the financial standing to organise meetings among themselves to promote the cause of the oppressed masses around the world.

Numerous workshops/seminars/courses were held at IDEP, providing the basis for progressives to meet and coordinate their work in several countries in all of the continents. One of the outstanding scientists, an economist, Professor Ngo Mahn Lan of Vietnam, a close co-worker of Professor Amin, passed away over a year ago.

Professor Dani Wadada Nabudere of Uganda, who also passed away more than six years ago, was one of the consistent co-workers in the struggle to work within the global context that Amin worked in. This context becomes of particular interest at this time when the height of the capitalist hegemony is bent on destroying the global unity that renders progressive work cohesive. In his path breaking work on the indispensability of communities within the global context, Nabudere presented “glocalism”, the concept that places communities in primacy societally. The concept that the community is the guarantor of the people’s interest falls within the theoretical realm of the oppressed people being in charge of their liberation because the oppressor, living on the oppressed, has no interest in liberating the oppressed.

The best way to honour Professor Samir Amin and all other progressives who have passed away is to do something better for the living. Therefore, here is a clarion call on progressives the world over to draw inspiration from the work of Professor Amin in order to enhance the work to liberate the oppressed people of the global village.

* Togba-Nah Tipoteh is Professor of Economics and Founding Leader of the Movement for Justice in Africa based in Liberia.